Tesla Inc. said on Wednesday that the fair market value of its bitcoin holdings was $2.48 billion, suggesting it is sitting on a sizeable gain on its initial investment.

The Palo Alto, California-based electric-vehicle maker announced in February that it had invested an aggregate $1.5 billion in bitcoin, and said it would begin accepting the cryptocurrency as payment.

“It is our intent to hold what we have long term and continue to accumulate Bitcoin from transactions from our customers as they purchase vehicles,” said Tesla CFO Zachary Kirkhorn.

While Tesla has plans to hold bitcoin over the long term, the company said on Monday that it booked a $101 million net profit from selling a portion of its holdings. Tesla said it does not mark its bitcoin position to market and therefore only recognizes a profit after it sells the cryptocurrency.

Texas man dies after attack by aggressive swarm of bees

Wed Apr 28 , 2021
Authorities say a Texas man has died after going into cardiac arrest when he was attacked by an aggressive swarm of bees outside his home ByThe Associated Press April 28, 2021, 2:16 PM • 1 min read Share to FacebookShare to TwitterEmail this article BRECKENRIDGE, Texas — A Texas man […] 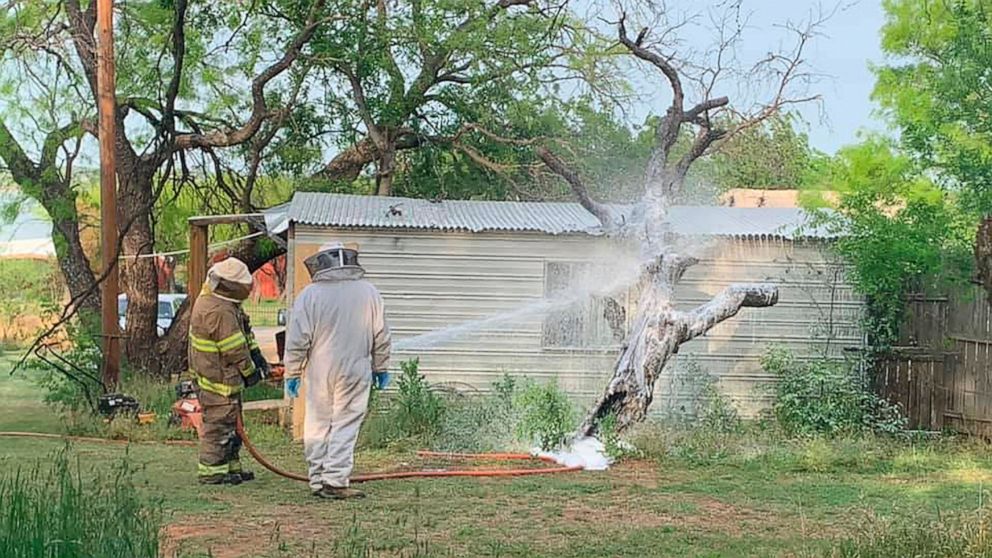