With Americans murdered every day by criminal foreign nationals Congress decided to finally get down to business and do what needs to be done.

They went to work on Day Light Savings.

Not to be outdone the Liberals in Chicago decided the daily killings and drug overdoses must be dealt with and the best way to accomplish this was to release another felon.

Yes, yes, the Jussey is Loosey.

A “writer” for the Atlantic told them both to “hold my beer” with their detached from reality column which stated, “On Top of Everything Else, Nuclear War Is a Climate Problem.”

Nuclear War, the killer of the climate, humans be damned.

I’m sure Alexandria O’Crazy bawled, “We don’t have time for Nuclear War the planet will be dead in ten years” as she cashes checks sent from Russian oligarchs intent on pushing the fake climate change ruse to line their pockets while the District Attorneys in California continue to try and fast forward this Greta Collapse by releasing arsonists in the Golden State so the season now known as Smoke can last at least through October.

“Fossil fuels are killing the country” while millions of acres filled with plastics and solar panels burn for months every year in the mask/vax ridden Gavin Newsom debacle referred to as governance.

The Biden Administration continues to do its best to put Brandon in the best light possible by limiting his contact with children, expanding his nap time and pushing Mamala forward with every possible “crisis”.

The implication is simple.

You may not like Joe but it could be worse. . .unless you are Britney Griner.

The Black Lives Blatter non gender specific yet somehow “lesbian” anti-pronoun using athletic supporter was arrested in Russia on drug charges where she continues to be locked up or down depending on your usage of directional verbiage.

The tatted American hating center was picked up with “cannabis oil” as she attempted to enter Putin’s Party to “hoop” for a Russian team.

Companies all over the world are boycotting Russia but not Britney.

It appears she wasn’t up on current affairs or didn’t care and thought she could enter into Russia with weed because she voted Biden and need to be gettin’ paid!

Unfortunately for her it appears she “ain’t black” enough as Biden lets her rot while Kamala cackles.

I wonder if she’s sitting in her cell realizing that she wouldn’t be there if Trump was in office.

How can you say that Jason?

A very similar situation happened in China with another Black Jives Chatter basketball “star” locked up for theft.

The Donald made a phone call and voila the Communist Chinese government released one of the Ball boys.

Of course Trump is a racist and Biden is a savior then again maybe Brandon is on to something.

Let’s put Kaepernick on a plane to Moscow, as he no doubt reeks of Mary Jane, to negotiate for her release.

Free Britney or even better Bad Vlad will keep them both.

We can trade for the return of Edward Snowden.

Sun Mar 20 , 2022
From the time he bought Starbucks in 1987 to the time he stepped down as chairman in 2018, Howard Schultz consistently — and successfully — fought attempts to unionize Starbucks’ U.S. stores and roasting plants. But Schultz — who was recently named Starbucks’ interim chief executive — never confronted a […] 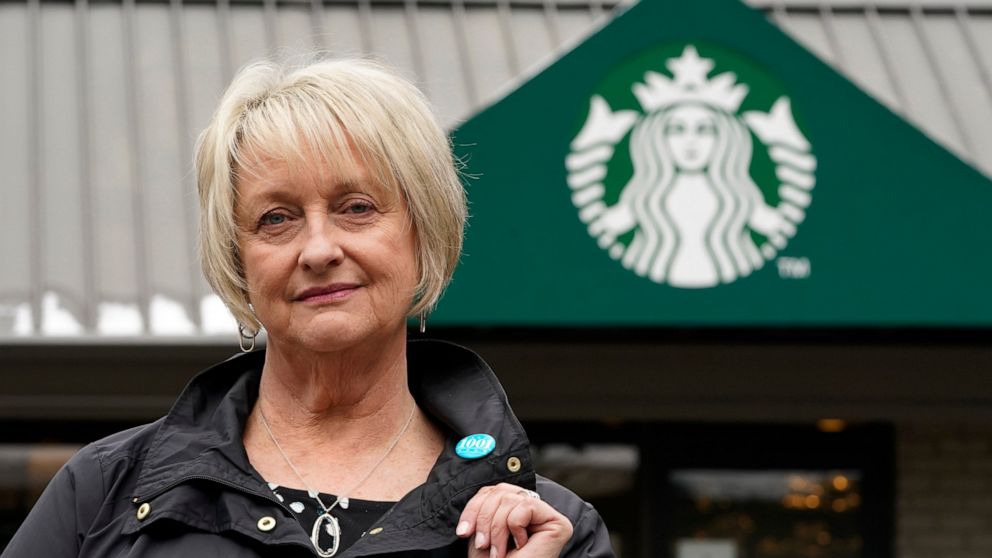