As of Monday, the internal war in the Democratic party is in full bloom. The former mayor of New York City, Michael Bloomberg, started to attack Senator Bernie Sanders I-Vt., on gun control issues.

Just ahead of the South Carolina Democratic presidential debate Tuesday, Bloomberg posted an ad on his Twitter account that hits Sanders hard on his views for the use of guns.

The ad displays Sanders taking pro-gun stances in Congress and accuses Sanders of getting elected to Congress with the help of the NRA multiple times.

In the ad a 1990 letter by chief Wayne LaPierre of the NRA is cited. It shows that Sanders is a better choice for Vermont than former Republican Representative Peter Smith. An assault-weapons ban was backed by Smith.

The caption on the ad reads, “With that letter, and thousands of dollars in advertising, the NRA helped elect Bernie Sanders to Congress. Sanders voted with the NRA and opposed federal background checks by trying to block the Brady Bill 5 [sic] times.”

Here is the ad posted on Twitter by Bloomberg:

The NRA paved the road to Washington for Bernie Sanders.

He spent the next three decades making sure they got a return on their investment.

We deserve a president who is not beholden to the gun lobby.#NotMeNRA pic.twitter.com/HLYZe4J5PM

The timing of the ad comes at a critical time because Sanders won big in the Nevada caucuses. Sanders, on the other hand, had a very poor showing in the Nevada Democratic debate.

Bloomberg has donated large sums of money to anti-gun groups and even started his own anti-gun organization which is called “Everytown for Gun Safety” in response to the Sandy Hook mass shooting.

The organization then helped organize students who witnessed or were affected in another mass shooting in Parkland, Florida.

In 2012 Sanders had a bad rating of a D-minus from the NRA. Sanders, in reality, is no friend of the NRA or pro-gun lobbyists.

Sanders tweeted out this:

People are sick and tired of gun violence, and the time is now for all of us together to stand up to the NRA.

I am proud to have the support of these young leaders in the fight against gun violence. pic.twitter.com/WTvdMPZ525

The Bloomberg ad shows Sanders’ quotes on Vermont being a “rural” state and that Sanders voted with the NRA in 2005 that ensured gun manufacturers would not be held responsible for crimes committed with their products.

The Supreme Court recently ruled that allowed Sandy Hook families to sue Remington Arms, which is the gun manufacturer, in state court.

We are seeing a pattern that shows that before a Democratic debate, issues are brought to light by the 2020 candidates and that those issues are brought into the attacks on each other on the stage on live TV in front of millions of viewers.

My presumption is that Bloomberg may attack Sanders on gun control issues during the upcoming debate in order to not come across as weak as he did in the debate in Nevada.

Will it work for Bloomberg? Time will tell.

Aren’t election years fun? This election has our freedom at stake and yet I find the players on the Democratic side to be somewhat pathetic but possibly fun to watch them destroy each other.

As Syrian forces advance on Idlib, families fear being trapped at Turkish border 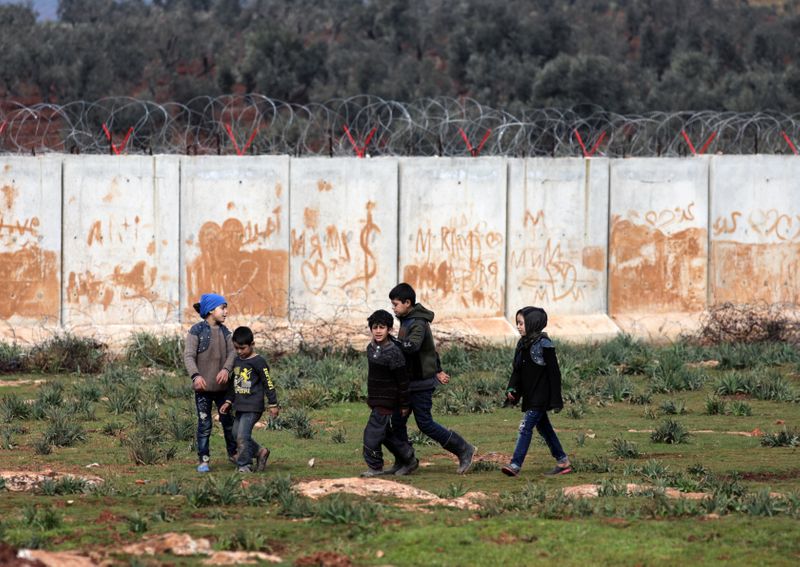