Patriotic Millionaires chairman Morris Pearl joins FOX Business to talk about 2020 Democrats’ wealth tax plans and what a fair tax plan would look like according to him.

Salesforce co-founder Marc Benioff, who has admittedly made a fortune with his company, is calling for an overhaul of capitalism in the United States which includes higher taxes for the rich.

In an op-ed written for The New York Times this week, Benioff said capitalism in its current form “is dead.”

“It’s time for a new capitalism — a more fair, equal and sustainable capitalism that actually works for everyone and where businesses, including tech companies, don’t just take from society but truly give back and have a positive impact,” Benioff wrote.

THIS ‘PATRIOTIC MILLIONAIRE’ WANTS TO PAY MORE TAXES, THINKS OTHERS SHOULD TOO
NO INCOME TAXES? WHAT TO KNOW ABOUT STATES WHERE RATES ARE 0%

Benioff said that while capitalism allowed his company to generate billions, it has now led to “horrifying inequality.”

His “new capitalism” would require companies to shift focus beyond making profits, including a larger emphasis on stakeholders, economic and social challenges, as well as philanthropy.

BlackRock CEO Larry Fink was one of the first CEO’s of a large public company to tell companies that they need to focus on more than just making profits — that they have an obligation to make a positive contribution to society.

Beyond corporate philanthropy and CEO activism, however, Benioff suggested a new tax system under which the “wealthiest among us” pay more.

“Nationally, increasing taxes on high-income individuals like myself would help generate the trillions of dollars that we desperately need to improve education and health care and fight climate change,” Benioff said.

He also added that local efforts, like the head tax San Francisco tried to implement last year, can also help.

The entrepreneur’s ideas sound similar to a number of proposals peddled by 2020 Democratic candidates, including Massachusetts Sen. Elizabeth Warren and Vermont Sen. Bernie Sanders. Both have proposed a number of ways taxes could be expanded on the wealthiest Americans in order to fund social and economic plans.

Tue Oct 15 , 2019
Former Rep. Pete Sessions, R-Texas, has been subpoenaed in a case related to President Donald Trump’s personal lawyer Rudy Giuliani and is fully cooperating with investigators, he told ABC News. “I’m cooperating with the U.S. Attorney from the Southern District of New York and will be providing documents to their […] 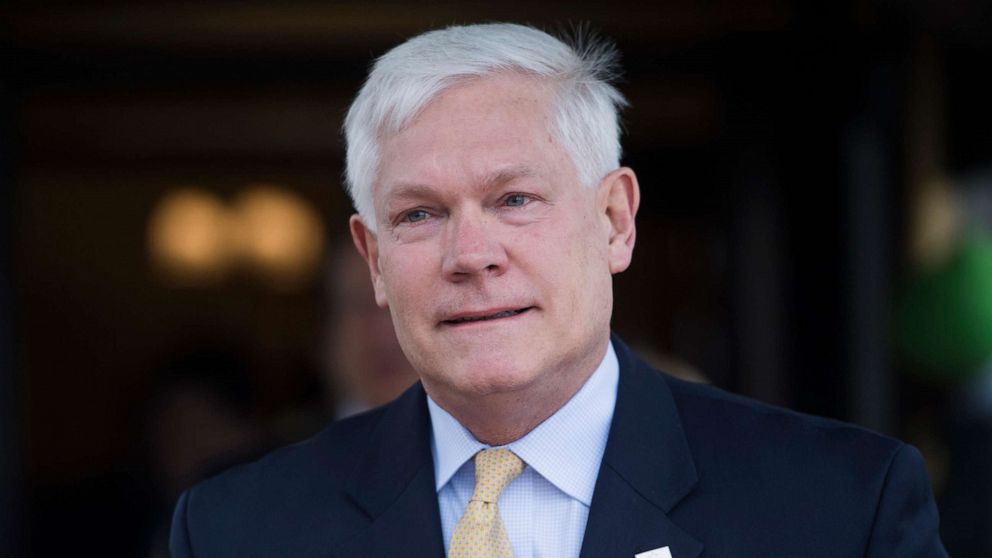