Michigan and Nevada could have federal funds withheld if President Trump has anything to do with it.

The two states have endorsed extensive mail-in voting and the President is not happy about it.

On Tuesday Jocelyn Benson, who is the Michigan Secretary of State, made an announcement that all registered voters in the state will be mailed an application to vote by mail in November. The plan was set forth to avoid risks of exposure to COVID-19.

Trump tweeted this about Michigan:

Breaking: Michigan sends absentee ballots to 7.7 million people ahead of Primaries and the General Election. This was done illegally and without authorization by a rogue Secretary of State. I will ask to hold up funding to Michigan if they want to go down this Voter Fraud path!..

Later on, Trump dealt with Nevada’s decision to have mail-in votes for their June primary election.

Trump then threatened to withhold funding from them too.

Nevada voters will not even have to apply for ballots. Voters will receive them in the mail whether they want them or not.

State of Nevada “thinks” that they can send out illegal vote by mail ballots, creating a great Voter Fraud scenario for the State and the U.S. They can’t! If they do, “I think” I can hold up funds to the State. Sorry, but you must not cheat in elections. @RussVought45 @USTreasury

In Texas, Attorney General Ken Paxton, announced, without delay, that his office is appealing the ruling where a federal judge sided with Democrats in allowing forms to be sent out to voters, to the Fifth Circuit Court of Appeals.

Trump and other GOP leaders are against any expansion of mail-in ballots. They are adamant that it leads to voter fraud.

Of course the Democrats are saying that cases of actual voter fraud are limited. They also say that Republicans are trying to curb voter turnout to advance their chances of winning elections.

On Monday Ronna McDaniel, who is the GOP Chairwoman, said that she remains against states sending ballots out to all voters. She does, however, agree with  sending applications for absentee ballots.

Am I missing something here? I don’t know how much at risk for COVID-19 we are as a country, will be in June, July, August, September or October, let alone in November.

But it appears that Michigan has a crystal ball of sorts because the state is ready to let all residents vote by mail because of the sheer danger that the coronavirus will have on voters months from now.

It’s bad enough that many Americans don’t trust the voting systems in the U.S., as it is. Dead people have been found to have voted in the past. We don’t even require voter ID in all states. Michigan and Nevada have a lot of nerve to think that they can change voting rules, at this time.

Mr. President, please don’t let this happen. They do cheat. We’ve seen and/or heard of it and we believe that Democrats cheat.

Wed May 20 , 2020
President Trump and his Republican allies are fighting the Democrats’ push toward impeachment by targeting the whistleblower in his case. The president tweeted Sunday night, “I deserve to meet my accuser.” He says the whistleblower’s information, claiming Mr. Trump asked Ukraine’s president to investigate Democratic rival Joe Biden, is “largely […] 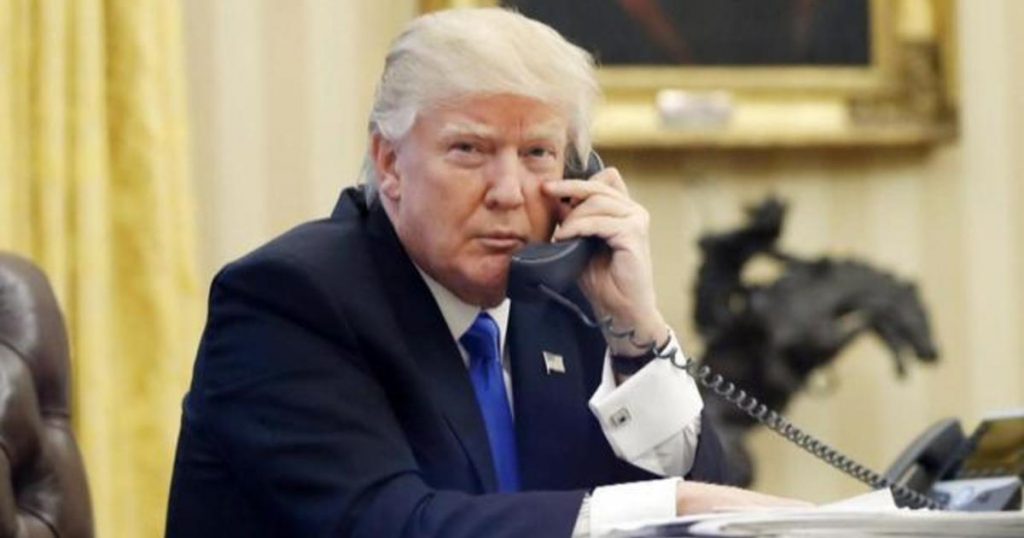