It appears that Republicans are, once again, not happy with Speaker of the House, Nancy Pelosi and her move to create a new House committee in response to the COVID-19 crisis.

As I explained yesterday, there is already oversight measures built into the stimulus bill that was passed last week.

Pelosi insisted that the committee was unbiased but Republicans are not buying what she’s selling.

House Minority Leader Kevin McCarthy has expressed his opinion on the bill in detail.

While on “Fox & Friends” Friday, McCarthy said, “This isn’t about oversight, it sounds like pure politics. Let’s take care of the crisis at hand right now. We have five different oversights already looking at this and this is what she comes up with?”

McCarthy also stated, “That’s why in the CARES act we implemented three new oversight entities within there that [Pelosi] has an appointment to, but we already have the Oversight Committee only to focus on this, and we also have…every single committee has an oversight subcommittee.”

He went on to say, “It seems to me that this is just politics as usual instead of focusing on the crisis we need to be today, focusing on the American public and getting the resources to them.”

McCarthy brought to light that the $2 trillion CARES Act that passed Congress last week already has oversight in it.

Measures consist of the Pandemic Response Accountability Committee, made up of inspectors general to locate and investigate waste and abuse of spending under the bill, and in response to the crisis. It also sets up a Special Inspector General for Pandemic Recovery to conduct oversight over stimulus spending by the Treasury.

On top of all that, is a Congressional Oversight Commission set to oversee spending by the Department of the Treasury and the Board of Governors of the Federal Reserve that is required to send reports to Congress every 30 days.

On Thursday Pelosi announced that she is creating a House Select Committee on the Coronavirus Crisis. She also stated that the committee will appoint both Democrats and Republicans and that it would have subpoena power to seek information from the Trump administration.

She went on to say that Democrats would hope that there would be cooperation because this was not a kind of an investigation of the administration but that it was about the whole response.

On Thursday President Trump said, “I want to remind everyone here in our nation’s capital, especially in Congress, that this is not the time for politics, endless partisan investigations. Here we go again. They’ve already done extraordinary damage to our country in recent years.”

The President also sent a letter to Senate Minority Leader Chuck Schumer, D-N.Y. I do love a well written letter!

You can see it here in this tweet by a friend of mine:

I guess Trump is getting upset with the wasteful spending and the actions of the Democrats. I know I’m upset with all the nonsense that is actually going on.

Do the job that you were paid to do Democrats!

Coronavirus catapulting US into deepest recession since WW2

Sat Apr 4 , 2020
UBS managing director Jason Katz on how coronavirus is changing the economy, markets and daily life. Get all the latest news on coronavirus and more delivered daily to your inbox.  Sign up here. Continue Reading Below The economic pain caused by the COVID-19 pandemic is just starting to be felt […] 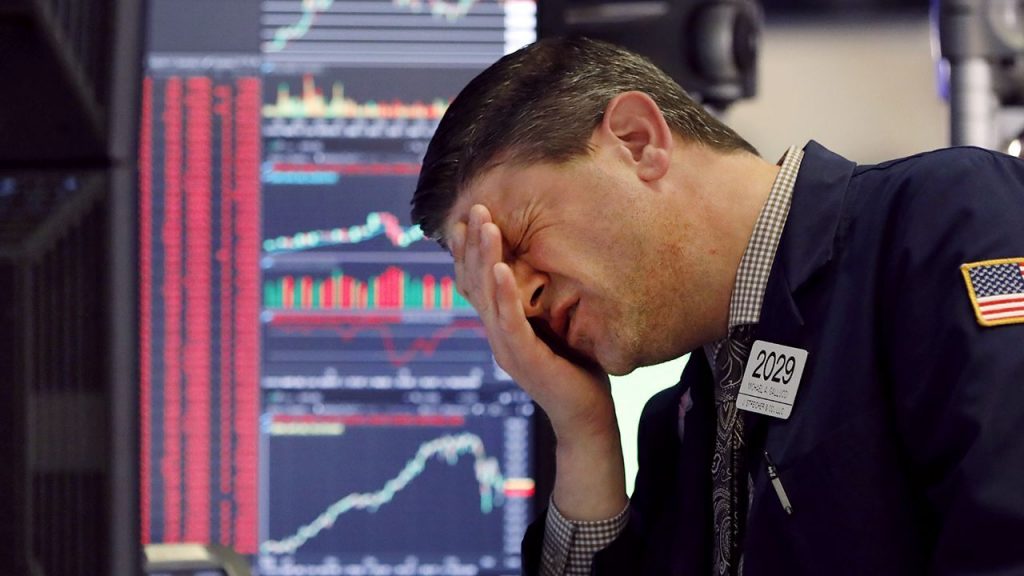