With the spread of panic because of the Chinese Virus it seems a very long time ago that two mumbling, bumbling “Progressives” were on stage.

The saddest part of the last Democratic debate wasn’t the CNN moderators, even those who were difficult to understand.

It wasn’t the two petulant children on stage attempting to discuss issues with which they have no actual experience.

It wasn’t even the Donna Brazile effect as it was perfectly clear neither one of them had any answers.

It was the BOREDOM.

I cannot believe I am saying this but for the first time ever Mike Bloomberg was missed.

Tiny Mike’s attempt to appear human was wildly entertaining and he brought the best (worst) out of the ranting beer slurping neurotic bigot known as Cheekbones Warren.

Even Yang’s math pin had more personality than the Bernie/Biden Vomitorium.

As the week continued the markets tumbled, the Fed fired its “bazooka” and interest rates actually went up.

Once the correct spelling of the word was pointed out to him he responded by calling it a typo and that of course he knew how to spell “Marital Law.”

Marco’s wife may need some counsel.

President Trump discussed helicopter money and Andrew Yang was given another fifteen minutes of fame as he ran around telling anyone who would listen “I told you so.”

Americans celebrated as the Canadian Border was finally closed.

The free flowing of maple syrup and Molson beer had to be stopped.

At the same time the Cartels continued to run the Mexican Government and push meth and marijuana through the one border that even the ChinaVirus cannot seal.

American college students were told to take an extended spring vacation due to the “outbreak.”

Many complied by heading to the beaches in Florida and getting hammered.

As of this writing not one case of the CoronaVirus has been reported on the beaches but plenty of cases of Corona have been reported missing.

It appears the kids realized there was more than one way to sanitize their bodies with alcohol and it wasn’t through wipes.

They also figured out imbibing booze in this fashion does not require the usage of toilet paper.

It wasn’t just the kids blowing off the “experts.”

Bay Area citizens were filmed taking walks and exercising outside.

Multiple politicians and CNN slobberers warned and threatened those who were not willing to stay “quarantined” in their homes.

The panicked  prima donnas tried again and again to guilt and scare the population and the overwhelming response asked a simple question.

Do you know ANYONE who has the “racist” ChinaVirus?

It appears the young people have decided to live what their parents and grandparents from the sixties taught them.

Don’t worry about the future.

Drinking, drugging and doing each other is groovy dude besides Social Security is toast and the kids ain’t got no jelly cuz jam don’t shake like dat!

The Sixties Progressive/NeoCons have buried the U. S. in unbearable debt, created never ending war, trashed the kids with a garbage education, and convinced them that smoking pot cures everything from insecurity to carcinoma.

They can choose their genders, don’t need jobs, and can take a pill to cure AIDS, so what’s the point of it all?

Besides, with cancer and AIDS under control, why bother to deal with something a tequila shot and some lime can handle.

Sun Mar 22 , 2020
NASA’s Earth Observatory pollution satellites show “significant decreases” in air pollution over China since the coronavirus outbreak began. Courtesy of NASA. Canal water in Venice has cleared up without boat traffic. Air pollution in China has plunged amid unprecedented lockdowns. In Thailand and Japan, mobs of monkeys and deer are […] 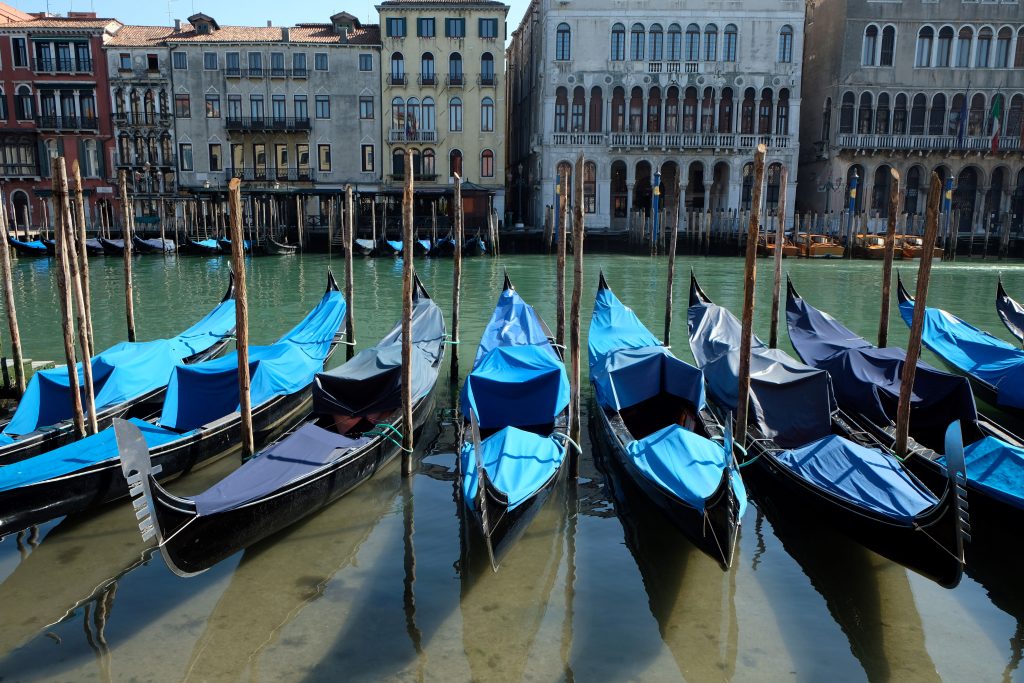