Republicans on Capitol Hill are becoming more vocal in their support of President Trump.

Lawmakers who are aligned with the president are complaining that the House Intelligence Committee Chairman, Adam Schiff, D-Calif., is not handling the impeachment inquiry the way it should be done.

Rep. Jim Jordan, R-Ohio, gave Schiff some harsh criticism for excluding some congressional Republicans from the hearings where testimony is being given. He also made reference to leaks that came out that were “cherry-picked” from the closed-door hearings and leaked to the press.

Jordan, in speaking about testimony from Fiona Hill, a former deputy assistant to the president said, “She was going to come voluntarily but he’s going to subpoena her I believe so he can ask certain questions and again keep those secret except for the certain things that he wants to leak, the cherry-picked information to the American people.”

Lee Wolosky, Hill’s attorney, tweeted on Monday that the former deputy assistant to the president had received a congressional subpoena.

On Monday, Wolosky tweeted this:

Our client, Dr. Fiona Hill, former Dep Asst to Pres, received a congressional subpoena, will comply and answer questions from Members this morning starting at 10 AM.

Jordan said, “The tragedy here and the crime here is that the American people don’t get to see what’s going on in these up in these sessions.”

Jordan is joined by Matt Gaerz in his support of Trump.

Why won’t the media ask these questions to @RepAdamSchiff or @SpeakerPelosi?

.@RepAdamSchiff is conducting his secretive impeachment proceedings in the basement of the Capitol, and now he’s kicked @mattgaetz out of today’s deposition.

This testimony should be available to every member of Congress and every single American. What is Schiff hiding?

It appears that Trump’s hand-picked ambassador to the European Union, Gordon Songland, will testify on Thursday.

Songland will be questioned on a collection of text messages from top envoys that provide a dramatic account of their work while acting as intermediaries around the time Trump spoke to Ukraine’s newly elected president, Volodymr Zelenskiy, on the now famous transcript of the July 25th call that President Trump released to start investigations into a company linked to the family of Democratic presidential runner, former Vice President Joe Biden.

There are expectations that came from the so called “whistleblower” that Songland might tell lawmakers that he understood that the administration was offering Zelenskiy a White House visit in exchange for a public statement committing to investigations that Trump wanted.

Songland will likely say that he did not know the company being talked about for an investigation was Burisma.

Burisima was allegedly tied to Joe Biden’s son, Hunter Biden. Songland apparently understood the discussions about combating corruption to be part of a much broader and publicized Trump administration wish. This is a part of what the “whistleblower” letter had said.

The still anonymous “whistleblower’s” identity is still a concern to Democratic lawmakers who are hell-bent on protecting the person from Trump’s threats over the matter.
On Sunday, Schiff said, “We don’t need the whistleblower, who wasn’t on the call, to tell us what took place during the call. We have the best evidence of that.”

Schiff continued that it “may not be necessary” to reveal the whistleblower’s identity as the House gathers evidence.

Schiff went on to say, “Our primary interest right now is making sure that person is protected.”

What say you? Are you convinced that Trump could possibly harm this anonymous person?

I say NO! The president should be able to confront his accuser.

This is a Kangaroo Court that is headed by Shifty Schiff and his pals in Congress.

Mon Oct 14 , 2019
Pacific Gas and Electric (PG&E) workers remain at the scene of a three-alarm fire that started after a construction crew hit a gas line on February 7, 2019 in San Francisco, California. Justin Sullivan | Getty Images California’s utility regulator is issuing a series of sanctions against PG&E for what […] 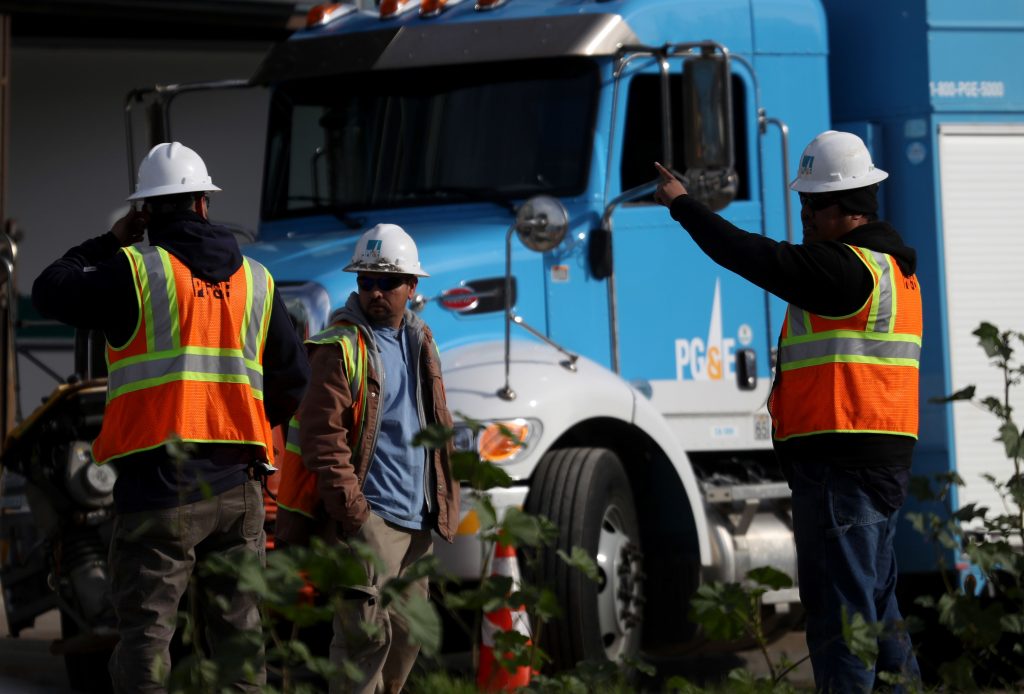