Sidney Powell, who is the lead attorney for former National Security Advisor General Michael Flynn, is quite adamant that former President Barack Obama was in on a plot to frame her client.

FBI agents had questioned Flynn, insisting that the General did not need a lawyer and that the FBI agents took a casual approach with Flynn. They did not tell him that they were investigating him and did not warn him that it would be a federal crime to lie during their conversation.

This factored to Flynn pleading guilty at first to providing a false statement to FBI agents in regard to his contact with Russian Ambassador Sergey Kislyak.

Flynn, with a change in attorneys representing him, changed his story and FBI tactics were then questioned.

Powell told Fox News, “These agents specifically schemed and planned with each other how to not tip him off, that he was even the person being investigated.”

Powell went on to say, “So they kept him relaxed and unguarded deliberately as part of their effort to set him up and frame him.”

There was an Oval Office meeting during which then Deputy Attorney General Sally Yates was surprised to hear Obama reveal that he knew about Kislyak.

Obama asked Yates and then FBI Director James Comey to “stay behind.” The former President then reportedly specified that he did not want any additional information on the matter, but was seeking information on whether the White House should be treating Flynn any differently, given the information.

Powell stated, “The whole thing was orchestrated and set up within the FBI, [former Director of National Intelligence James] Clapper, [Former CIA Director John] Brennan, and in the Oval Office meeting that day with President Obama,”

Powell was asked if she believed that Flynn was the victim of a plot that went all the way up to Obama.

Powell was also asked if anyone will face charges over this, and, if so, who.

Powell responded that it will be up to Attorney General William (Bill) Barr and U.S. Attorney John Durham of Connecticut, who has been investigating the origins of the Russia probe for quite some time.

As far as the judge in the Flynn case, Powell said she believes the judge will sign off on the charges being dismissed as soon as Monday.

Imprisoning a former president isn’t an easy task. That being said, imprisoning the first black president wouldn’t be something anyone would want to be a part of.

In conclusion, what do the American people want to see happen? Some would love to see the guilty sent to Guantanamo Bay but is this what would be best for the United States?

It wouldn’t unite the people of this great county and it would make some happy and others would oppose it with gusto.

The mainstream media are just as much to blame as anyone else. Do we imprison them too?

I believe that Americans must hear the truth. This cannot be denied. There is a two tier system in this country that usually deals with people in different manners.

The people of this great nation want justice. Can justice be reflected by the American people being told exactly what has happened with this county’s elite political vermin? I’m not sure.

The most important variant I see is that the mainstream media (MSM) has to change the way they report the news. If the news is reported correctly, then the general population has the facts. That can change the way Americans see their leadership.

Mon May 11 , 2020
Employers are planning to use coronavirus tracking tools upon employees returning to the workplace. FOX Business’ Kristina Partsinevelos with more. Get all the latest news on coronavirus and more delivered daily to your inbox.  Sign up here. Continue Reading Below The coronavirus curve has flattened, but at immense cost to liberty […] 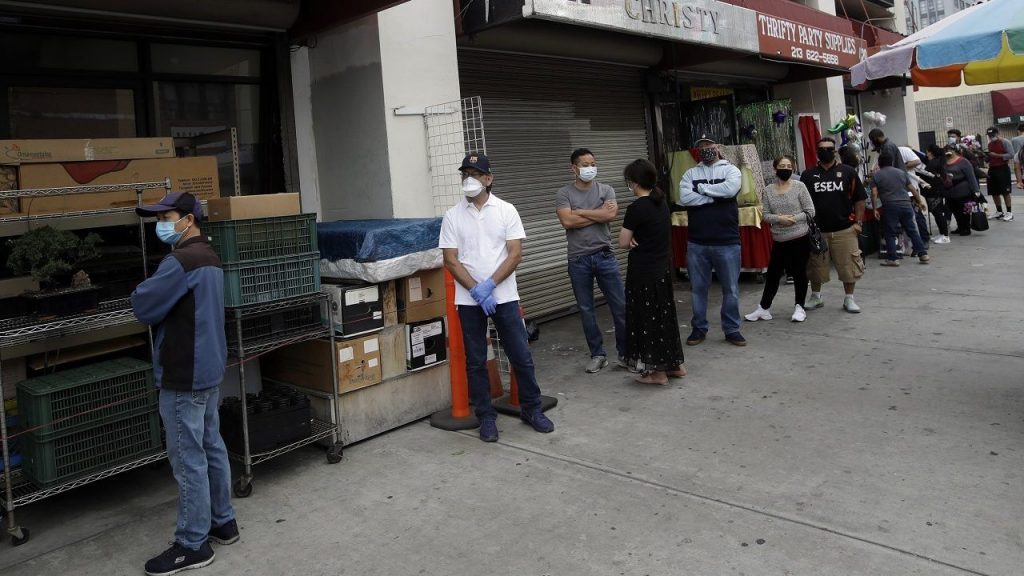