It was announced on Friday that Supreme Court Justice Ruth Bader Ginsburg is allegedly feeling good and getting better after three weeks of radiation therapy for a tumor on her pancreas.

Ginsburg is reported to have had a malignant tumor on her pancreas that was successfully treated.

A court spokesperson said in a statement, “The tumor was treated definitively and there is no evidence of disease elsewhere in the body. Justice Ginsburg will continue to have periodic blood tests and scans. No further treatment is needed at this time.”

This past July, the Supreme Court Justice had a routine blood test and an abnormality appeared. A biopsy was done and it revealed the tumor.

Radiation treatment for Ginsburg started on August 5th at Memorial Sloan Kettering Cancer Center in New York. The treatment was said to have been done with Bader Ginsburg being an outpatient.

Ginsburg is 86 years old and is said to have tolerated the treatment well. A bile duct stent was placed on her pancreas.

The statement also said, “The Justice tolerated treatment well. She canceled her annual summer visit to Santa Fe, but has otherwise maintained an active schedule.”

Ginsburg has made it clear that she has no intention of stepping down from the bench. She plans to hold her seat for as long as her health permits.

Ginsburg has had her fair share of ill health. She had surgery cancer surgery in December. She had colorectal cancer in 1999 and pancreatic cancer in 2009.

Justices usually return to work in September to begin the new Supreme Court term, which will begin on October 7th. I’ll be interested to see who shows up for work.

Fri Aug 23 , 2019
Bank of England Governor Mark Carney said the world’s reliance on the U.S. dollar as a reserve currency is too risky and proposed a new digital currency to replace it. “In a multi-polar world, you need a multi-polar currency,” he told CNBC’s Steve Liesman at the Federal Reserve’s annual conference […] 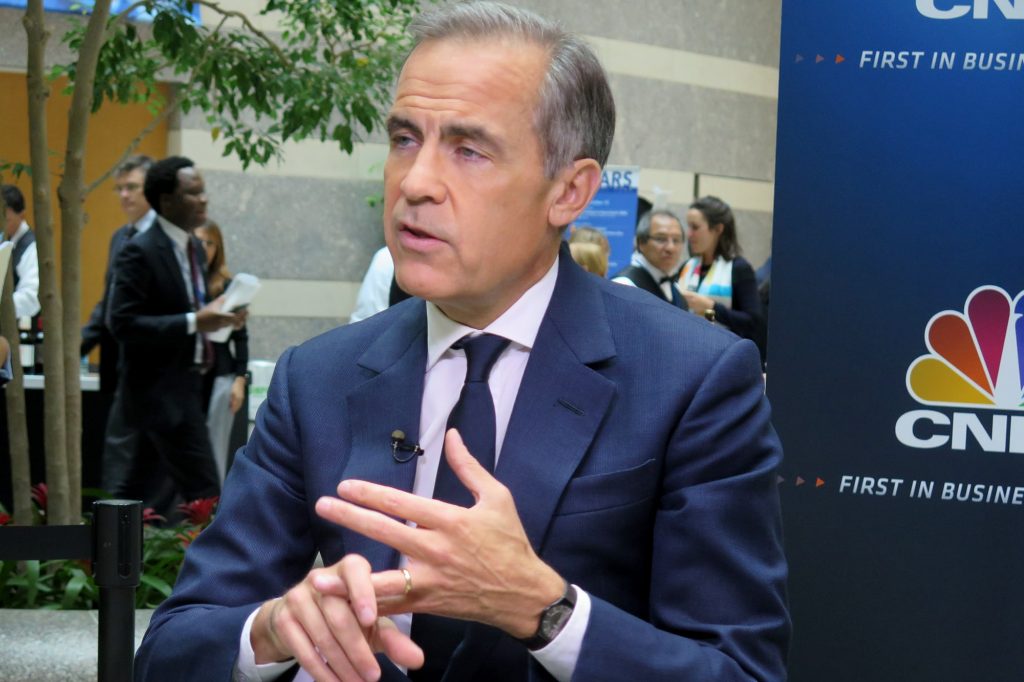