May 17, 2021; Washington, District of Columbia, USA; Boston Bruins center Brad Marchand (63) advances the puck against the Washington Capitals during the second period in game two of the first round of the 2021 Stanley Cup Playoffs at Capital One Arena. Mandatory Credit: Brad Mills-USA TODAY Sports

Brad Marchand scored 39 seconds into overtime to give the visiting Boston Bruins a 4-3 victory over the Washington Capitals in Game 2 of their East Division first-round playoff series Monday night.

The series is tied at one game apiece heading to Boston for Game 3 on Wednesday and Game 4 on Friday. This was the 11th consecutive one-goal playoff game between the two teams, an NHL record. The Capitals earned a 3-2 OT win in Game 1 on Saturday.

The Bruins also got goals from Jake DeBrusk, Patrice Bergeron and the tying tally from Taylor Hall with 2:49 left in regulation. Matt Grzelcyk had two assists, on the tying and overtime goals. Garnet Hathaway had two goals for the Capitals, who also got one from T.J. Oshie.

Nino Niederreiter broke a third-period tie and Jordan Staal scored twice to pace Carolina to a victory over Nashville in their Central Division playoff series opener at Raleigh, N.C.

Nathan MacKinnon had two goals and an assist, Gabriel Landeskog added a goal and two assists, and Colorado beat St. Louis in Game 1 of their West Division first-round series in Denver.

Jordan Kyrou scored a goal and Jordan Binnington had 46 saves for the short-handed Blues. St. Louis played without its points leader, David Perron, who was placed on the COVID-19 health and safety list. 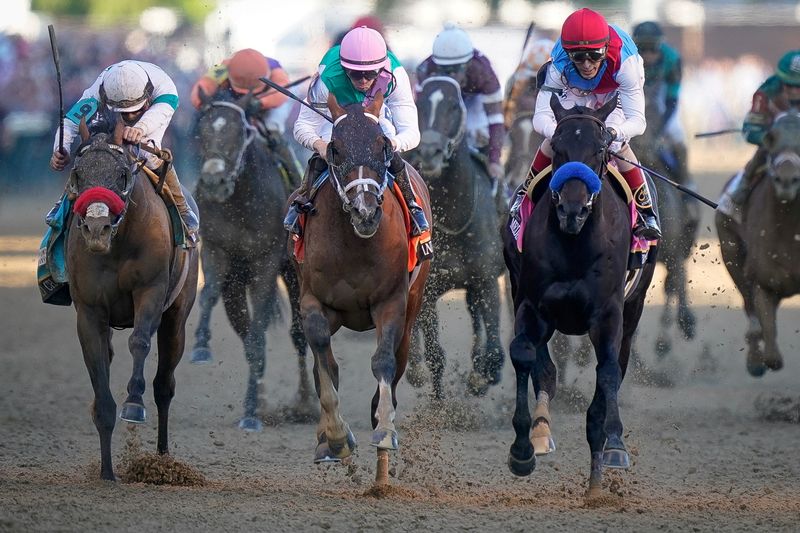