Medina Spirit tested positive for betamethasone, a banned substance, earlier this month after winning the first of the three legs of horse racing’s Triple Crown series.

“In order to maintain a successful thoroughbred racing industry in New York, NYRA must protect the integrity of the sport for our fans, the betting public and racing participants,” NYRA Chief Executive Dave O’Rourke said in a written statement announcing the suspension.

“That responsibility demands the action taken today in the best interests of thoroughbred racing.”

Baffert, one of the most successful and recognizable figures in the sport with a record seven Kentucky Derby wins, said there was “never any attempt to game or cheat the system” in a statement provided to NBC Sports on Saturday.

If the positive test for the anti-inflammatory steroid is confirmed, it would strip Medina Spirit of his Kentucky Derby win.

Hitting it out of the park: Baseball card legacy could smash records

Tue May 18 , 2021
A 1916 Sporting News Babe Ruth rookie card from the collection of Dr. Thomas Newman is seen in an undated photo ahead of an online auction by Memory Lane Auctions. Courtesy of Memory Lane, Inc/Handout via REUTERS May 18, 2021 By Jill Serjeant LOS ANGELES (Reuters) – When Florida physician […] 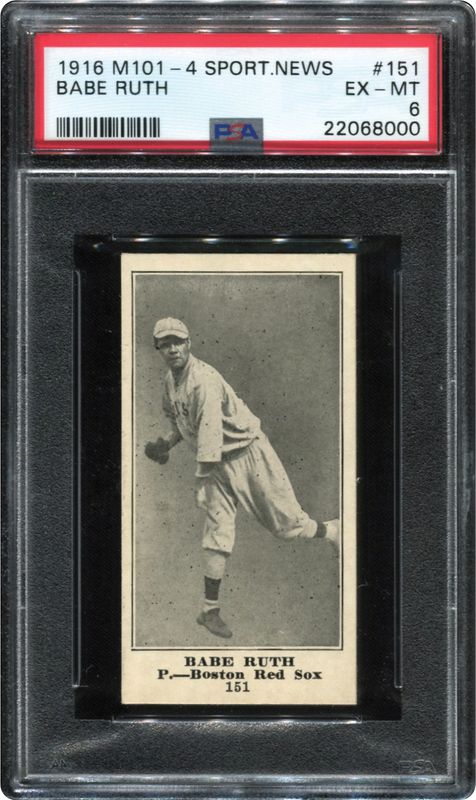