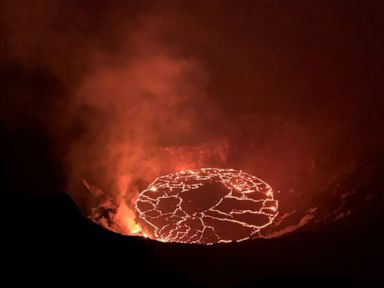 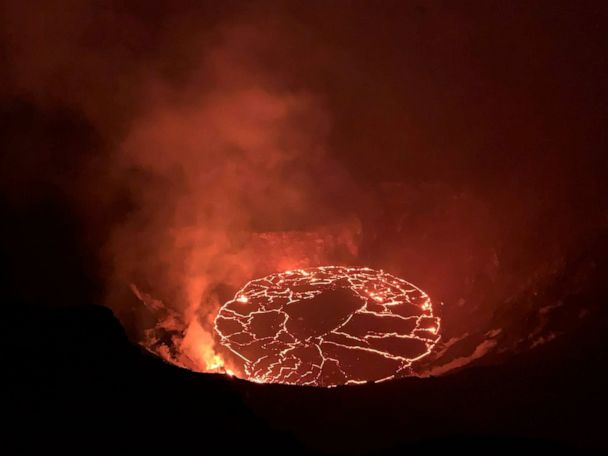 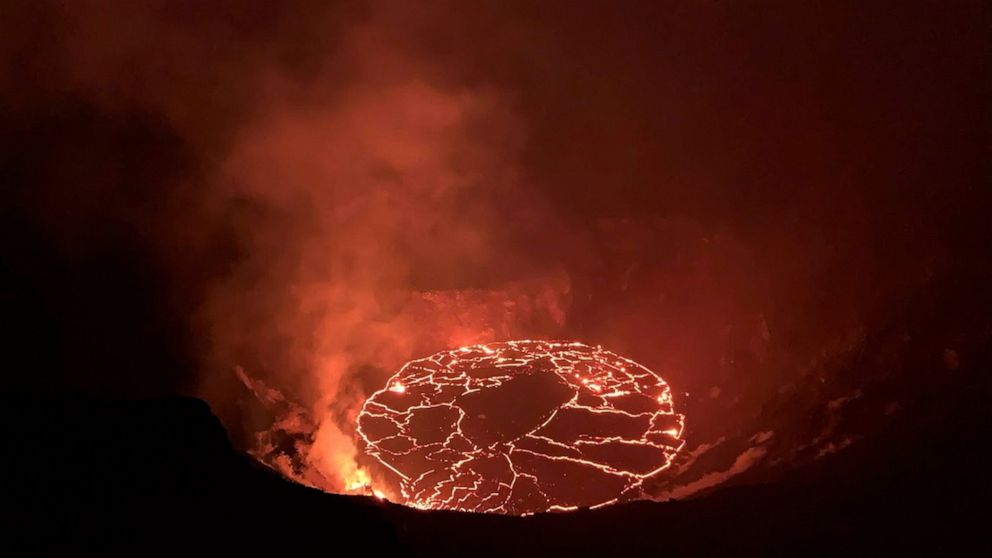 HONOLULU — Lava spattered and flowed over the weekend inside the crater of a Hawaii volcano that began erupting in December.

The Hawaiian Volcano Observatory said the lava is confined to the summit crater of Kilauea, the Honolulu Star-Advertiser reported Sunday.

The eruption began Dec. 20 within Hawaii Volcanoes National Park on the Big Island. The observatory said there was no data to indicate magma is moving into either of Kilauea’s rift zones — areas where the volcano is splitting apart.

Vents on the northwest side of the crater spattered Saturday while erupting lava flowed through crusted-over channels into a lava lake that has formed in the crater.

The lake was about a tenth of a square mile and about 620 feet (189 meters) deep, with a narrow black ledge surrounding the area, the observatory said.

A small island of cooler, solidified lava floated in the lava lake, rising about 20 feet (6 meters) above the surface, scientists said.

A report by the observatory in the Hawaii Herald-Tribune on Sunday said the primary hazard from the eruption is volcanic air pollution produced by the gases emitted at the summit.

The lava lake would need to rise about 262 feet (80 meters) before reaching a level that could be visible to the public from Kilauea Overlook in Hawaii Volcanoes National Park, the observatory said.

The volcano had not erupted since 2018, when lava spewed from vents in the middle of a neighborhood and destroyed roughly 700 houses. 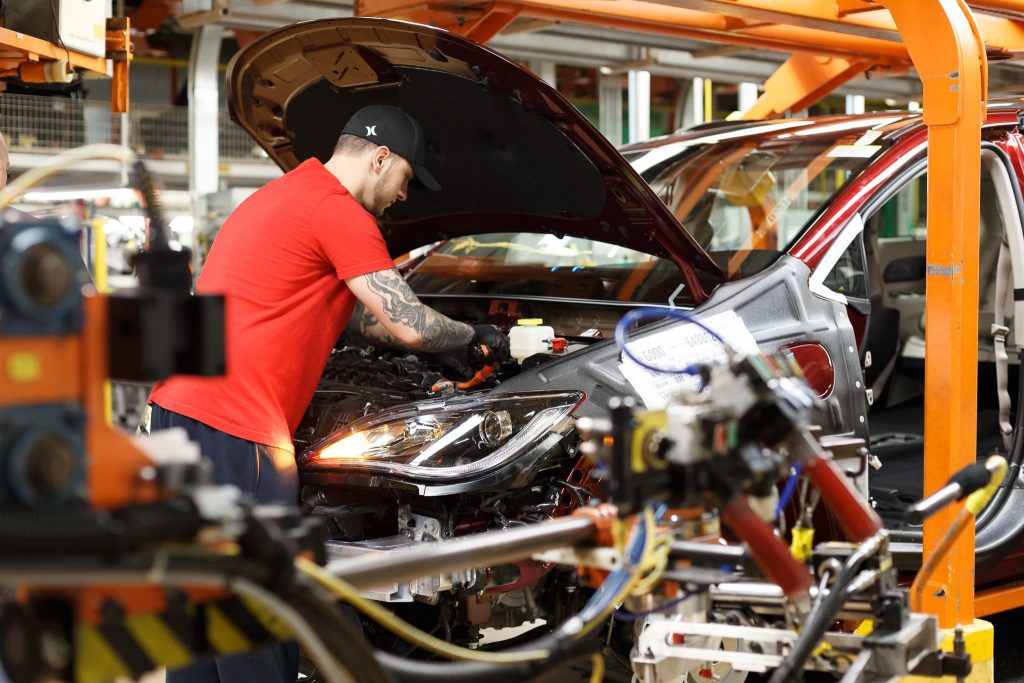