On Sunday morning former Illinois Congressman Joe Walsh announced that he is running for president of the United States.

He’s running as a Republican.

William Joseph (Joe) Walsh was born on December 27, 1961. He is an American Conservative talk radio host and a Politician. He served one term in the United States House of Representative for Illinois’ 8th congressional district from January 2011 through January 2013.

Friends, I’m in. We can’t take four more years of Donald Trump. And that’s why I’m running for President.

Let’s show the world we’re ready to be brave.

He will join Bill (William) Weld to challenge President Trump in the GOP primary race.

William Floyd Weld was born July 31, 1945. He is an American attorney, businessman, and Republican politician who served as the 68th Governor of Massachusetts.

.@realDonaldTrump is a clear and present danger—to our country, to the globe and to himself. #AmericaDeservesBetter#25thAmendment

Have You Been Censored?

Sat Aug 31 , 2019
by Daveda Gruber: What is Facebook not telling you? There is corruption that is undeniable that has seeped into our lives through social media. Government has made its way into places that will blow you away. Facebook is not a private company. Shocking? Well, yes, I thought you may be […] 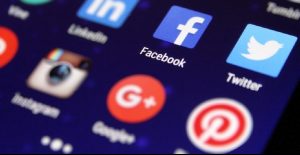