The dispute between Japan and South Korea is “a lose-lose proposition” as it comes amid an ongoing global trade war that the U.S. and its trading partners are embroiled in, an economist said on Tuesday.

Tokyo and Seoul have long had political disagreements stemming from Japan’s conduct during the second World War. The dispute between the neighbors spilled into the economic arena when Japan earlier this month restricted exports of materials critical to South Korea’s high-tech industry, citing national security concerns.

Japan and South Korea are large exporters of products such as chips and smartphone displays. An escalated trade fight between the two could be bad news for the global technology industry and consumers may end up having to pay more for products.

“This development that we’re seeing now is disturbing and unhelpful for the global economic sentiment. To begin with, we already have so much around the trade war between the U.S. and the rest of the world,” Taimur Baig, chief economist at DBS Group Research, told CNBC’s “Squawk Box” on Tuesday.

He added that Japanese and South Korean companies have spent years building up “intricate” supply chains, and it’ll be “so hard to redo” such arrangements when trust among all those involved has been breached.

“It doesn’t help anybody,” he said. “To me, it’s a lose-lose proposition.”

Baig is not the only one who has warned about a potential disruption to the technology supply chain. Troy Stangarone, a senior director at think tank Korea Economic Institute of America, said prices of semiconductors could rise if South Korean manufacturers cut production as a result of Japan’s trade restrictions.

That higher cost may be passed on to consumers, some experts warned.

Other analysts, however, said affected companies will find a way to cope with measures imposed by Japan.

Jesper Koll, senior advisor at WisdomTree Investments, told CNBC last week that the total value of products affected by Japan’s curbs is less than $450 million. He predicted that if Tokyo implements further restrictions, “people will scramble but the overall damage is going to be teeny.”

And Chinese companies could potentially step in to fill any shortfall in the supply of tech parts, said Stangarone.

“At a time when the United States has raised concerns around China-based technology companies, the Japan-Korea dispute creates space in the market for (Chinese) state-backed firms to establish themselves as potential players,” he told CNBC in an email.

“Even though they are not yet as advanced as chipmakers like Samsung or Micron, these firms have the opportunity to substitute supply if there are market disruptions, ” he added.

Baig is less optimistic about China’s potential to substitute Japan as a major supplier to South Korea. He explained that there are reasons why Japan has the competitive advantage to supply those materials in the first place, and China may find it hard to replicate the same edge.

“Can China be a beneficiary? I have my doubts,” he said. “You can’t reinvent those supply chains and re-calibrate them so easily, even if you’re China.”

Tue Jul 16 , 2019
Pete Buttigieg raises more than $24 million in second quarter fundraising The 2020 Democratic presidential candidates have revealed how much their campaigns took in during the second quarter, from April through June. They faced a July 15 Federal Election Commission filing deadline. Several began announcing their fundraising totals, as well […] 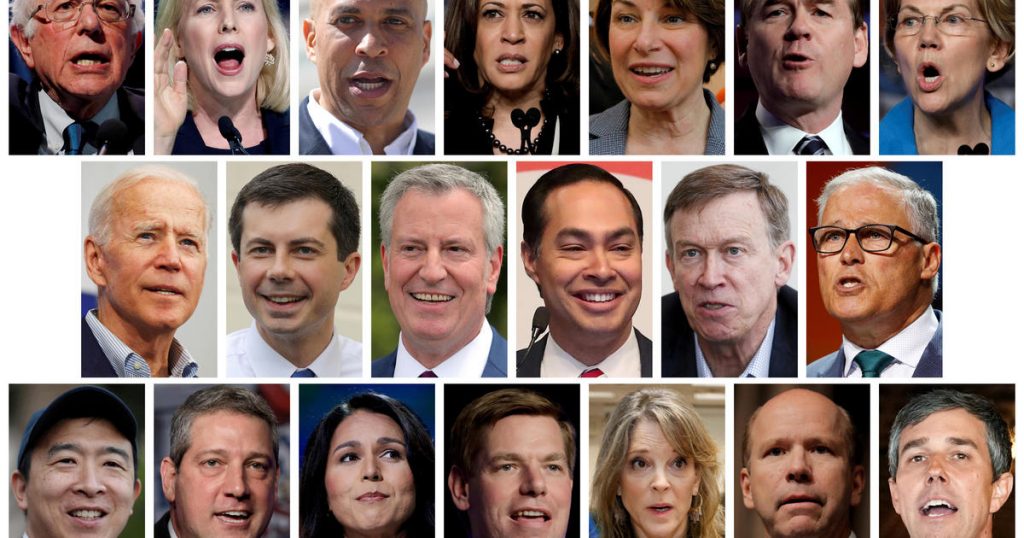