By Leika Kihara and Yoshifumi Takemoto

TOKYO (Reuters) – Japan may intervene in the foreign exchange market to prevent the yen from rising above 100 to the dollar, but just once given the difficulty of keeping currency rates pegged at a set level, former top currency diplomat Hiroshi Watanabe said on Thursday.

Many analysts expect the yen, which hovered around 103.50 to the dollar on Thursday, to rise past the psychologically crucial 100 mark in coming months as expectations of huge U.S. fiscal spending weigh on the greenback.

Watanabe, who oversaw Japan’s currency policy from 2004 to 2007, said he did not expect the yen to shoot up much as narrowing interest-rate differentials between the United States and Japan keep the dollar/yen in a tight range.

If the yen were to climb past 100 to the dollar, the Ministry of Finance may step into the market under pressure from Prime Minister Yoshihide Suga, who is known for his aversion to yen rises that hurt Japan’s export-reliant economy, he said.

“There’s a chance the MOF will intervene just once to defend the 100 line, mostly as a political gesture,” Watanabe, who retains close contact with incumbent bureaucrats, told Reuters.

But intervention cannot keep the dollar sustainably above 100 yen in the massive global currency market, he added.

“Intervention may work for two to three days if done in a big enough scale,” Watanabe said. “But you can’t stop currency moves on a permanent basis with intervention alone.”

Japan has not intervened in currency markets since 2011, when the March 11 earthquake and tsunami crippled the economy and sent the yen soaring to a record around 75 per dollar.

Thu Dec 24 , 2020
LONDON — Sterling has continued its move higher on reports that a long-awaited Brexit trade deal between Britain and the European Union is close. The BBC reported Thursday that U.K. Prime Minister Boris Johnson is due to speak to European Commission President Ursula von der Leyen at around 7 a.m. […] 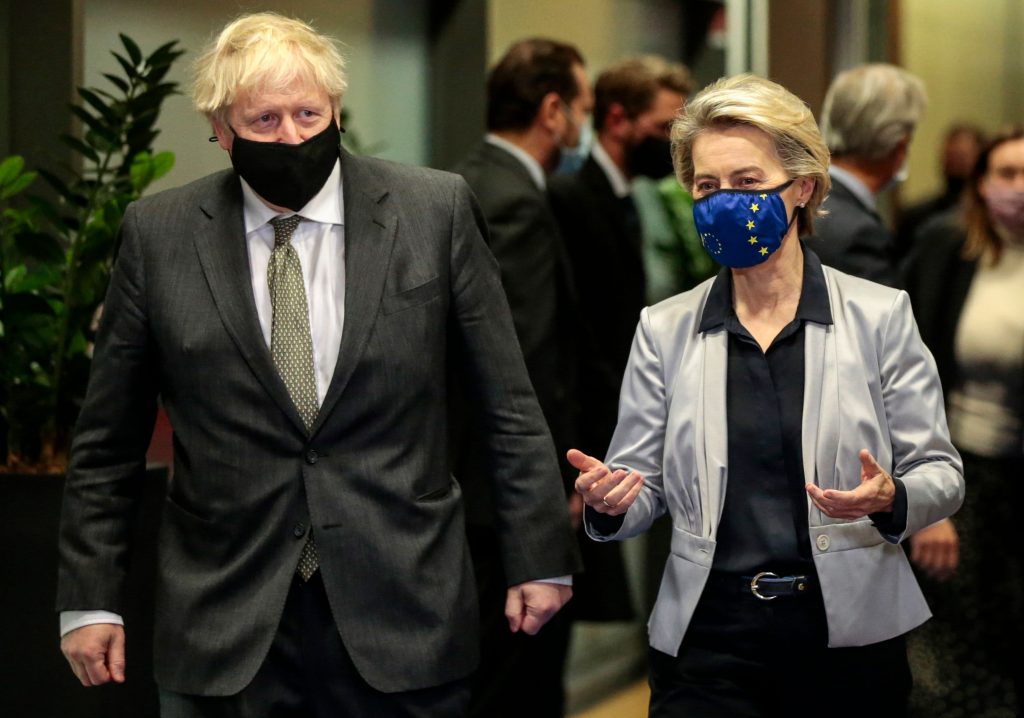