Universal’s “The Hunt” will be coming to a theater near you very soon. It hasn’t been released yet but a trailer can be seen all over the Internet and on some TV channels.

The R-rated film is from producer Jason Blum’s Blumhouse. The film is violent in nature and follows a dozen people who are portrayed as MAGA types who wake up in a clearing and realize they are being stalked for sport by elite liberals.

The movie is allegedly a satire that follows wealthy elite thrill-seekers as they take a private jet to a five-star resort, where they go on a gratifying expedition that involves hunting down and killing deplorables.

Hillary Clinton famously dubbed Trump supporters as “deplorables” during the 2016 election and that tag is sticking to Republicans.

Yes, we are now proud deplorables but we don’t deserve to be shot for who or what we are. In the movie, it is revealed that that the victims are from areas that typically vote Republican. A hunter declares, “We pay for everything, so this country belongs to us.”

Trailers for the film shows “deplorables” as being sought and rounding them up and putting them in a clearing to be murdered for fun and excitement by wealthy elites who joke that “deplorables” are not human.

Some trailers for the film have been taken down and there’s an internal debate deliberating the film’s next steps but there’s a promotional blitz planned in September.

The film is set to be released on September 27, 2019. There is no other information that would depict that the movie would not be released.

Where’s the outrage? Where is the crying out over people from certain walks of life that are depicted as “deplorables.”

Is there any anger? There may be some but this certainly not a new concept in film making. “The Hunger Games” had a violent theme that depicted people hunting other people.

“The Hunger Games” was based on a 2008 novel of the same name. The 2012 film featured school kids who were forced to enter a deadly game in which they had to kill each other.

There is a second amendment for a reason. The fantasy sometimes portrays a frightening resemblance to reality and I’m not giving up my way of keeping myself safe.

I won't be voting for the president again, says Ohio farmer who backed Trump in 2016

Thu Aug 8 , 2019
Christopher Gribbs, a soybean farmer from Ohio whose family owns and operates 560 acres of land, told CNBC on Thursday that he won’t be voting for President Donald Trump again in the upcoming 2020 election. “I couldn’t vote for him. I have to protect my business,” Gribbs said on “The […] 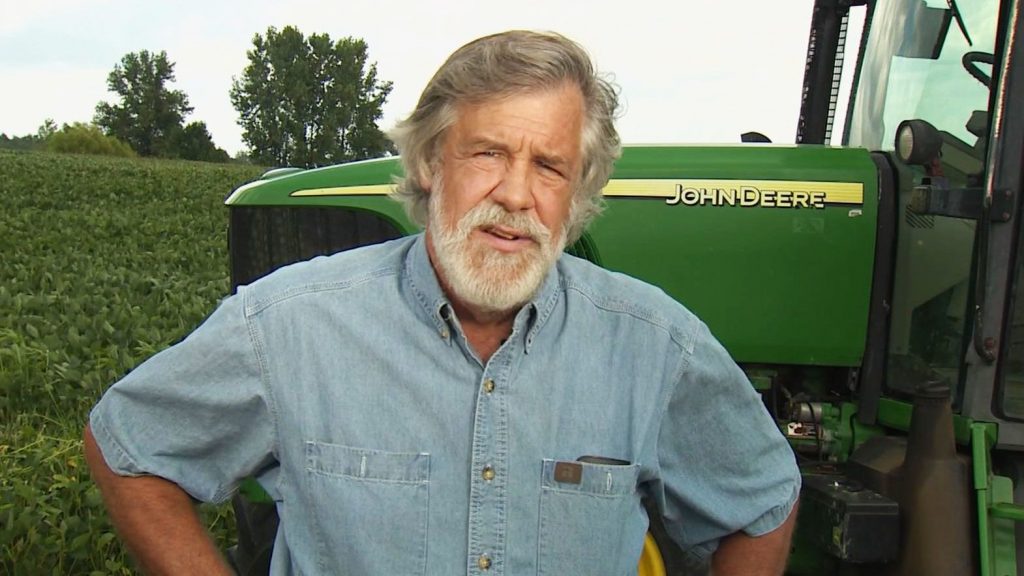