Here are the numbers:

Adjusted EPS: $2.83, vs. $1.38 expected, based on average analysts’ estimates compiled by Refinitive

John Stapleton, GM’s interim CFO, said the automaker’s sales in the U.S. and China are “recovering faster than many people expected, and GM is benefiting from robust customer demand for our new vehicles and services, especially our full-size pickups and SUVs.”

GM repaid $5.2 billion of its revolving credit facilities during the third quarter, and an additional $3.9 billion in October. The company expects to repay the balance by year-end while maintaining a strong cash balance.

Former CFO Dhivya Suryadevara told investors in July that the automaker expected the third quarter to be “slightly stronger” than the fourth quarter. She unexpectedly left GM for digital payments company Stripe in August.

Suryadevara said if the monthly sales pace during the second half of the year was 14 million, investors should expect a pretax profit of $4 billion to $5 billion through the fourth quarter. In that scenario, GM expected to generate free cash flow of $7 billion to $9 billion. Suryadevara declined to release official guidance at the time, citing fluidity due to the coronavirus pandemic.

Cox Automotive estimated the U.S. sales pace at 15.3 million in the third quarter, which should allow GM to outperform those projections.

Both Ford Motor and Fiat Chrysler beat Wall Street’s expectations on better-than-expected demand for trucks and SUVs in North America. Those are segments GM has substantial market shares of as well.

GM’s U.S. vehicle sales were down 17.4% heading into the fourth quarter, including a decline of 9.9% in the third quarter. That compared to a 5% decline

Thu Nov 5 , 2020
Although several key states are still counting ballots, former Vice President Biden has pulled ahead of President Trump as their paths to 270 electoral votes narrow. Mr. Trump is not backing down — instead, he has filed several legal challenges against states where he falsely claimed victory and demanded a […] 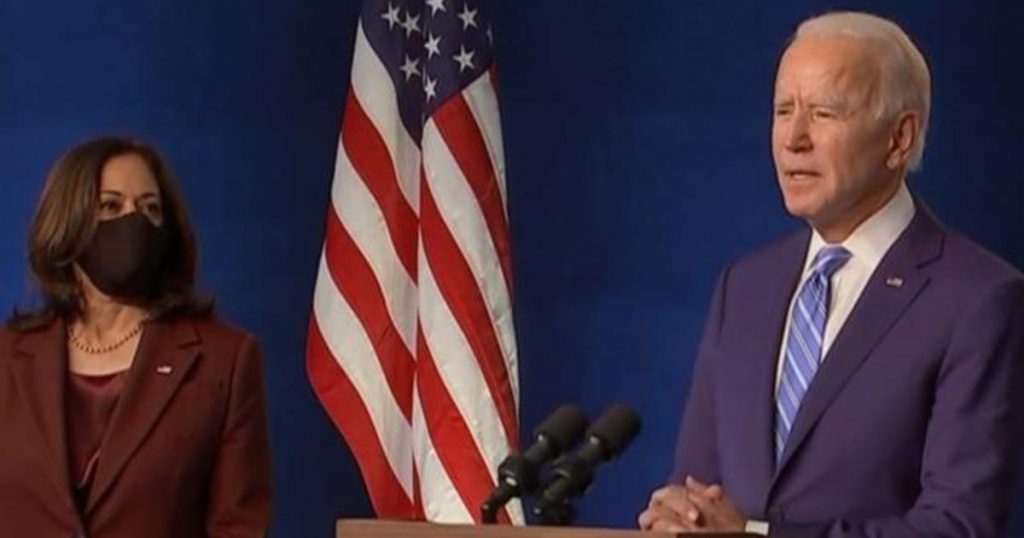