Dodge CEO Tim Kuniskis speaks Aug. 13, 2021 during a media event. In the back, the Fratzog logo was used alongside Dodge’s current logo.

DETROIT – Dodge will use a throwback logo called the “Fratzog” for its upcoming electrified vehicles, CEO Tim Kuniskis told CNBC.

The Fratzog – a made up word by a designer – was initially used by Dodge from 1962 through 1976. It features a split deltoid made of three arrowhead shapes that form a three-pointed star. The new version is designed to be three-dimensional and include LED lightning.

“It damn near looks like something that Doc Brown would have done,” Kuniskis said, referring to the fictional inventor from “Back to the Future” during a recent drag racing event in suburban Detroit. “It looks very futuristic and electrified, and it’s our history, which is what we do.”

The resurrected logo was first shown last month on a Dodge concept vehicle that was previewed by its Stellantis parent company during an “EV Day” for investors. Dodge also used the logo alongside its current red-striped one at the “Roadkill Night powered by Dodge” drag racing event, which annually attracts tens of thousands of people in Pontiac, Michigan.

Kuniskis said the Fratzog is not intended to be a subbrand of Dodge. It will be used on electric vehicles as a way to separate them from others models, according to Kuniskis. He declined to specify if the new logo will be used exclusively on all-electric vehicles or also include hybrid and plug-in hybrid models.

Dodge, which has positioned itself as a muscle car brand, is expected to better detail its electrification plans in the fourth quarter ahead of launching a plug-in hybrid model in 2022 and an all-electric muscle car in 2024. The concept with the Fratzog logo is expected to be unveiled early next year, Kuniskis said.

The logo is a way to easily identify the vehicles without changing their design characteristics, potentially meaning that the brand will have new vehicles that offer gas, electric or hybrid systems to power the vehicles. It’s similar to Dodge’s current strategy of offering different levels of performance – mostly V-6 and V-8 engines – in its lineup of vehicles, including its well-known Hellcat logo for a line of current 700-plus horsepower models.

A designer at Dodge’s then-parent company Chrysler Corp. made up the word Fratzog for the logo, according to a spokesman.

The Fratzog logo was used during a teaser video of an upcoming electric Dodge concept car during Stellantis’ “EV Day” in July 2021.

Peloton says it has been subpoenaed by DOJ, DHS over reporting of treadmill injuries

Fri Aug 27 , 2021
A detail shot shows the running deck of a Peloton Tread treadmill during CES 2018 at the Las Vegas Convention Center on January 11, 2018 in Las Vegas, Nevada. Ethan Miller | Getty Images Peloton said Friday that the U.S. Department of Justice and the Department of Homeland Security have […] 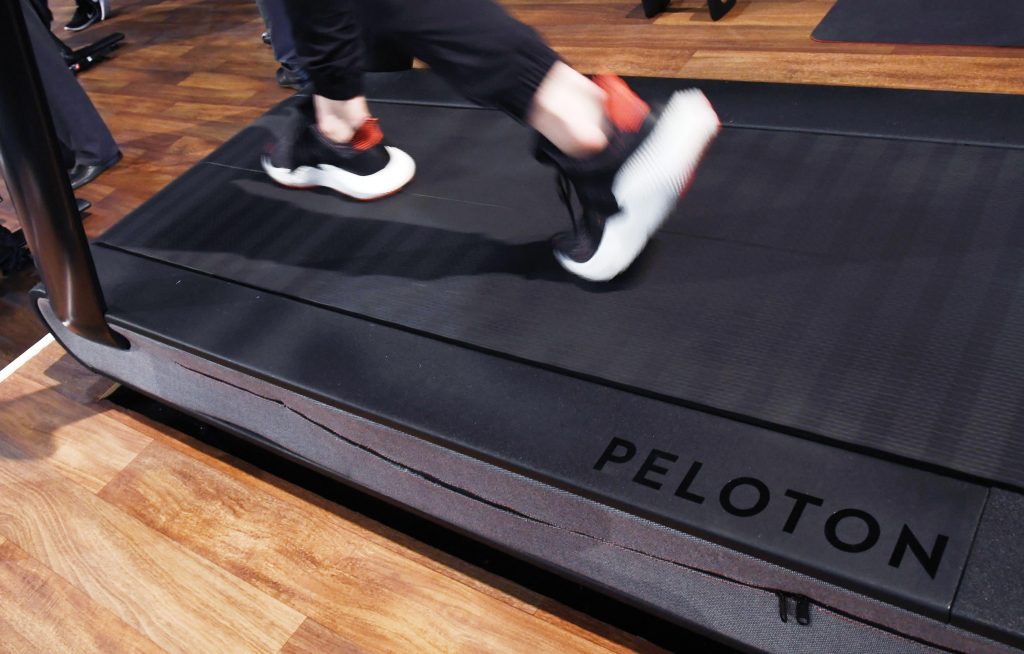