Tensions are likely to rise between House Democrats and the Trump administration as the White House has ordered the U.S. ambassador to the European Union not to appear at a deposition on the Ukraine controversy.

The deposition of Gordon Sondland, who is a wealthy hotel owner, philanthropist and contributor to political campaigns, was planned for Tuesday. Songland had agreed to appear voluntarily for a closed session

The Democrats have allegedly indicated that they will approach the matter as an obstruction of its investigation into the controversy surrounding  President Trump’s phone call on the twenty-fifth of July with Ukrainian President Volodymyr Zelensky.

Robert Luskin, who is an attorney for Songland, said that the order came from the State Department. Songland is required to follow the direction of the department.

Luskin, in a statement said that Songland “is profoundly disappointed that he will not be able to testify.”

The statement says, “Ambassador Sondland hopes that the issues raised by the State Department that preclude his testimony will be resolved promptly.  He stands ready to testify on short notice, whenever he is permitted to appear.”

House Intelligence Committee Chairman Adam Schiff, D-Calif., allegedly plans to draft a subpoena which would make it easier to try to secure Songland’s testimony later in the day.

Songland’s testimony is warranted by Democrats because he had texted with a top U.S. diplomat, Bill Taylor, over allegations of a quid pro quo.

Taylor wrote, “Are we now saying that security assistance and WH meeting are conditioned on investigations?”

In his follow-up text he wrote, “As I said over the phone, I think it’s crazy to withhold security assistance for help with a political campaign.”

Sondland responded to the texts by defending the president and writing, “Bill, I believe you are incorrect about President Trump’s intentions. The President has been crystal clear: no quid pro quo’s of any kind. The President is trying to evaluate whether Ukraine is truly going to adopt the transparency and reforms that President Zelensky promised during his campaign.”

The phone call between Trump and Zelensky referred to is part of the whistleblower complaint which states that Trump urged Zelensky to look into possible interference by Ukraine in the 2016 election and former Vice President Joe Biden and his son, Hunter Biden’s conduct in that country.

Democrats are claiming that Trump used $400 million in military aid as leverage in a quid pro quo in exchange for the Ukrainians to investigate a political opponent. The Democrats have opened an impeachment inquiry over the said phone call.

Subpoenas to top administration and White House officials have already been sent to the Pentagon and the White House Office of Management and Budget for documents that relate to reports that Trump had ordered then-acting OMB Chief Mick Mulvaney to freeze aid to Ukraine.

Trump adamantly denies all of the claims made by Democratic lawmakers.

….to see. Importantly, Ambassador Sondland’s tweet, which few report, stated, “I believe you are incorrect about President Trump’s intentions. The President has been crystal clear: no quid pro quo’s of any kind.” That says it ALL!

Tue Oct 8 , 2019
Two people were thrown from a hot air balloon after a faulty landing that also caused a fire and power outage, officials said. The hot air balloon involved in Monday’s accident at the Albuquerque International Balloon Fiesta experienced such a hard landing that the pilot and passenger were ejected, Tom […] 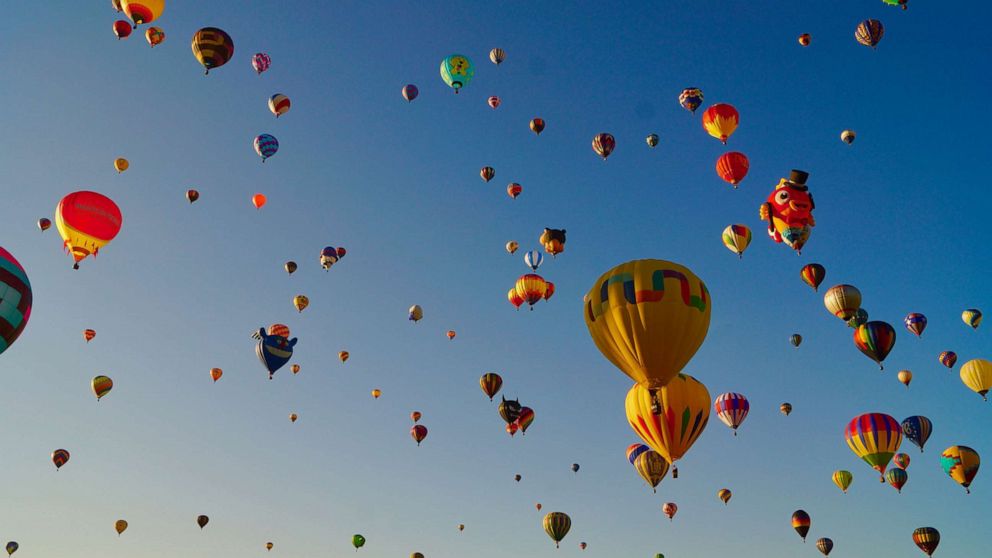