There are many fools on Capitol Hill and a GOP Representative, within the last 48 hours, has just become the newest “Fool on the Hill”.

Justin Amash made statements that President Trump “engaged in impeachable conduct”. It did not take long for another Republican to rise up to challenge Amash in the upcoming primary election.

Amash has served as the representative for Michigan’s Third District since 2011. Amash tweeted his statements on Saturday after reading a redacted version of Special Counsel Robert Mueller’s report.

Amash is not fond of Trump and he made that clear when on May 18,2019 he tweeted this:

In fact, Mueller’s report identifies multiple examples of conduct satisfying all the elements of obstruction of justice, and undoubtedly any person who is not the president of the United States would be indicted based on such evidence.

On Monday morning Michigan state Rep. Jim Lower announced that instead of seeking a third term in the state legislature, he will run against Amash for their party’s nomination for the 2020 election.

Lower, as you can see reported in this video below, said, “Amash has not only failed to support President Trump as the President works to make the United States stronger and safer, he has now united with radical liberals like Democratic Congresswomen Rashida Tlaib to try and bring down our President.”

The feelings that Amash has for Trump have brought Trump’s regard towards Amash out into the open.

….he would see that it was nevertheless strong on NO COLLUSION and, ultimately, NO OBSTRUCTION…Anyway, how do you Obstruct when there is no crime and, in fact, the crimes were committed by the other side? Justin is a loser who sadly plays right into our opponents hands!

Needless to say, not all Republicans have stood by Amash’s opinions.

House Minority Leader Kevin McCarthy was on “Sunday Morning Futures” this weekend and said, “This is exactly what he wants, he wants to have attention.”

McCarthy also expressed doubt over Amash’s Republican leanings in general. He said, “You’ve got to understand Justin Amash. He’s been in Congress quite some time. I think he’s asked one question in all the committees that he’s been in. He votes more with Nancy Pelosi than he ever votes with me. It’s a question whether he’s even in our Republican conference as a whole.”

Mon May 20 , 2019
Actors Kit Harington and Emilia Clarke on the set of the eighth season of Game of Thrones. Helen Sloane | HBO Despite high criticism from fans, the final episode of “Game of Thrones” shattered single-night viewing records Sunday, with 19.3 million tuning in to watch the finale. The final season of […] 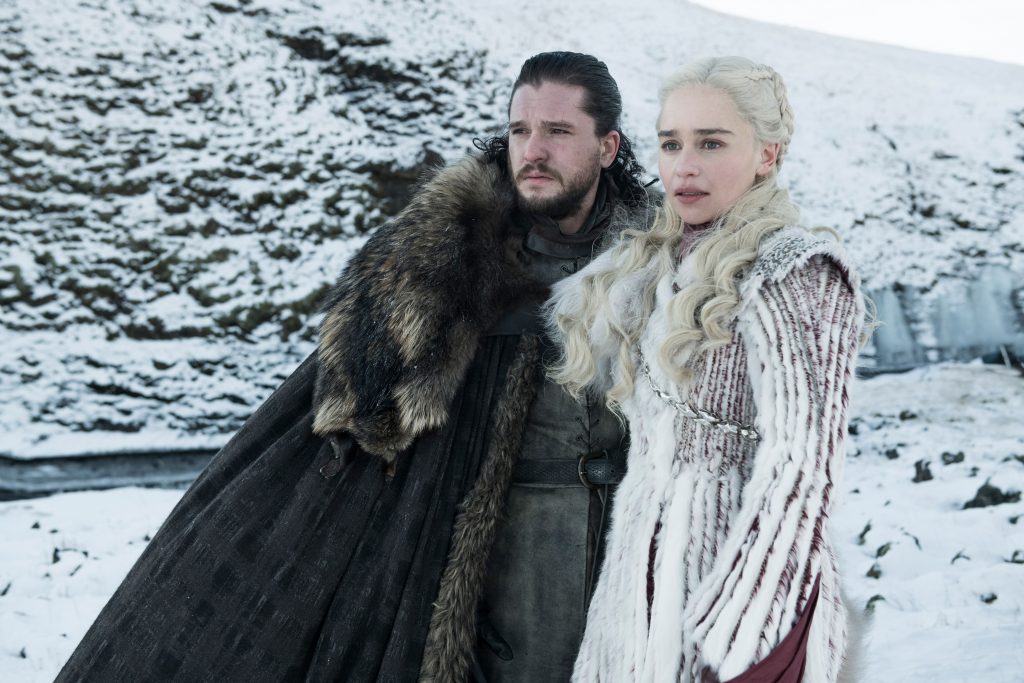