When you ask Bastille frontman Dan Smith how he would describe his voice, he’ll tell you “annoying.” It makes sense for someone who describes himself as a “pessimistic realist.” But in 2014, it’s his voice that helped the group’s song “Pompeii” crack the top 10 in more than a dozen countries, including the U.S. That epic success was the band’s breakthrough.

“I guess because we’d never dreamed that big, everything that’s happened to us has felt like a happy accident,” Smith told “CBS This Morning” co-host Anthony Mason.

With its catchy hooks, Bastille’s music can seem deceptively simple. “Pompeii” is about the ancient Roman city buried by a volcanic eruption.

“I was at a point in my life where I was doing a lot of jobs that I really hated,” Smith said. “I could sort of relate to that feeling of being stuck.”

Smith, the band’s primary songwriter, grew up in London and started writing songs at 14 years old.

“But I was a very self-conscious kid. And I was just writing for myself. I never imagined playing for anyone else,” he said. “It took a lot for me to sort of want to get on stage. It wasn’t very natural for me. I was quite introverted and still am, but making friends with the guys, starting the band. If it’s a shared experience, it’s way easier and more fun.”

For Smith, being a pop star was never something he was particularly comfortable with. “That’s putting it lightly,” he said. When they first started playing shows, Smith says, he’d cower near the back of the stage, turned sideways and hunched over the piano. “It was like, ‘just pretend they’re not there. Pretend they’re not there.”

He eventually moved toward the front of the stage after a conversation with his bandmates. “I was like, ‘oh, guys, do you think maybe I should stand up for this song?’ And they were like, ‘Yes! of course. That’s what being a front man is, you idiot.'”

Another of Bastille’s big hits, “Happier,” came to Smith as he was about to step into the shower – which is how most melodies typically come to him, randomly. One of the most annoying times is when it happens to him at the movies. Sometimes, it’ll be a loud enough moment that he sings it into his phone but if it’s a quiet, dramatic moment he’s forced to leave. Smith, who spends a lot of time in movie theatres, has brought his passion for film to his music.

“Part of being involved in every little detail is trying to paint this picture, trying to, like, get across what we see in our heads. And I think, you know, so there’s always this slightly fantastical element to our music,” he said.

The songs on his new album, “Doom Days,” all take place during a single night.

“We basically wanted to make this kind of quite personal feeling album, but set during this night out during an apocalypse,” he said.

Smith, who originally wanted to be a journalist and write about movies, will turn 33 this Sunday, July 14, which is Bastille Day in France. The holiday marks a key moment in the French Revolution and is also how the band got its name.

Tue Jul 9 , 2019
Netflix CEO Reed Hastings is pictured on May 3, 2018 in Lille, northern France during the first edition of the TV Series Mania festival. Philippe Huguen | AFP | Getty Images Something strange is happening in the world of technology and media: Netflix is becoming the incumbent, and the upstart […] 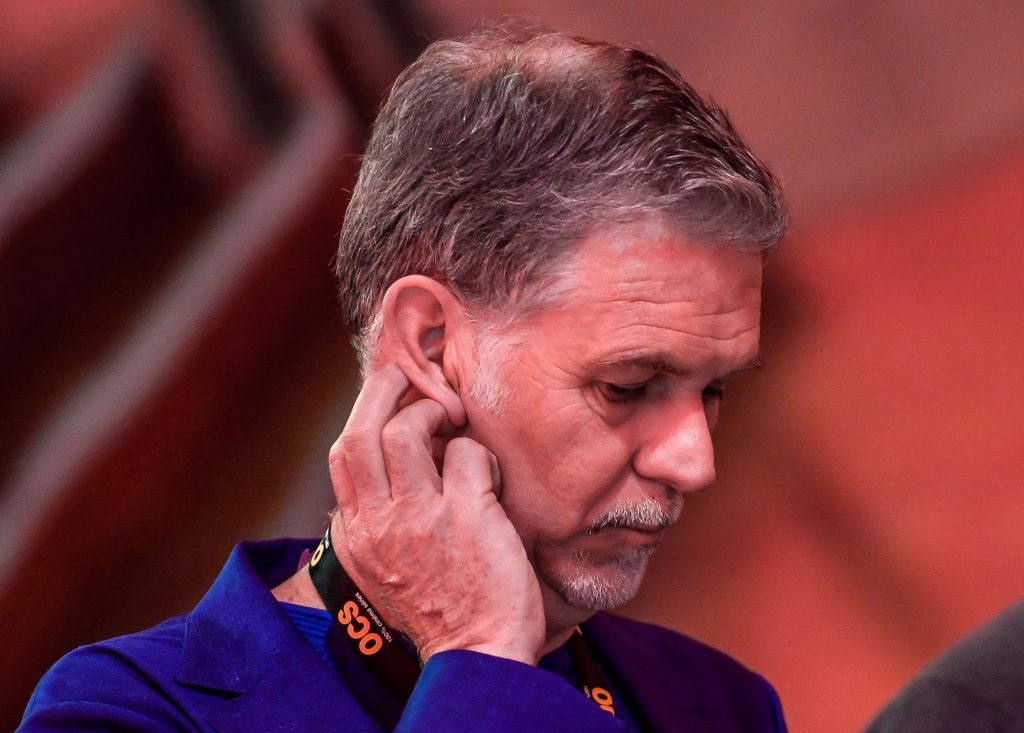