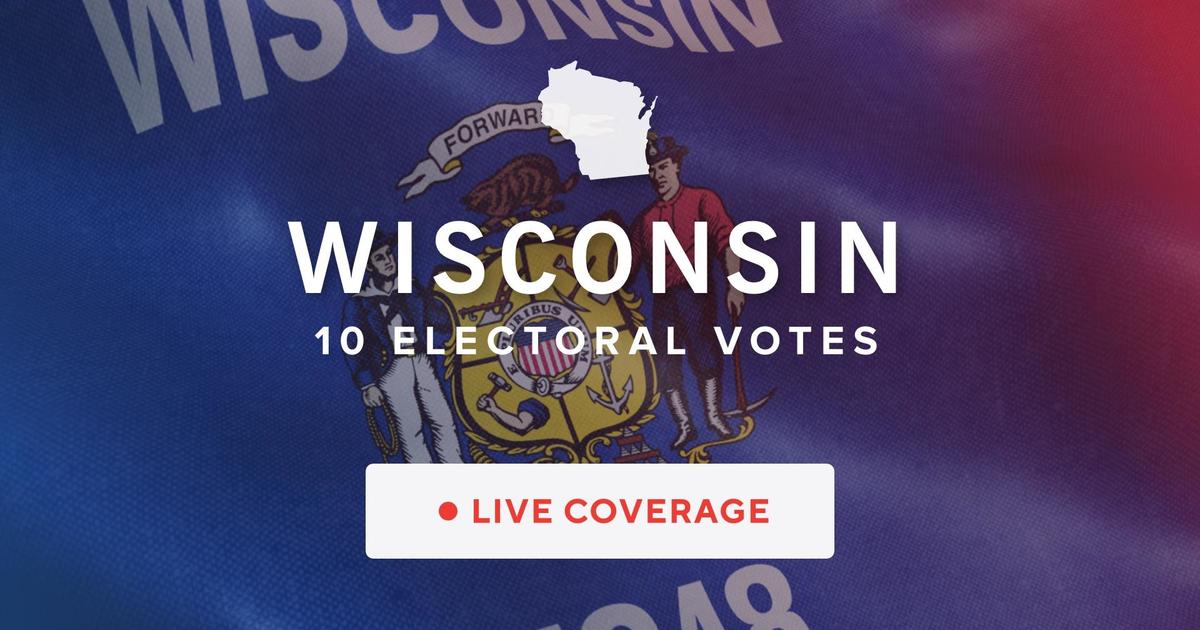 Wisconsin has experienced one of the worst COVID-19 outbreaks in the country this fall. Since September 1, cases have nearly tripled in Wisconsin and deaths have increased from 1,130 on September 1 to more than 2,000 cumulative deaths due to the virus as of November 1, according to the state Department of Health.

As is the case in Michigan, Wisconsin elected a Democratic governor, Tony Evers, in 2018, but Republicans maintained control of both legislative chambers. Like Governor Gretchen Whitmer in Michigan, Evers faced pushback from Republicans claiming he was abusing his power in enacting anti-COVID measures.

On May 13, the Wisconsin Supreme Court struck down his administration’s safer-at-home order. Evers also issued a statewide mask mandate in July and renewed it  until at least November 21. He recently set limits on public gatherings, but that has faced legal challenges. Wisconsin voters seem receptive to measures like this, though. An October CBS News Battleground Tracker found that more Wisconsin voters said Biden, who has indicated he’d also aggressively promote such measures, would do a better job handling the coronavirus outbreak (53%-34%). It also showed that among Biden voters, 92% said how he’d handle COVID-19 is a “big factor” in why they’re voting for him. Forty-two percent of Trump voters said the president’s handling COVID-19 is why they’re voting for him.

A September CBS News Battleground Tracker found  61% of Wisconsin voters said the coronavirus was a “major factor” in their vote, after the economy (81%) and healthcare (66%). That poll also showed more people trusted Biden to make a safe vaccine available (45%-33%).

As in other Midwestern states, critics blame trade deals for a loss in manufacturing jobs. Manufacturing jobs are down more than 9% from January 1994, the year NAFTA was signed, to 484,200 in February 2020 (pre-COVID), according to the Bureau of Labor Statistics.

Jobs increased during the early years of the Obama administration, before plateauing in the mid-2010s then picking up again during the Trump administration. The U.S. Chamber of Commerce slammed the president’s trade war and tariff policies, noting that trade affects more than 800,000 Wisconsin jobs. Wisconsin has seen manufacturing jobs fall during COVID but start to bounce back.

One of the manufacturing deals struck by Mr. Trump that hasn’t lived up to its initial promises was the Foxconn plant in Mt. Pleasant, just outside of Milwaukee. It was supposed to employ 13,000 workers and was to receive up to $3 billion in subsidies from taxpayers. At the groundbreaking ceremony in 2018, President Trump called it the “eighth wonder of the world.” In 2019, Reuters reported that Foxconn was reconsidering plans to make display panels at the facility and planned to “hire mostly engineers and researchers rather than the manufacturing workforce the project originally promised.” In October, Wisconsin informed Foxconn that it wouldn’t qualify for tax credits because it hadn’t created enough jobs, but Foxconn is challenging that decision, according to the Milwaukee Journal Sentinel.

Wisconsin lost 10% of its dairy farms in 2019, according to the state’s Department of Agriculture, Trade and Consumer Protection, and led the nation in farm bankruptcy filings, according to the American Farm Bureau. Wisconsin Public Radio reports that a “prolonged period of low milk prices from 2014 to 2019” forced a number of farms to sell their herds.

One of the major moments of the presidential campaign came on August 23, when a Kenosha police officer shot Jacob Blake seven times in the back, leaving Blake paralyzed. The shooting led to protests in Kenosha, a city that’s 11.5% Black, and in the nights that followed, there was violence after sundown.

The governor sent some members of the National Guard, but local leaders said it was not enough to control the situation. There was looting and fires were set at some businesses. On August 25, Kyle Rittenhouse, a 17 year old from Illinois, allegedly shot and killed two protesters while he was with a group of armed men.

In the aftermath of Mr. Trump’s visit to Kenosha, the September CBS News Battleground Tracker found 45% of people approved of Mr. Trump’s handling of the protests about how Black Americans are treated by police, while 55% disapproved. More voters said he was trying to encourage fighting (43%) than calm the situation (40%). Fifty percent felt Biden was trying to calm the situation. A large majority, 88%, of people said they support peaceful protesters in that poll, and 80% said they support local police.

Trump campaign says it is suing to stop Michigan ballot count, demanding access to tally sites as he faces tight race with Biden

Wed Nov 4 , 2020
Workers with the Detroit Department of Elections help organize absentee ballots at the Central Counting Board in the TCF Center on November 4, 2020 in Detroit, Michigan. Elaine Cromie | Getty Images President Donald Trump‘s campaign said Wednesday that it had filed suit to halt the counting of ballots in […] 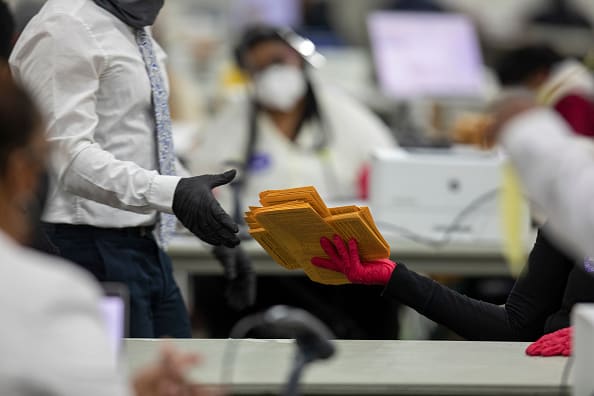