On Monday Speaker of the House, Nancy Pelosi, made it clear that more praise was due to Democrats who flipped Republican seats in the 2018 midterms rather than to give that praise to representatives like herself and freshman Rep. Alexandria Ocasio-Cortez who carried districts where “glass of water” with a “D” next to it could win an election.

While Pelosi downplayed her own win she said, “When we won this election, it wasn’t in districts like mine or Alexandria’s. [S]he’s a wonderful member of Congress as I think all of our colleagues will attest. But those are districts that are solidly Democratic.”

To put emphasis on her claim, Pelosi then picked up a water glass that was next to her and said, “This glass of water would win with a ‘D’ next to its name in those districts.”

Pelosi made the statement while making an appearance before the London School of Economics and Political Science.

This week Pelosi is traveling in Europe with a congressional delegation.

Is Pelosi seeing that the progressive wing of the Democratic party needs to be explained even if it means downplaying the significance of her own win in California?

Well, let’s analyze what Pelosi said on “60 Minutes” on Sunday night to  Lesley Stahl. Pelosi described the influence of the Democrats’ progressive wing as being “like five people.”

Who are the five people? Well, I can pull a few names out of the air but then I seem to get a much larger number than five.

I also find that saying the word “like” a lot seems to be what Pelosi and Ocasio-Cortez have in common aside from winning in easy to win Democratic districts.

Tue Apr 16 , 2019
Former Vice President Joe Biden is delivering the eulogy of former South Carolina Senator Ernest “Fritz” Hollings at his funeral services Tuesday at The Citadel in Charleston. Hollings died earlier this month at 97.  The funeral caps off three days of mourning for the former governor and longtime senator, whose […] 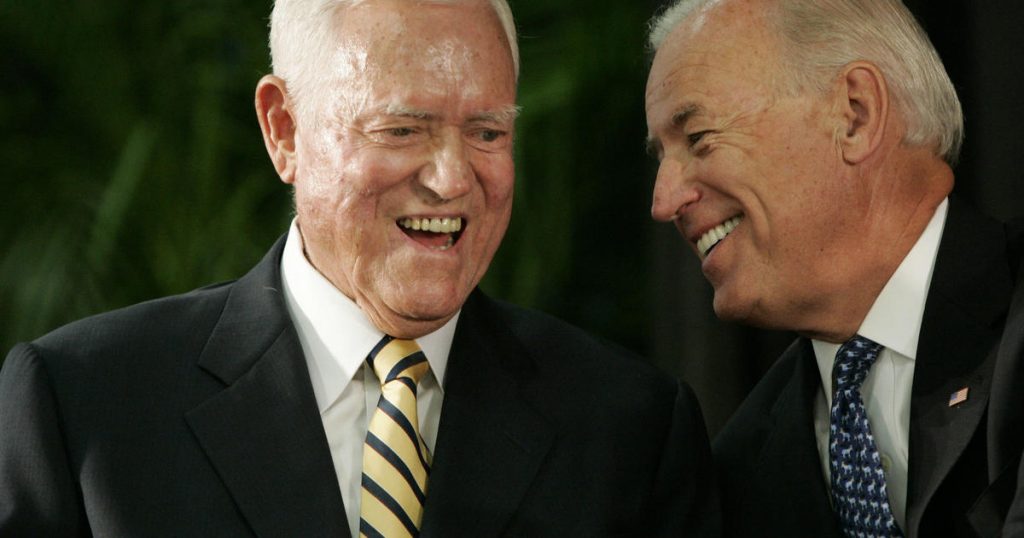