President Donald Trump has been “symptom-free” for more than 24 hours as he continues to be treated for the coronavirus at the White House, one of his doctors said Wednesday in a memo.

Trump has also been “fever-free for more than 4 days” and has not required supplemental oxygen since leaving Walter Reed National Military Medical Center on Monday, Dr. Sean Conley said in the memo.

Conley’s brief memo did not include any specific updates on the president’s drug regimen. Trump, since testing positive for the coronavirus last week, has taken numerous treatments, including the steroid dexamethasone, the antiviral therapy remdesivir and an antibody cocktail from Regeneron.

The memo did include remarks from Trump himself. “The President this morning says ‘I feel great!'” Conley wrote.

Trump was hospitalized Friday evening, hours after he announced on Twitter that he and first lady Melania Trump tested positive for Covid-19.

Larry Kudlow, Trump’s top economic advisor, refused to tell CNBC if Trump has been wearing a mask as he returns to work. Kudlow, who appeared on CNBC “Squawk Box” on Wednesday morning, also said Trump had been in the Oval Office a day earlier — but other White House officials quickly contradicted him.

The White House confirmed later Wednesday, however, that Trump was being briefed in the Oval Office on stimulus talks and Hurricane Delta.

In the wake of Trump’s diagnosis, a growing number of people who work at the White House have also tested positive for Covid-19. The list includes top domestic aide Stephen Miller and press secretary Kayleigh McEnany and some of her deputies, as well as multiple members of the press corps.

Some Republican lawmakers who recently attended an event on the White House South Lawn — which defied some of the recommended social-distancing guidelines issued by health experts in the Trump administration — have also tested positive.

After returning from the hospital, Trump revived his active Twitter presence. On Tuesday, the president tweeted that he had ordered his aides to cease negotiations with Democrats on a deal for additional coronavirus stimulus money until after the Nov. 3 election. The move baffled Wall Street investors and political pundits alike. He later prodded Capitol Hill to approve additional coronavirus relief in separate bills. On Wednesday, he tweeted or retweeted more than a dozen times as of early afternoon.

Wed Oct 7 , 2020
The president’s physician said Wednesday that Mr. Trump has no fever or symptoms from COVID-19. CBSN spoke with Dr. Robert Wachter, professor and chair of the Department of Medicine at UC San Francisco, about the latest update as well as potential side effects the president’s medications could have on his […] 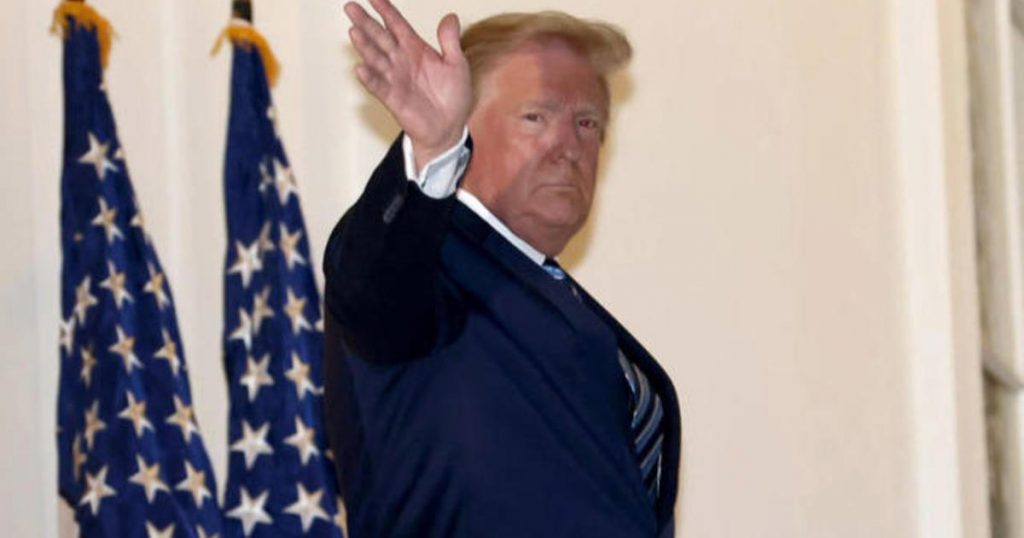