Today’s media and federal government mouthpieces, elected or otherwise, have decided the only thing more important than sex is. . .skin color.

Of course this is bigotry but that doesn’t seem to matter to the “science is real, climate change is the primary reason for criminality” crowd.

This propaganda is everywhere.

Even Mitt Romney agrees and in his case Romney finally stumbled upon the truth.

He does indeed suck.

Into that backdrop I Jason Kraus headed to work one day last week.

After a forty minute drive, about five minutes from my destination, I pulled into a left hand turn lane on a very busy four lane four way stop. As I decelerated from fifty mph, blinking hazard lights on a broken down truck blocked the way.

I slowly pulled around and found a man, who happened to be black, in distress.

The white racist Nazi that I am, leaned towards him, through my window and said, “You need some help?”

He had a cell phone in one hand and began to point to his ear with the other.

I nodded as I realized he was deaf.

Cars with Bernie Sanders stickers,  Black Lives Matter, and Save the Planet whipped by us.

Again, he was under distress and had been sitting there for a while.

I nodded again, looked directly at him, as I figured he could read lips, and told him to stay right where he was as I flipped a U-turn in the middle of the intersection, drove the wrong way right to the front of his truck and jumped out as black, brown, female, and masked drivers flew by doing their prep work for the Indy 500.

Apparently this black life only mattered to the white male Nazi.

I hit my hazards and asked if he had jumper cables.

Fortunately the bigoted white man did.

Out of the corner of my eye I picked up a body coming quickly in my direction. As I turned to face the movement another white male Nazi froggered his way through Daytona and said, “I saw him sitting here and pulled in over by the gas station to give him a hand, see if I could push him across the road.”

There were multiple people and cars over at the gas station and among that group were men and women who looked like the deaf man but none of them moved to help their “black brother.”

If the media were to tell this story it would start with, “Two white racist bigots blocked the vehicle of a disadvantaged, disabled black man and wouldn’t let him move.”

In reality there were two Americans running through traffic trying to help their American brother in need.

The two white bigots attached the cables but the vehicle was beyond that type of help.

The gas gauge was checked and it appeared to be out of gas.

I told the driver of the vehicle to get in and then the two Nazis pushed the vehicle across the extra lanes as I waved at cars doing upwards of sixty to slow down and stop.

The Biden voters couldn’t be bothered and roared past us but eventually some actual Americans hit the brakes and FINALLY we were able to push him a couple hundred yards into a gas station.

My automobile still sat in the middle of the intersection, faced the wrong way as I sprinted back, dodged Libs in cars who I surmised were too busy tik tokking on their phones, and jumped in to find a vehicle that faced mine with his hazards on.

He’d pulled in behind the deaf man’s car to provide cover and had stayed to guard my truck until I returned.

Police shootings cause unrest nationwide amid rise in demonstrations 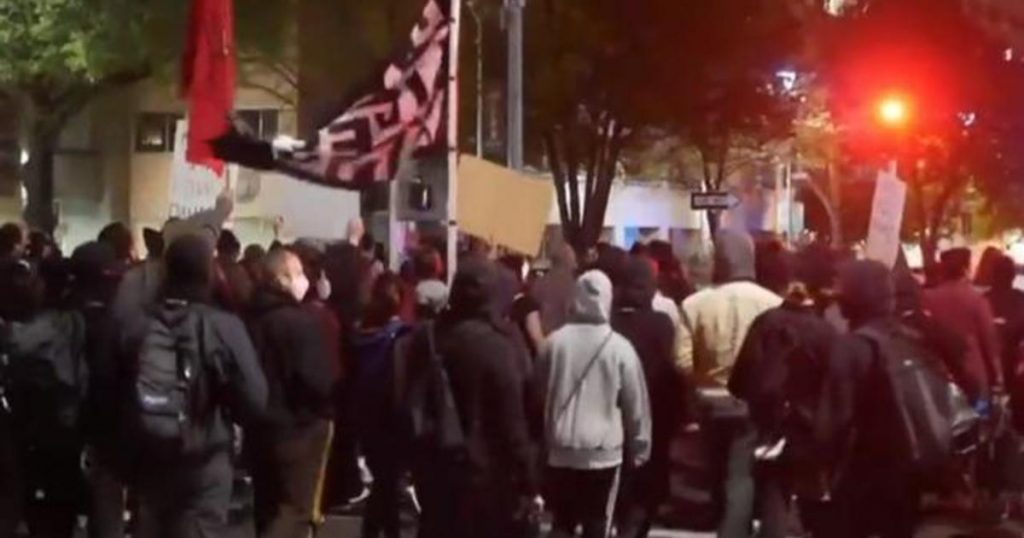