Texas lawmakers have opened a special session to address legislation that state Democrats avoided during the regular session. On Thursday, lawmakers met at the state capital in Austin after Gov. Greg Abbott (R) called the special session.

The governor has a list of 11 priority bills for the legislature to resolve, including border security, transgender sports and critical race theory. However, the number one priority is the state’s election integrity bill, which Democrats attempted to derail by staging a walkout to avoid voting on the bill in May.

“It’s probably going to be a fight because of all the influence from nationals and from partisans out of Washington, but it’s a good common sense bill that I think most Texans, I know most Texans, are gonna be in favor of,” said state Sen. Bryan Hughes (R).

Great dinner with my partners in the #txlege last night. Regular session was a monumental success, but we have unfinished business.

Together, we will finish the job on behalf of all Texans, pass the priority items, and keep our state on a path to prosperity.

Let’s get to work! pic.twitter.com/fcI56n9bRO

The session was called to order at 10:00 a.m when bills were assigned to committee before the meeting was adjourned less than 20 minutes later. Democrats were quick to hold a press conference on their strategy for the session.

“We are going to fight these bills tooth and nail, and use every option is on the table,” said state Rep. Armando Walle (D). “We’re going to use every parliamentary means available to us to stop these bills.”

The new version of the election integrity bill for the special session will ban drive-through and 24 hour voting as well as stop the mailing of unsolicited ballots. However, some aspects were changed since the end of the regular session such as some early and Sunday voting hours.

Republicans have continued to defend the bills.

“I think most my colleagues in the House agree with me that I want to see 100 percent participation,” said state Rep. Matt Krause (R). “And I don’t think anything in House Bill Three or Senate Bill One, keeps the citizens from participating.”

The special session could last up to 30 days, according to the Texas Constitution, but Gov. Abbott may call any number of special sessions and might do just that if the bills are not voted on.

Fri Jul 9 , 2021
Fourteen more victims have been recovered in the Surfside condo building collapse, bringing the confirmed death toll to 78, Miami-Dade County Mayor Daniella Levine Cava said at a press conference Friday. “This is a staggering and heartbreaking number that affects all of us very very deeply,” she said.  Forty-seven of the […] 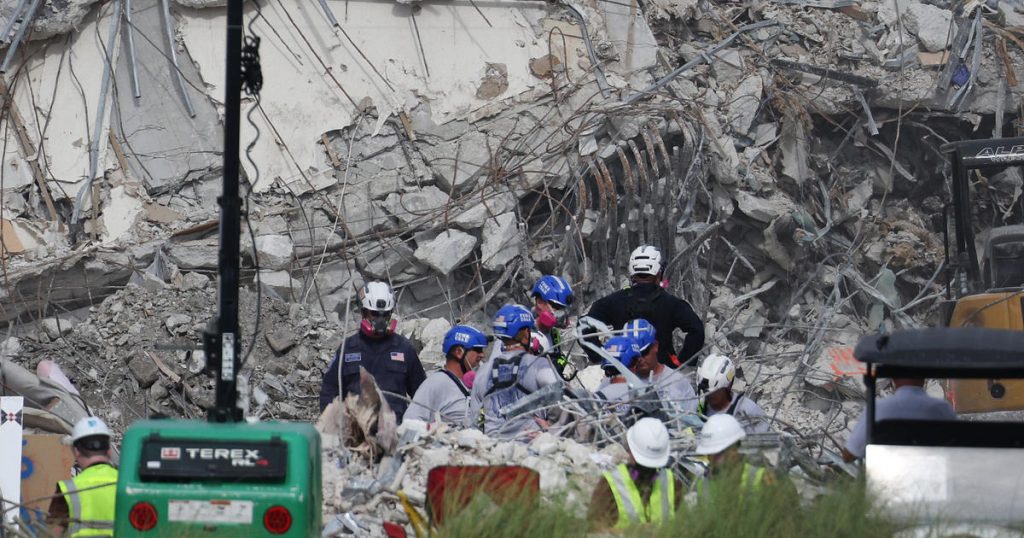