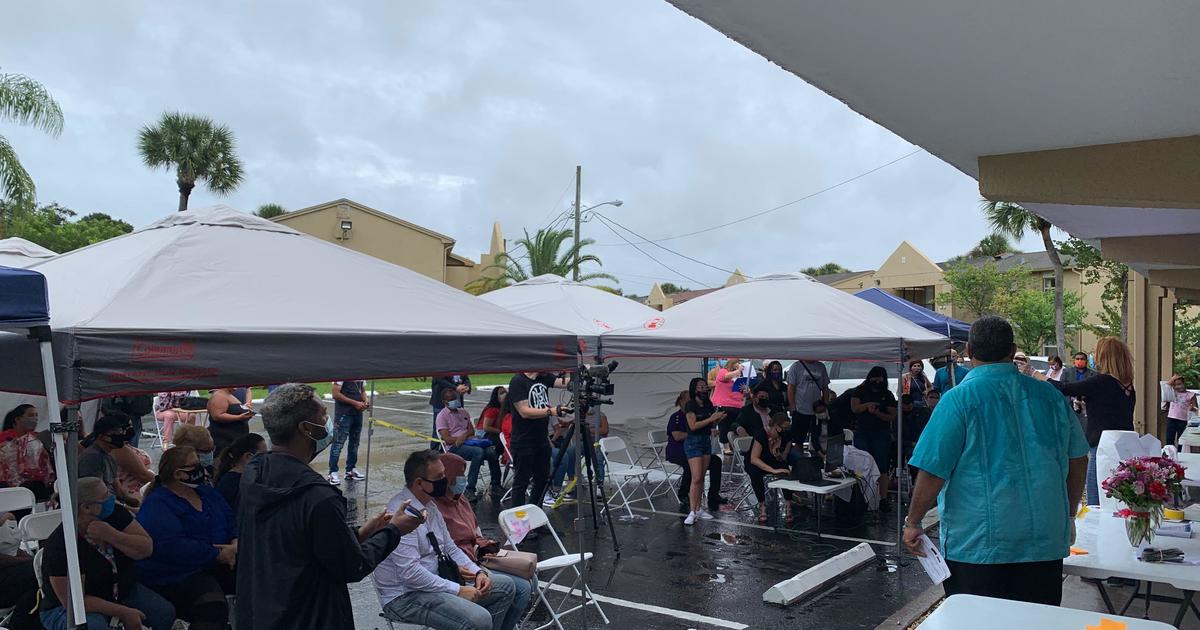 In 2016, ahead of the general election, there were more than 2 million registered Hispanic voters in Florida —15.7% of the total number of registered voters in the state at the time. Since then, the Hispanic population has continued to boom in the state and their influx brings a correlating increase in voter registration. As of July of this year, there were more than 2.3 million Hispanics in Florida —and an increase of more than 350,000 registered voters since the 2016 general election.

For the Puerto Rican community in Kissimmee, another issue that will be at the forefront leading up to the election is Puerto Rico’s recovery efforts, as the community remembers the devastating impact Hurricane Maria had on the island, when the storm ravaged Puerto Rico and caused nearly 3,000 deaths three years ago.

Mildred Wright, 63, is from San Juan, and is an organizer for the Orlando-based nonprofit Organize Florida. She said the group was one of the first to help the Puerto Rican community to begin organizing after relocating to the area.

CBS News spoke with volunteers who are from Puerto Rico but have lived in the Orlando area for at least two decades. They described helping fellow Puerto Ricans acclimate to Orlando in the months after the hurricane as a challenging time made more difficult by limited resources and a language barrier.

Wanda Ramos remembered that organizations like her group, which was called Vamos4Pr Florida at the time, were already working in the community and knew how to reach out and maximize the resources and assistance they could offer.

“People were coming here with just a bag, a backpack and a few things. There were people that came here with medical conditions. Many of them ended up at the hospital in ambulances from the airport to the hospital,” recalled Ramos. “We were connecting with the pain and the suffering and the sadness of the loss that they had coming here with the hope that they could find some relief so they could start a new life.”

Frank Rivera, 63, remembers that some residents were critical of the Puerto Rican families who had relocated to Florida.

“There were many people that were saying at the time, they were arriving here and they were going to depend on welfare,” said Rivera. “Guess what? They have arrived here and they have become active part of our communities. They have started jobs, they started businesses, they’re going to school.”

And they’re organizing within their communities ahead of the November election.

“This election is one of the most important for the people, for the Hispanic people, for the minority people,” said Wright. She added that there are “too many things that want to pull us apart. We should not let that happen.”

A recent CBS News Battleground Tracker poll shows Joe Biden has a 20-point edge over Mr. Trump with support from 56% of likely Hispanic voters in the state. With a 5-point drop among this demographic since the summer, Biden is slightly behind where Democrats were in 2016. With 36% support among Hispanic voters in Florida, Mr. Trump has about the same support as he did in 2016.

In September, just a few days after the Biden-Harris campaign announced a proposal to provide more infrastructure funding to help Puerto Rico rebuild, Mr. Trump announced nearly $13 billion would go to the island for recovery efforts three years after the storm hit.

Some feel the president is politicizing the socioeconomic issues of the island and say these funds won’t be enough to get their votes.

“Three years ago, there were people dying in Puerto Rico because of lack of electricity, and lack of water, and lack of proper services that are needed these days just to get by and he forgot about our people back then,” said Ramos. “He wanted to sell Puerto Rico instead of working it to building it up.”

On more than one occasion, the president has made comments opposing further relief aid to Puerto Rico.

“The people of Puerto Rico are wonderful but the inept politicians are trying to use the massive and ridiculously high amounts of hurricane/disaster funding to pay off other obligations,” the president tweeted in October 2018. “The U.S. will NOT bail out long outstanding & unpaid obligations with hurricane relief money!”

For Rivera, Mr. Trump’s comments contribute to why she is voting for Biden.

Tue Oct 6 , 2020
A post from President Trump downplaying COVID-19 in comparison to the flu was removed by Facebook and flagged by Twitter soon after the president posted it Tuesday morning. It was a rare instance of both social media companies swiftly taking action against one of Mr. Trump’s falsehoods on their platforms. […] 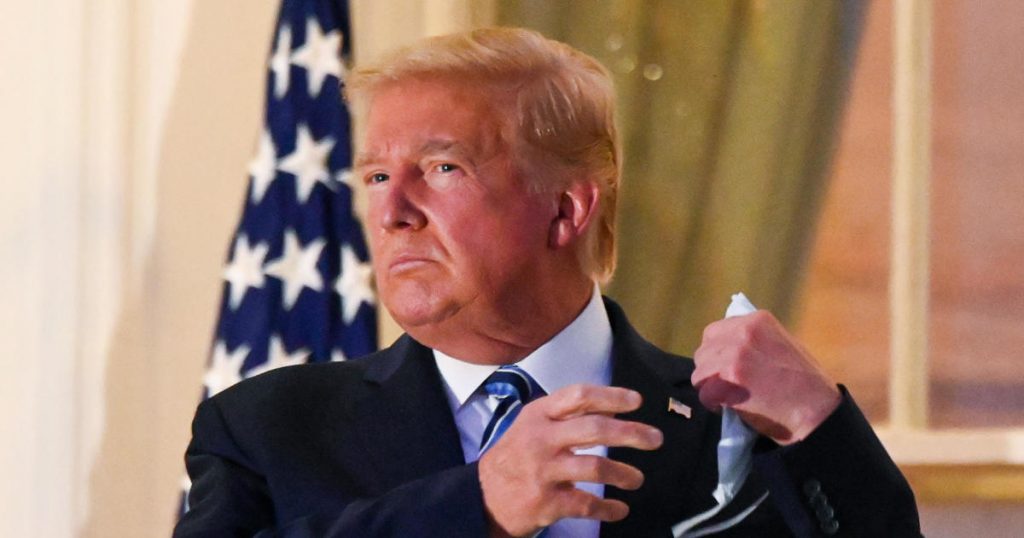