Pope Francis has met with Cardinal George Pell, warmly welcoming him for a private audience in the Apostolic Palace after the cardinal’s sex abuse conviction and acquittal in Australia

ROME — Pope Francis met Monday with Cardinal George Pell, warmly welcoming him for a private audience in the Apostolic Palace after the cardinal’s sex abuse conviction and acquittal in Australia.

The Vatican released a brief video clip of the meeting, a clear sign both the pope and Pell wanted the reception to be seen widely. In it, Francis is heard saying “Good to see you” and “more than a year” — an apparent reference to the time Pell spent in prison.

Neither man was wearing a protective mask, despite the surge in coronavirus infections in the Lazio region surrounding the Vatican, and despite the Vatican’s own admission Monday that four Swiss Guards had tested positive.

Pell returned to Rome on Sept. 30 for the first time since 2017 to find a swirling financial corruption scandal implicating a half-dozen Holy See employees, including one of his Vatican nemeses, Cardinal Angelo Becciu.

Pell, brought in by Francis in 2014 to bring accountability and transparency to the Vatican’s opaque finances, was convicted but ultimately absolved by Australia’s High Court of allegations he molested two choirboys in St. Patrick’s Cathedral in Melbourne while he was archbishop in the 1990s.

He has long maintained his innocence and suggested, without evidence, that his prosecution was linked to his efforts to clean up the Vatican’s finances. For seven years, Becciu largely controlled the secretariat of state’s multi-million-euro asset portfolio and donations from the faithful.

As many schools begin the year online, officials struggle with how to feed students

Mon Oct 12 , 2020
As many schools begin the year online, officials struggle with how best to feed an increasing number of students struggling with food scarcity. Up to 13 million children lived in a home without enough money to pay for food this summer. Nancy Cordes reports. Free America Network Articles 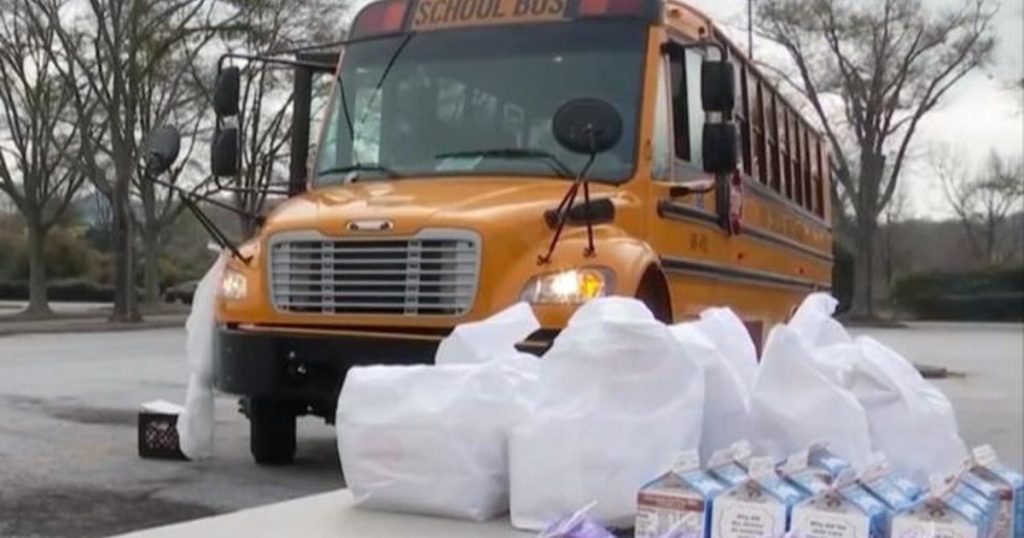