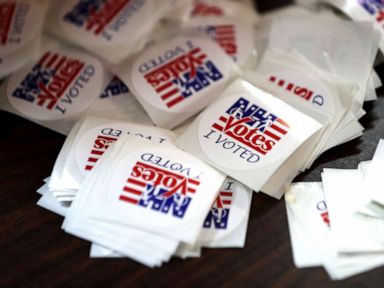 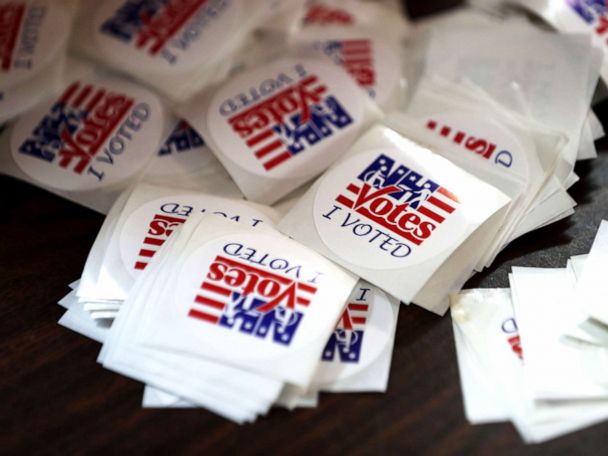 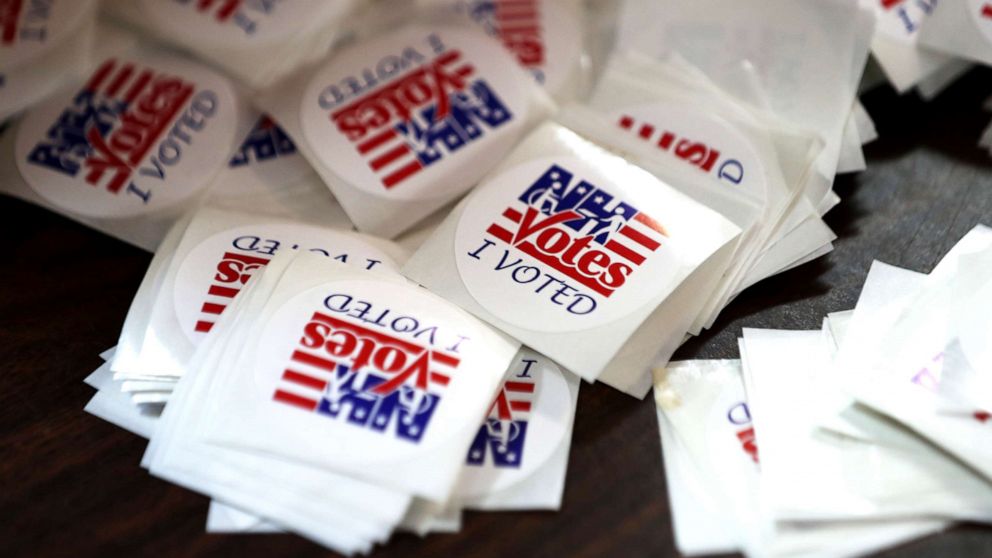 MANCHESTER, N.H. — The first-in-the-nation New Hampshire primary heated up on Tuesday — to potentially become the first decisive outcome this cycle after the tumultuous Iowa caucuses — and the candidates are making their final pleas to voters across the state to outline their vision for the country, rebuke President Donald Trump, call for party unity and make more overt contrasts with their rivals.

While former South Bend, Indiana Mayor Pete Buttigieg and Vermont Sen. Bernie Sanders battle it out for the top spot in the primary, Massachusetts Sen. Elizabeth Warren and former Vice President Joe Biden are jockeying for a last-minute boost, as both have found themselves in a tight race for third and fourth place in recent polling.

Here’s how the day is unfolding. Please refresh for updates.

AMHERST, N.H.—A confident Donald Trump Jr told ABC News in an exclusive interview that he believes his father, President Donald Trump, will be the big winner tonight “much like Iowa,” and called former South Bend, Indiana Mayor Pete Buttigieg “the NASCAR driver of the Democrat party sponsored by every billion you can imagine.”

“I think much like Iowa, Donald Trump is going to win tonight. That’s the one thing I can pretty much assure everyone of. It’s been incredible to go around the state again, to be back here now vs 2016, we have a team, we have people, we have enthusiastic people who have seen the president deliver the things that he was promising back then. So it’s the difference between maybe he could do it and hey, he’s actually done it. The energy has been totally through the roof. It’s been awesome.”

“Any law enforcement strategy that seems to regard people as profile rather than as human beings, especially seeing how this has disproportionately impacted black and brown Americans is something that just has no place in an equitable future,” he said. “You don’t xerox people. And it’s upsetting to hear that kind of language.”

North Country is a stretch of rural New Hampshire without government services — there’s no trash pickup, and residents dig their own wells — and the nearest hospital at which to see a specialist could be hours away.

Voting booths here have been barns and laundry rooms and bedrooms and even dining rooms.

They opened at midnight on Tuesday. Read more about the community here.

6:31 p.m. ABC News partner FiveThirtyEight is up with their live blog

ABC News partner FiveThirtyEight is up with their live analysis blog.

Welcome to New Hampshire primary night!! Hopefully, we’ll actually get results tonight in a timely fashion (looking at you, Iowa).

A crew of FiveThirtyEighters has been here on the ground in New Hampshire since the debate on Friday, and we’ve been busy covering candidate events and hitting the campaign trail (and maybe a tattoo parlor) ever since.

Our primary forecast is frozen. We won’t update it with any new data, including polls, until all the results from New Hampshire are it. In New Hampshire, our forecast suggests Sanders is likely to win the most votes, with a 2 in 3 shot. Buttigieg has about a 3 in 10 chance of winning the most votes. The likelihood for the other 2020 candidates to finish first tonight is low.

Check out Nate Silver’s piece on 28 scenarios for how things could shake out in New Hampshire and beyond — but remember that whoever finishes in second or third place could capture a lot of media attention, too, depending on the margin. For instance, a strong second-place finish by Buttigieg could keep him viable, and a second-place finish by Warren or Klobuchar could jumpstart either one of their campaigns.

About 48% of Democratic primary voters said they made up their minds about their chosen candidate either on Tuesday or within the last few days, with 16% deciding today, according to preliminary results from the New Hampshire primary exit poll.

Turnout among conservatives is at a record-high in the GOP primary, with about 81% labeling themselves as conservatives, up from the previous record of 71% in 2016. About 61% of voters in the Democratic contests are liberals, according to the preliminary exit polls.

About 83% of GOP voters say they support building a wall “along the entire U.S. border with Mexico,” and about 88% say Trump has mostly kept his campaign promises.

5:15 p.m. Turnout among independents and liberals is running high.

Turnout among these two groups may hold the key to the Democratic primary, according to preliminary results from the New Hampshire primary exit poll.

About 45% of voters in the early results are independents, compared to 40% in 2016, when independents boosted Sanders to an overwhelming victory in New Hampshire, winning 73% of their votes versus Hillary Clinton.

On the issues, about 58% of voters said they support a single government health plan for all Americans, matching to about 57% in the Iowa caucuses, and about 37% called health care the most important issue for their vote, according to the preliminary results from the exit polls.

Under pressure to excel in the Granite State amid a fiercely competitive race, many candidates have camped out in the state since early last week, spending much time openly criticizing their rivals’ records and experience.

Only eight days after the contest in Iowa — caucuses which were thrown into turmoil due to “inconsistencies” in reporting results — two front-runners have emerged.

While Buttigieg and Sanders battle it out for the top spot in the primary, Massachusetts Sen. Elizabeth Warren and former Vice President Joe Biden are jockeying for a last-minute boost, as both have found themselves in a tight race for third and fourth place in recent polling.

Though Biden has seemingly already admitted defeat in New Hampshire — announcing plans to skip out early and head to South Carolina ahead of the Feb. 29 primary.

Wed Feb 12 , 2020
Chinese President Xi Jinping (R) and US President Donald Trump attend their bilateral meeting on the sidelines of the G20 Summit in Osaka on June 29, 2019. Brendan Smialowski | AFP | Getty Images The ongoing coronavirus outbreak is speeding up the so-called “decoupling” between the U.S. and China more […] 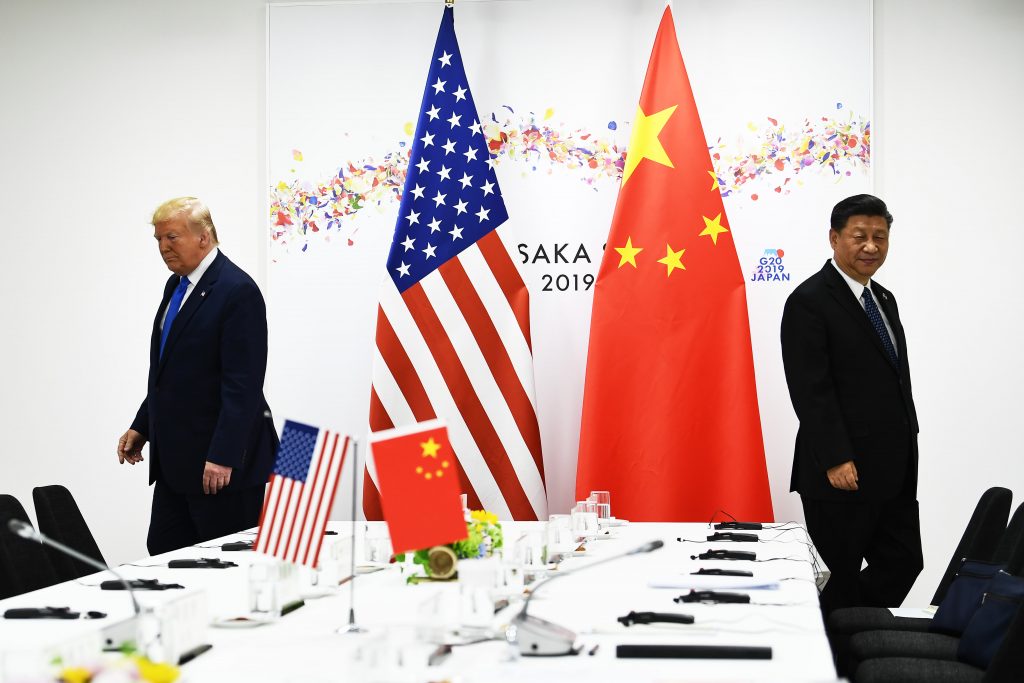