Tech shares dropped for a second day on Tuesday in the face of higher interest rates and a rotation into stocks more linked to the economic recovery.

The Nasdaq Composite slipped 2.1%, falling below its 50-day moving average, a key technical indicator, for the first time since Nov. 3. The S&P 500 fell 0.8%, while the Dow Jones Industrial Average dipped 130 points after shedding 360 points at its low.

“The economy is a long way from our employment and inflation goals, and it is likely to take some time for substantial further progress to be achieved,” the Fed chief said in prepared remarks for the Senate Banking Committee.

Inflation fears have risen in recent weeks amid a sharp rise in bond yields as policymakers debate another round of economic relief as Covid cases decline. Investors fear that a spike in prices due to federal stimulus could force the central bank to raise short-term borrowing costs.

“The Fed is focused on employment and seems very willing to absorb higher inflation and excesses in financial market that brings financial instability in hopes of getting there,” Peter Boockvar, chief investment officer at Bleakley Advisory Group, said in a note. “But, as seen in the long end of the yield curve, the markets have a say here too and they are speaking loudly. Hopefully at some point Fed officials will listen.”

Tech stocks, most vulnerable to higher interest rates, have sold off in recent days. Investors also rushed to book profits in these pandemic winners whose valuations have reached historically high levels.

Tesla traded 4% lower after sliding as much as 13% earlier, following a 9% decline in the previous session. Apple lost 1.7% after a 3% slide on Monday. The iPhone maker’s stock is down about 11% over the last month.

Small caps also came under pressure with the Russell 2000 dropping 1.9% Tuesday, paring its February gained to 6.5%. These beaten-down value shares have been outperforming the S&P 500 in 2021 amid optimism toward the vaccine rollout and the economic reopening.

“The sell-off in tech darlings and much-loved small-caps could be interpreted as the beginnings of market jitters,” said Chris Larkin, managing director of trading and investing product at E-Trade. “That’s not to say that equities have run their course, it’s more like cyclical sectors like energy and financials are more attractive, while tech takes a backseat.”

The 10-year Treasury yield, which has risen steadily since the start of 2021, held steady on Tuesday around 1.36%. So far this month, the benchmark rate has moved up hefty 28 basis points. The 30-year yield touched a one-year high of 2.2% Monday. A basis point is 0.01%.

Losses incurred during Tuesday’s session added to a growing divergence between key areas of the market. The tech-heavy Nasdaq Composite, which slid 2.5% on Monday, is down more than 5% so far this week.

The Dow, which includes a greater proportion of cyclical stocks, is down a far-more-modest 0.7% since Friday’s close as investors snap up names they think will benefit from an economic recovery. Energy and financials — two of the best-performing sectors this year — once again led the market Tuesday.

Jonathan Golub, Credit Suisse’s chief U.S. equity strategist, believes cyclical stocks will lead the market to new highs in the rest of the year on the back of earnings upside and optimism on the economic reopening.

“Rising rates — a benefit to Financials — and copper and oil prices — a boon for Industrials, Energy, and Materials — further augment this favorable backdrop,” Golub said in a note Tuesday.

Tue Feb 23 , 2021
Sacramento, California — California lawmakers on Monday cleared the way for 5.7 million people to get at least $600 in one-time payments, part of a state-sized coronavirus relief package aimed at helping those with low-to-moderate incomes weather the pandemic. Governor Gavin Newsom said he will sign the bill into law […] 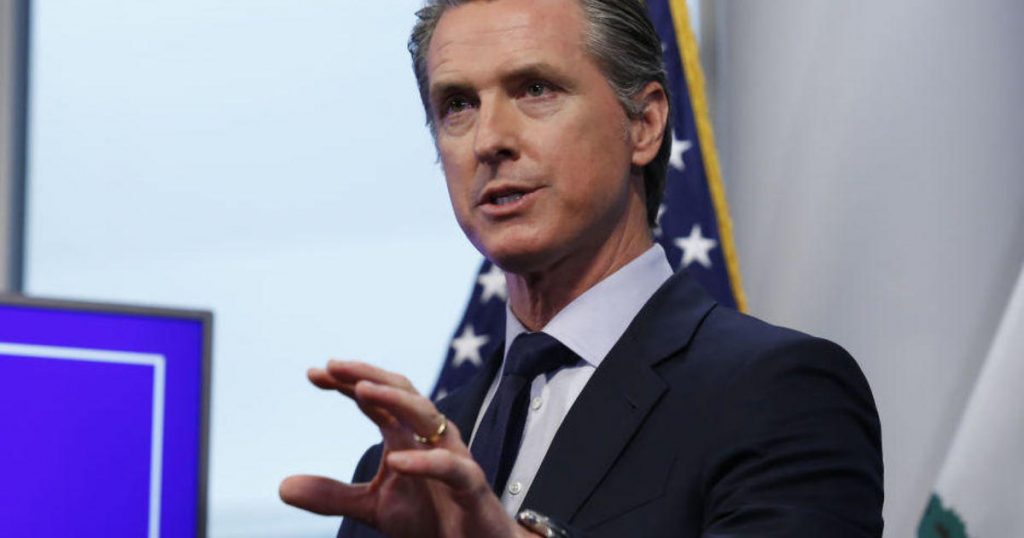