Even with careful study and a discerning mind it is, at times, difficult to get a grip on the Liberal thought process as it feels as though I am watching a deformed, warped subspecies try to drink water with a fork.

Now we know it’s never going to happen but they continue forward dipping the prongs into the glass and stabbing themselves in the face all the while proclaiming that it isn’t working because President Trump keeps moving their hand or climate change has caused the water to evaporate before it has a chance to reach their ever flapping maws.

Wildly insecure, in constant need of validation, and low to no impulse control.

I’d compare them to a five-year-old child, but I was once five, and never scratched the surface of Progressive puerility.

Speaking of a five-year-old, Never Trumper and sadomasochistic author Stephen King described the idiotic mindset of the Liberal perfectly by stating, “I would never consider DIVERSITY in matters of art. Only quality. It seems to me that to do otherwise would be wrong.”

All full grown in his big boy hypocrisy pants!

Of course Progressives are lost here.

What did he say that was so bad Jason?

I can hear AMERICANS reading this right now laughing but in all earnestness how does one explain Liberal to a Liberal?

They somehow got lost on the birds and the bees and are now uncertain whether they should stand or squat in the lavatory.

(4) That smoking pot will cure all cancers and create better drivers while somehow making medical and vehicle insurance cheaper.

These people aren’t too cool for school, they’re too stupid to breathe or in Clinton context “I did not inhale” with that woman Miss Lewinsky.

Yes Slick Willie, we know what you did to that poor blue dress.

Talk about wild insecurity, constant need for validation, and NO IMPULSE CONTROL.

Insert the definition of “is” and a laugh track right here.

Diversity is another term for skin color bigotry and what Carrie up there is trying to say (It appears Heebie Jeebie Stevie has some issues with women) is that Art should be judged on its MERITS but other menial items like employment, promotions, surgery, academics, law enforcement, and the MILITARY should be a bigoted concept where preference is given to specific melanin deposits, regardless of merit, but ART well now ART must be judged through a lens of Progressive Affirmative Action Purity.

How Liberal of him!

Not to be outdone by Swastika Stephen the Democratic Presidential con-artists/candidates were back on the CNN stage although not much had changed.

How interesting it is that they so mightily struggle when not given the answers.

By the way Donna Brazile, I hope Seth Rich haunts every moment you have left on this Earth you miserable wretch.

Parenthetically, Bernie Sanders still believes that women fantasize about being raped simultaneously by three different men and the Liberal women still line up behind him and say please sir may I have another.

Elizabeth Warren continued to lie and has lied so many times she is starting to make Jussie Smollett look credible and yet the Progressives continue to line up behind a woman who makes Hillary Clinton appear stable.

Ol HRC might not be able to load herself into a van anymore, and there is no doubt she is one hateful shrew, but at least with Hillary her motives are clear and consistent.

For her own protection Elizabeth Warren shouldn’t be allowed to walk around without headgear and a bite stick, as she appears to be constantly having seizures, and she should never be alone with any type of fluid filled bottle without a nipple attached.

I fear she may drown.

The current leader of the Presidential Diversity Party is a bigot from Delaware who called Barack Obama “clean” yet according to reports the “blacks in South Carolina” are his firewall against the Rapey Communist (Sanders) the Cherokee Communist (Warren) and the “Queer” Communist (Buttigiggy).

What’s crazy about that last sentence is it is all true and DOCUMENTED, unlike thirty percent of the Democratic Party.

The “blacks in South Carolina” have been told by the DNC that they have four choices.

Now that I think about it, put that aforementioned fork, in the Democratic Party.

Sun Jan 19 , 2020
Legendary rapper and entertainment entrepreneur Ice Cube made it crystal clear: The Big3 is not a senior tour meant for retired players finished with their careers in the National Basketball Association. “We’re not a senior anything,” Cube said in an interview with CNBC. “We just lowered our age to 22. […] 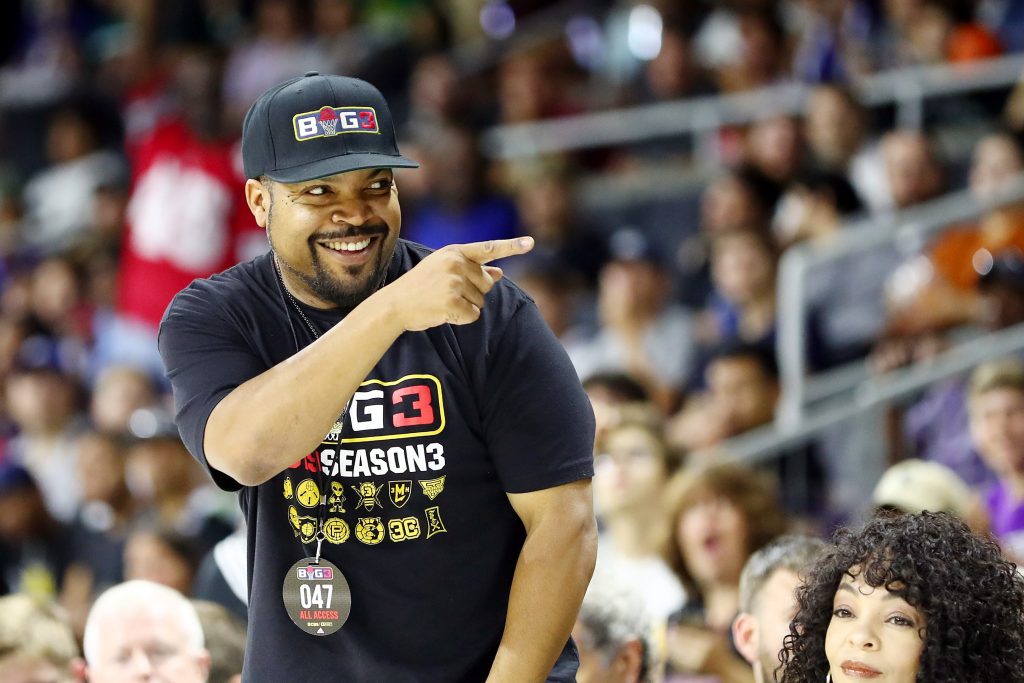