About 8% of U.S. teenagers or a member of their household have had Covid-19, higher than the national average of 6%, according to Piper Sandler’s semiannual survey of teen consumption trends.

Some health officials have pointed fingers at teenagers and young adults for local outbreaks, citing parties and gatherings that don’t follow social-distancing guidelines. As of Sept. 30, 362 deaths of people ages 15-24 have involved Covid-19, according to data from the Centers of Disease Control and Prevention.

The coronavirus pandemic has upset teens’ daily lives, changing everything from how they socialize to how they spend their time and money. Overall teen spending has fallen 9% to $2,150 this year, compared with the same time in 2019.

Teen spending has also shifted to new interests. Video games now make up a 10th of teens’ spending, its highest level yet, according to the survey of 9,800 respondents, who answered the questions between Aug. 19 and Sept. 22.

That’s likely because 57% of teens said they are spending more time playing video games this year compared with 2019. Thirty-one percent say they play daily, compared with 26% of teens reporting daily usage in the spring survey. A majority of teens are hoping to purchase Sony’s PS5 or Microsoft’s Xbox Series X, which are expected to debut in November. That’s also higher than in the spring.

Roughly a quarter of respondents said the virus affected their part-time jobs or ability to find work, but a third have part-time jobs, down from 37% in the spring survey, which tallied responses in late February. The largest employer of the age demographic has historically been the restaurant industry, which has been roiled by the crisis.

More than three-quarters of the survey respondents said they went back to school either in a hybrid format or completely virtual.

Since the pandemic began, 72% of teens have dined at a restaurant. The survey question did not specify if such dining was indoors or outdoors. The Centers for Disease Control and Prevention has linked indoor dining to increased risk of contracting Covid-19. Only 11% of respondents have flown on a plane in that time.

Still, teens are optimistic. In the next six months, about 77% plan to dine at a restaurant and a third expect to fly. The time period includes the holidays, which is typically the busiest time for airlines.

Respondents were also less concerned about coronavirus compared with the spring survey. The virus, which was ranked number two among their top 10 most important political and social issues when asked in February, fell to the fifth slot this time. Racial equality took the top spot, with Black Lives Matter two spots behind it in third place. Gun control slipped from fourth and nearly fell off the list, landing at 10th place.

Tue Oct 6 , 2020
President Trump returned to the White House Monday evening, where he immediately removed his mask and recorded a video telling Americans to not “be afraid” of COVID-19. Also, a Texas police officer has been charged with murder in the shooting death of a Black man. All that and all that […] 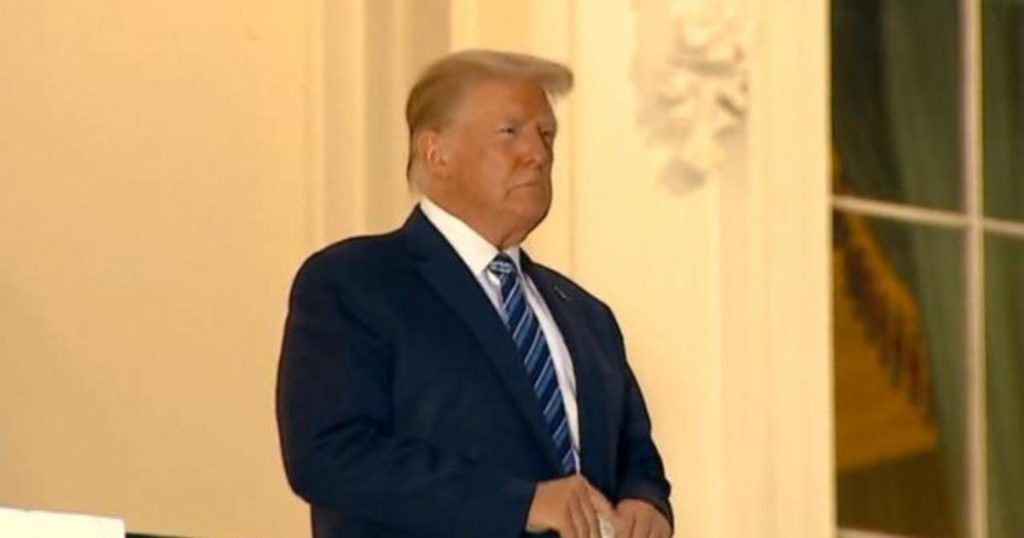