U.S. President Donald Trump listens to Microsoft President Brad Smith, left, speak during a roundtable discussion with industry executives on reopening the country, in the State Dining Room of the White House in Washington on May 29, 2020.

A handful of Microsoft employees spoke out on Twitter against the software company’s campaign contributions after Brad Smith, Microsoft’s president, said in a tweet Monday that the company is in favor of a peaceful transition of power to President-Elect Joe Biden.

The tussle concerns the Microsoft Political Action Committee, known as MSPAC, through which employees can contribute money that goes to state and federal candidates and to other committees. MSPAC’s first contributions on file with the U.S. Federal Election Commission date to 1988, two years after Microsoft’s initial public offering. The group has long given to both Democrats and Republicans.

The flare-up came days before the Jan. 6 hearing during which Congress will gather to approve the Electoral College outcome of the 2020 presidential election, in which Biden surpassed incumbent Donald Trump. Since the election, Trump has launched multiple unsuccessful attempts to challenge election results in several states where he lost. In a phone call Saturday, Trump pleaded with Georgia’s secretary of state to “find” the president enough votes to overturn Biden’s win in the state, according to recordings released after the call.

Eleven Republican Senators have aligned with Trump and said they would attempt to delay the certification of votes on Wednesday, citing allegations of fraud and irregularities in the 2020 election for which they provided no evidence and which have been rejected repeatedly by courts around the country.

One Microsoft employee, Jake Friedman, responded to Smith’s call on Twitter by asking if Microsoft should stop giving to people who wish to get in the way of a smooth transition. Friedman published a screenshot showing details of a $2,000 donation to a committee backing Jim Jordan, a Republican U.S. representative from Ohio who sought and won reelection in November. In December Jordan told Fox News he was in favor of having “a real debate on Jan. 6.”

Microsoft employee Mike O’Neill thanked Friedman for the tweet on Tuesday and said he had requested a cancellation of future donations for MSPAC.

Brandon Paddock, another employee at Microsoft, suggesting discontinuing MSPAC or blocking MSPAC contributions to people who get in the way of democratic principles, which Smith had mentioned in his tweet.

Smith did not address the criticism.

The question of how MSPAC contributions fit in with the ideals Microsoft espouses, such as ensuring privacy, came up in November, after journalist Judd Legum pointed to a $2,500 MSPAC contribution to a group supporting the reelection of Republican Sen. Lindsey Graham of South Carolina. In June, Graham had introduced legislation that would help law enforcement agencies access encrypted data. Graham was reelected in November.

One of them, Justin Schoen, said he would reconsider his contribution to MSPAC.

“We recognize that to make progress on the issues that matter to our customers and to our business, we must engage with candidates and officeholders who hold a range of views,” a Microsoft spokesperson told CNBC at the time. “Given the breadth of our policy agenda, it’s unlikely we’ll agree on every issue, but we’ve learned that engagement—even when individuals hold different positions—is an essential part of achieving progress.”

WATCH: Why Microsoft is Morgan Stanley’s top software pick for 2021 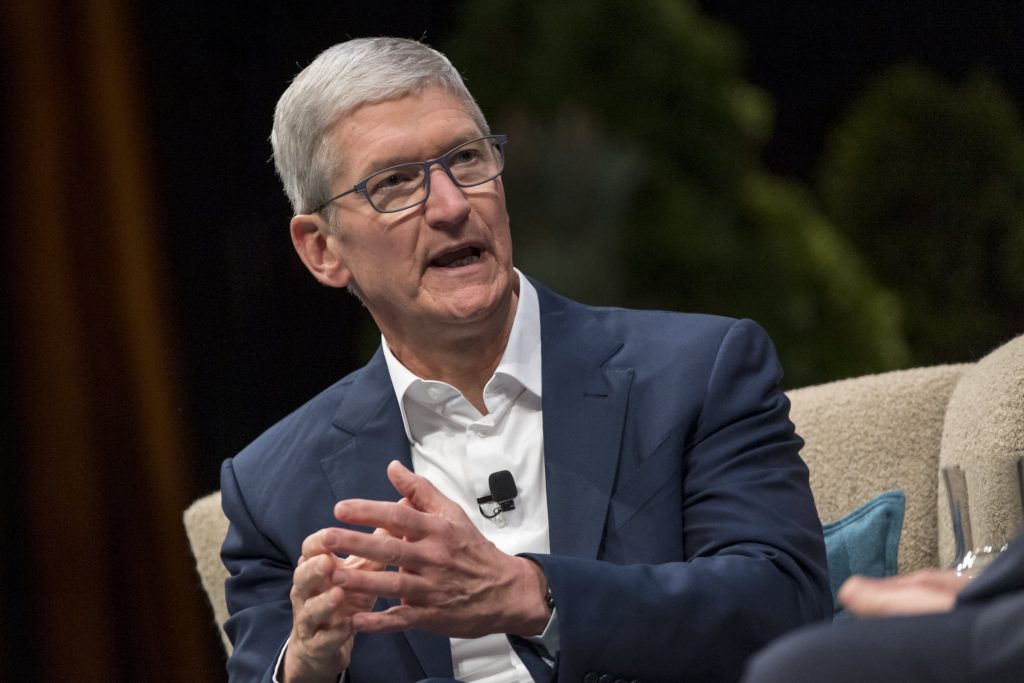