FILE PHOTO: Japan’s Prime Minister Shinzo Abe speaks during a news conference where he announces an extension of the nation’s state of emergency amid the spread of the coronavirus disease (COVID-19) at the Prime Minister’s Office in Tokyo, Japan May 4, 2020. Eugene Hoshiko/Pool via REUTERS

TOKYO (Reuters) – Celebrities and other critics of Japanese Prime Minister Shinzo Abe have taken to social media in droves to protest against a plan to raise the retirement age for prosecutors, calling it undemocratic and ill-timed during the coronavirus crisis.

Critics fear such a move would let an administration retain favourites in key posts, endangering prosecutors’ independence, and were angered by its timing during the virus pandemic, Abe’s handling of which has drawn fire for being slow and clumsy.

A survey published in the Nikkei daily on Monday showed 55% of respondents disapproved of Abe’s handling of the crisis, up 11 points from a previous poll, although support for his cabinet was little changed at 49%, after a decline this year.

“In the midst of the coronavirus calamity, we should focus on people’s lives,” well-known director Amon Miyamoto said on Twitter in one of what media said were more than 4.7 million similar messages, including repeats, over the weekend.

“To forcibly decide on a law that is clearly divorced from democracy is a tragedy for Japan.”

Parliament is debating whether to raise prosecutors’ retirement age to 65, from 63, except for the top prosecutor, as well as further extensions with cabinet approval.

Abe defended the change in parliament, saying it was in line with those for other civil servants that aimed to make “full use of the rich experience and knowledge” of older officials.

He added, “It’s wrong to argue that (the revised law) would lead to arbitrary personnel decisions by the cabinet.”

Abe also faced criticism this year when the chief of the Tokyo High Public Prosecutor’s Office, seen as close to the premier, was allowed to stay on after turning 63.

“The legislation would clearly destroy the separation of powers,” said independent political analyst Atsuo Ito. “People are angry that they are trying to enact this speedily at a time when we face anxiety over the coronavirus.”

While Japan has not suffered the explosive surge in infections of other nations, its tally by mid-day on Monday stood at 15,847 cases, including 633 deaths, public broadcaster NHK said.

The pandemic has delivered a crushing blow to the economy, stirring talk of a Great Depression-like downturn among Japan’s central bankers. On Monday, Abe vowed swift further stimulus measures.

Mon May 11 , 2020
Elon Musk, chief executive officer of Tesla Inc., speaks during an event at the site of the company’s manufacturing facility in Shanghai, China, on Monday, Jan. 7, 2019. Qilai Shen | Bloomberg | Getty Images Sales of Tesla’s Model 3 sedan in China fell over 64% in April compared with […] 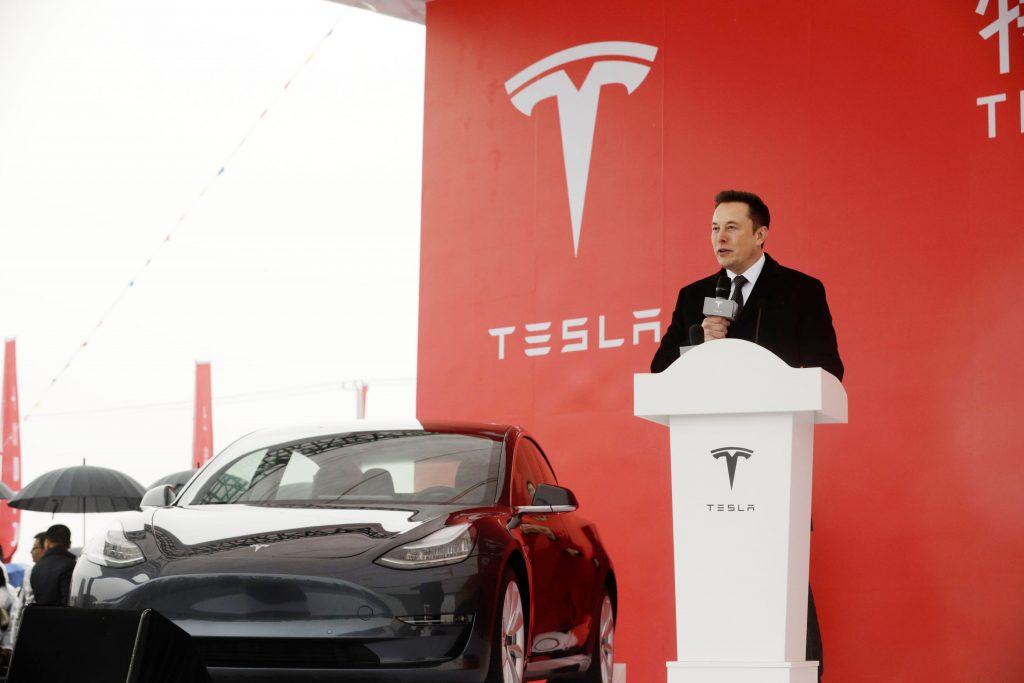