Stocks in Hong Kong soared nearly 4% on Wednesday afternoon trade following reports that a controversial extradition bill is set to be withdrawn.

Hong Kong leader Carrie Lam will reportedly announce the withdrawal of a contentious extradition bill that has sparked months of mass protests and dampened investor sentiment. Its full withdrawal is one of five demands that protesters have been fighting for.

According to the South China Morning Post and other local media reports, Lam is due to make the announcement on Wednesday. CNBC sources confirmed that Lam will be calling for an urgent meeting with pro-Beijing supporters on Wednesday, but the agenda has not been confirmed.

Shares of companies that have come under the spotlight amid the turmoil in Hong Kong also skyrocketed following those reports.

Railway operator MTR, which has been hit by disruptions in its operations and damage to its infrastructure, jumped 6.4%. Embattled airliner Cathay Pacific also saw its shares surge 7.21%, with the firm’s CEO stepping down in mid-August amid heavy political pressure from Beijing after one of its pilots was found to have taken part in the ongoing protests in Hong Kong.

The Caixin/Markit Services Purchasing Managers’ Index came in at 52.1 in August, its highest since May. The 50-mark in PMI readings separates growth and contraction. Official data for August released over the weekend showed services sector activity picking up for the first time in five months in August.

The S&P/ASX 200 in Australia closed 0.31% lower at 6,553.00. Data released Wednesday showed Australia’s economy rising as expected during the second quarter. Gross domestic product rose 0.5% quarter-on-quarter on a seasonally adjusted basis, and grew 1.4% year-on-year. Both figures came in in line with expectations from their respective Reuters polls.

Overall, the MSCI Asia ex-Japan index was more than 1.6% higher.

“The consumer still seems to be holding up there real well, but as we … learned last year in the fourth quarter, the consumer can kind of change on a dime and with some recent consumer data coming in a little bit lower than expected, that does have some people a little bit … more worried than they were just a short time ago,” Maley said.

The yield on the benchmark 10-year Treasury note also dropped to a 3-year low on Tuesday following the disappointing manufacturing activity data, falling to 1.441% — its lowest level since July 2016. It was last at 1.4859%. Yields decline as bond prices rise.

— Reuters and CNBC’s Fred Imbert and Grace Shao contributed to this report. 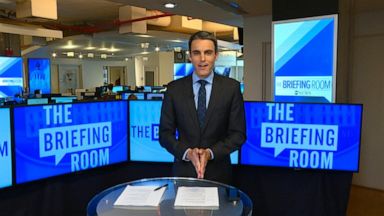