For the second time in two weeks, R&B singer R. Kelly walked out of Cook County Jail. It appears that the singer has not paid child support in a while.

$161,000 in child support was paid on Kelly’s behalf before Kelly could walk out of jail.

Sophie Ansari is a spokeswoman for the Cook County Sheriff’s Department. The department operates the jail.

Ansari said that the money was posted sometime Saturday morning. It is alleged that a close friend of  Kelly said Tuesday the woman who posted bond for the singer met him on a cruise five months ago.

Don Russell, a Kelly friend and adviser, said that within a few months of meeting the R&B singer, Valencia Love posted $100,000 to help Kelly win his freedom from Cook County Jail after he spent three nights in custody.

Kelly, aged 52, was ordered into custody on Wednesday by a judge after he said that he did not have the entire $161,000 he owed in child support.

His latest three-night stay in jail came after a judge ordered him locked up for skipping out on what his ex-wife said was more than eight months of support payments for his three children.

Last month Kelly was charged with 10 counts of aggravated sexual abuse pertaining to four women, including three who were minors when the alleged abuse occurred.

Kelly’s attorney, Steve Greenberg, said in court last week that the singer’s finances were “a mess” after he was dropped from his record label. This followed recent boycotts of Kelly’s music.

Greenberg also claimed Kelly’s residual income from his music was limited, and that Kelly didn’t even own the rights to his hit song “I Believe I Can Fly.”

Well, Kelly may have believed he could fly but allegedly flying with underage females doesn’t seem to be the right choice.

Sat Mar 9 , 2019
Seattle police said they rescued 26 women after a three-and-a-half-year human trafficking investigation into massage parlors across the city. After receiving dozens of complaints, police investigated 11 businesses and arrested six people for promoting prostitution and money laundering. The victims, who are originally from China, were between the ages of […] 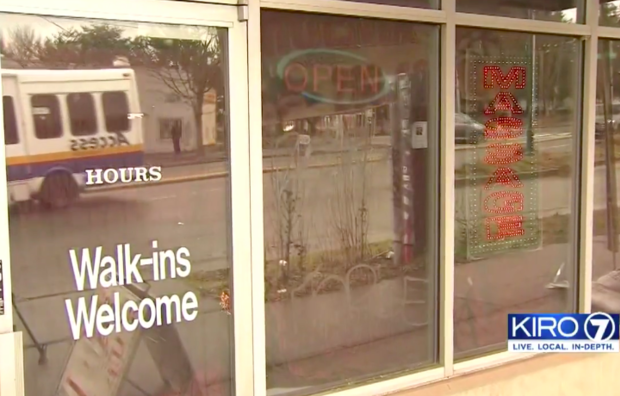