The unborn are getting support from President Trump’s administration. Taxpayer dollars will no longer go to fund abortion referrals.

The Trump administration was being sued by the largest abortion provider, Planned Parenthood,  along with 20 states and the District of Columbia.

Back in February, the Department of Health and Human Services (HHS), revamped the rules from diverting Title X family planning funding by prohibiting recipients from using the funds to “perform, promote, refer to, or support abortion as a method of family planning.”

The Ninth Circuit Court of Appeals, which has two new judges who were appointed by Trump, rejected the plea.

Planned Parenthood tweeted, “This is a devastating blow to the 4 million patients who obtain birth control, cancer screenings, and other essential care through Title X.”

BREAKING: A federal court just allowed the Title X gag rule to go into effect. This is a devastating blow to the 4 million patients who obtain birth control, cancer screenings, and other essential care through Title X. #ProtectX #NoGagRule https://t.co/EeU1mq5gT8

Clinics were notified by the Trump administration that they will begin to enforce the ban on abortion referrals and will also a require that clinics maintain separate finances from facilities that provide abortions.

Needless to say, the pro-life movement, which opposes abortion, is very happy with the Trump administration’s handling of this matter and the court’s decision.

This is all within the law as it stands. All that the administration did was enforce the law.

Going into effect next year, abortion facilities will not be able to be under the same roof as family planning clinics.

It has always boggled my mind as to how an abortion is actually planning a family. It isn’t. An abortion murders a baby who would have become a part of a family.

The time has come for women and yes, even men, to realize that abortion is not a form of birth control. Controlling the desire to have a baby, should come before conceiving a child. There are many forms of birth control out there for women to choose.

Also, a choice to abstain is always there for women and men not wanting to use protection to prevent pregnancy. If you play with fire, expect to get burned. That is comparison works in any walk of life.

I had elaborated on my opinion when I responded to a couple of  LifeNews.com Tweets. You can see them here:

Murder is not health care. A woman’s reproductive rights are her own. If she doesn’t want to get pregnant, there are many ways to stop her body from reproducing. Unless she wad raped, she has control and so does a man. Don’t create life to murder it.

Around four million women are served from Title X funding of private clinics. About forty percent of those clinics are operated by Planned Parenthood. Around $260 million a year is provided to the clinics.

Do you want to pay for the murder of babies, as in abortion? Me neither. My request has been granted.

WATCH: Half a million people pledge to storm Area 51 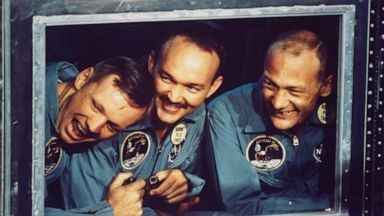