As this past week played out I found myself shaking my head.

The Cuomo clowns, Brian dodging bullets Williams, the extension of the illegal/Unconstitutional FISA.

It’s all so ridiculous it has almost become amusing.

Michael Flynn was indicted, arrested, perp walked, plead guilty, changed his mind, hired a new attorney, had his charges dropped and is still being held in limbo by a judge for something he didn’t do.

He was unmasked by the exact people who want everyone to wear a mask.

The Clintons, Comey, Clapper, Holder, Lynch, Rice, etc., and of course Obama and Biden were on an eight year world-wide crime spree with so much direct evidence even AOC could present this case, “You know like they like did it, like duh!” and win.

The craziest part is Bill Barr sitting there, not only letting them all walk free, but allowing one of them to run for the highest office in the land, and somehow many in the American population still believe that Barr is a “good man” and “Durham is going to drop a bomb” in the next few weeks to come.

I’d love to be wrong.

For those of you still supporting Barr I have two words.

How about two more?

These people are known criminals who have committed admitted felonies and Barr does nothing.

Even if Durham actually brought charges (which is unlikely and if done would be minimal and only target a few lower level fall guys) without President Trump’s re-election every DOJ case against the anti-American Liberals would be thrown out as soon as Biden or whomever takes office.

I’ve even heard some “Conservatives” say that the Dems don’t care about justice or the law.

The Liberals not only condone everything Pelosi, Schiff et al. have done, they’ve loved every second of it!

They’ve boasted and lied and boasted about their lies and no one in government does anything except create more debt.

Trillions and trillions of the stuff.

California Democrats have been forced into their homes, laid off from their jobs and threatened with imprisonment all while the Governor gave criminal foreign nationals a paycheck.

Now the Golden State, that is in deep with China (see Feinstein, Newsom, etc.) has decided to furlough and fire some of its State Workers because the Liberals have run out of money.

Biden all the way!

Some of these Dems have even said things like “We believe Biden raped that woman but we don’t care” or “Biden could rape me in the street and I’d still vote for him.”

Of course you would.

Anyone who supports the murder, dismemberment and sale of baby body parts sure isn’t going to get riled up by a child molesting hair sniffing rapist.

Biden would have been a great Catholic priest, shuffled from country to country, parish to parish.

Imagine how well he’d do stroking and washing the feet of Sunnis and Shiites, just like Pope Francis.

If all that wasn’t enough ol Barry Soetoro himself started to jabber about the Rule of Law.

A militia in California lined up in front of the Capitol building and faced off with CHP.

They weren’t armed but in California anything remotely close to standing up for Freedom is a step in the right direction.

Michigan didn’t have the same issue as to weapons and moved FREELY while armed and protested a “Governor” vying for the Democratic “Vice-President” spot while she attempted to use Michiganders as props as she shut down barbers and the like.

Citizens in the Great Lake State know they are FREE and didn’t ask permission to exercise their 2nd Amendment Rights.

The visual of many AR-15’s was a beautiful sight.

We appreciate you are surrounded by donkeys, RINOS and snakes and applaud your push forward by calling their behavior Treason.

It was and is and is punishable by execution.

However, you continue to make your job incredibly difficult to perform with your choices of staff.

It’s time to reach outside of your New York inner circle and the Swamp of Washington D. C..

I know you are busy so I’ll offer this bit of information.

As we all know the RINO/Elephant has to be eaten one bite at a time and we need to get started as this one is a biggin.

Finally, it is common knowledge that one must cut the head off of the snake in order for it to die but in order for that to happen the Snake must be named.

You have plenty of choices with which to start.

These Democrats have called you a rapist, a killer, have threatened your family, impeached you and if they had their way would imprison you or worse.

Name the Snake(s) and let the mongoose loose.

Ricki Ticki Tavi and friends await the call and no one is hungrier than the unmasked American Lion.

Looking back at the Mount St. Helens eruption

Sun May 17 , 2020
Forty years ago, on May 18, 1980, a volcano in Washington state erupted, killing 57 and triggering a debris avalanche that destroyed hundreds of square miles of forest. Correspondent Luke Burbank talks with Steve Olson, author of “Eruption: The Untold Story of Mount St. Helens,” about the largest volcanic event […] 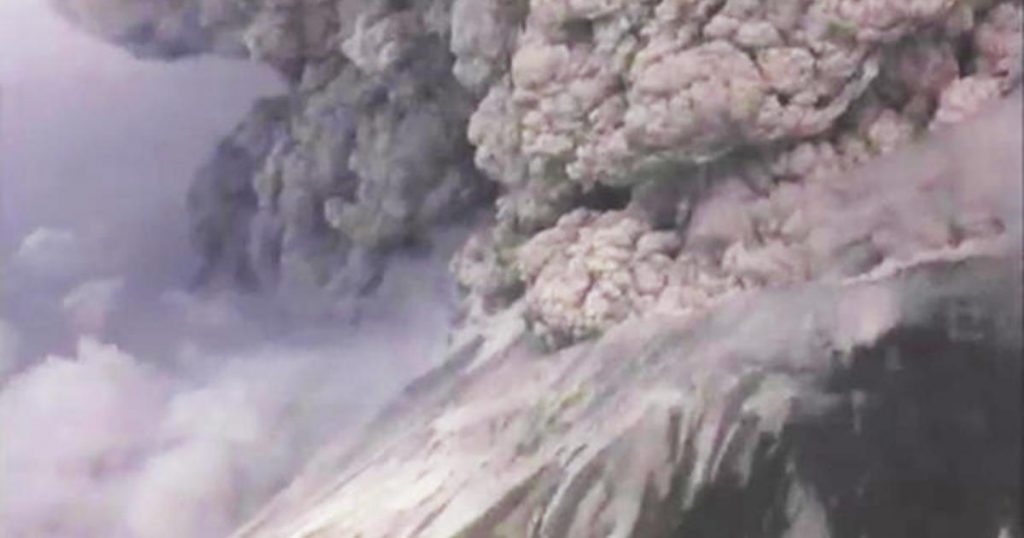