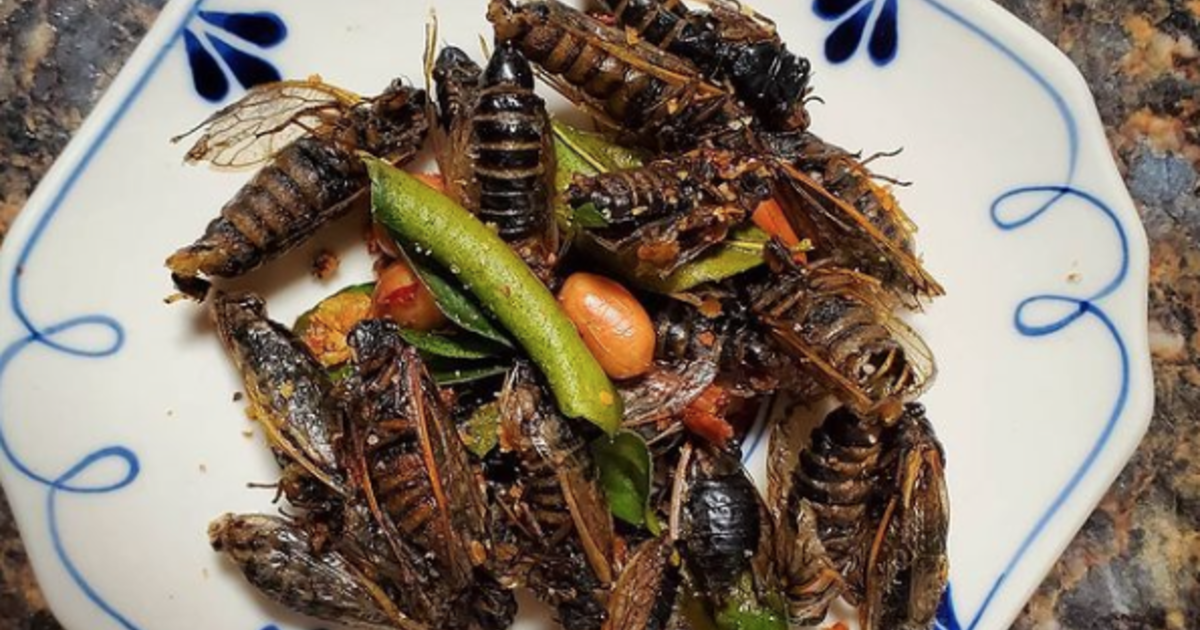 Billions of Brood X cicadas are emerging after being underground for 17 years. As many in the eastern U.S. anxiously await their arrival, others are preparing for their plates for what they say is a delicacy.

So far this year, the cicadas have been spotted in Washington, D.C. and several states, including Pennsylvania, Michigan, West Virginia, New York and Georgia. The winged bugs did not emerge silently — the sound of the swarm can reach up to 100 decibels. People have described so many bugs in one place that it appeared “the ground was moving,” and there are countless reports of people holding — or being covered in — multiple cicadas.

Jessica Fanzo, a professor of food policy and ethics at Johns Hopkins University, told CBSN on Friday that the insects are “really important” and are the sign of an “incredible moment.”

“It’s a true testimonial to nature’s resilience. With all the major challenges we face — climate change, urbanization, loss of the plentiful diversity — it’s incredible they’ve survived,” she said. “The last time we saw these little critters was 17 years ago and they have just a couple of weeks to come above ground, mature, woo their mates, breed and then die.”

But before they can meet the end of their natural life cycle, many will end up on peoples’ plates. Maybe not in the U.S. or Europe, Fanzo said, because of “the ick factor,” but worldwide, billions of people consider the short-lived insect a special staple.

In Mexico, many eat grasshoppers; in Thailand, crickets; and in Kenya, termites.

“[It’s] really common around the world to eat insects seasonally, for their taste, for their nutritional importance,” Fanzo said. “And even here in the United States, some Native American populations consumed cicadas in times of hardship, when their land was taken from them and they faced starvation. For some Native American populations, these foods have a historical importance for their survival. But it’s all about what you’re used to.”

Eating cicadas, Fanzo explained, is also good for the environment.

The exact nutritional content of cicadas is not known, she explained, but insects can go “pound-to-pound” with red meat with some nutrients. Insects, Fanzo said, are usually anywhere from 20 to 70% protein and have high amounts of iron and zinc.

One study, published in NFS Journal in 2016, said that there are over 2,000 known edible insect species and that eating insects is common in 113 countries. The protein content of insects varies depending on the type and development stage of the insect. Some edible insects, the study found, also have “a reasonable amount” of minerals and vitamins.

Cicadas, Fanzo said, are “definitely an alternative source of protein,” that humans can consume.

“Livestock, particularly, contributes a lot of greenhouse gas emissions, but they are also a major cause of deforestation and biodiversity loss. So what can we replace beef with, or at least decrease our consumption of some of these intensive environmental footprint type foods?” Fanzo said, “Insects, along with smaller animals like chicken or seafood, plant-based proteins, all play a role, not only for our nutritional needs but for treading more lightly on the planet.”

Sat May 22 , 2021
OAN NewsroomUPDATED 4:01 PM PT – Saturday, May 22, 2021 A judge in Georgia rules to unseal mail-in ballots paving the way for a full forensic audit of the votes in Fulton County. One America’s Pearson Sharp has more. MORE NEWS: NYC Pro-Israel Protesters Attacked, Dem Leadership Called Out For […] 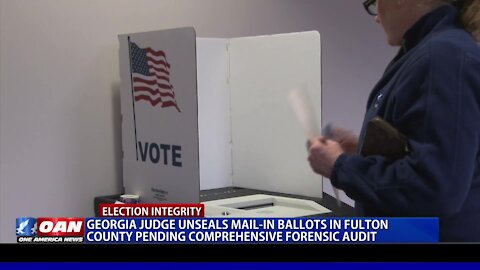