This was one of the many titles bandied about American mainstream media in regard to a successful Republican female candidate.

Had this been Stacey Abrams the title would have read, “Svelte runway model and financial genius, with the million dollar smile, loses Georgia race to racism.”

Instead a woman who supports Q, and won a Primary, is being labeled as a conspiracy theorist, otherwise known as a joke.

The joke is on them.

I’ve always been fascinated by the phrase Conspiracy Theorist.

A theory or hypothesis is simply an educated guess.

Something of relative importance that is believed but hasn’t any current factual proof, not that Liberals have any regard for either facts or proof.

Einstein, Edison and Telsa all had theories and societies who have citizens who hypothesize are always ahead of the curve.

To theorize is to dream, to dream is to live, to live is to be free.

These United States continue to remain Free because enough Americans theorize and hypothesize every second of every day.

A conspiracy is the act of two or more in concert to harm another or a “a secret plan by a group to do something unlawful or harmful.”

To conspire is not a theory.

When two or more conspire it is a fact.

JFK was indeed shot dead in the streets of Texas through a conspiracy.

This is not a theory yet we’ve heard this language our entire lives.

It’s now being used to target those who fall outside the Liberal/Progressive/Oppressive Agenda.

Although I am not a believer in Q I know many wonderful Americans who are and I support them one hundred percent.

My issue with Qanon isn’t that it isn’t possible, it’s that I haven’t seen any facts to support their claim.

Q may or may not be true but the one thing I am sure of is they haven’t hatched “a secret plan to do something unlawful or harmful” to others.

At a minimum Q allows their believers to “trust the plan” and that eventually, the criminality and specifically human trafficking/child abuse happening now, will end.

What the hell is wrong with that.

God bless Q and all of you who trust.

I would love for you to be right.

On the other hand we know a conspiracy did take place when the Obama Administration trafficked weapons into Mexico causing the murder of Americans, Mexicans, and at least one member of the United States Border Patrol named Brian Terry.

We know a conspiracy took place when the Obama Administration helicopter dropped, in the middle of the night, billions in United States currency to the Supreme Leader in Iran. This money was then sent to Hamas and Hezbollah who used it to target and kill American military.

At the time Secretary of State John Kerry admitted that they knew this would happen.

We know a conspiracy took place with the attempted coup of a newly elected President and was put in place BEFORE the Obama Administration left office.

We know targets were unmasked, laws broken and that Barack Obama orchestrated it all.

Yet for some reason we live among humans who blame a theory, Qanon, for everything that is wrong and support those who have actually conspired to commit acts that have caused the murder of American military, law enforcement and citizens in general.

Furthermore the conspiracy doesn’t stop there.

Jeff Sessions completely ignored the Treason happening under his watch with his “recusal.”

Some would proffer a theory that he was part of the conspiring.

I would not disagree.

Another Bush “fixer” who has more in common with Comey than not.

The only question left for the American People to ask is this.

If conspiring to harm and kill others is allowed and protected by the Powers That Be when will We The People stop theorizing and start conspiring on our own.

Sun May 24 , 2020
Afghan policemen stand guard at a check point during Eid al-Fitr, a Muslim festival marking the end the holy fasting month of Ramadan, amid the spread of the coronavirus disease (COVID-19), in Kabul, Afghanistan May 24, 2020. REUTERS/Mohammad Ismail May 24, 2020 KABUL (Reuters) – The Taliban declared a three-day […] 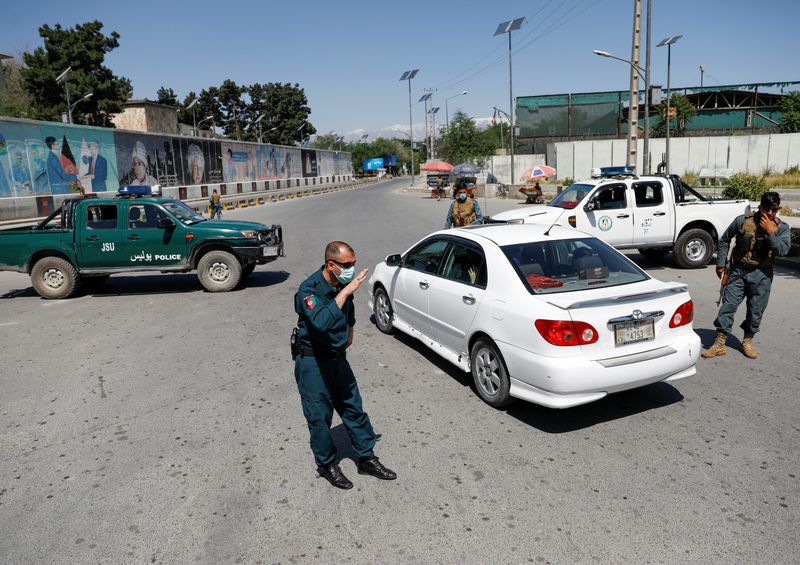