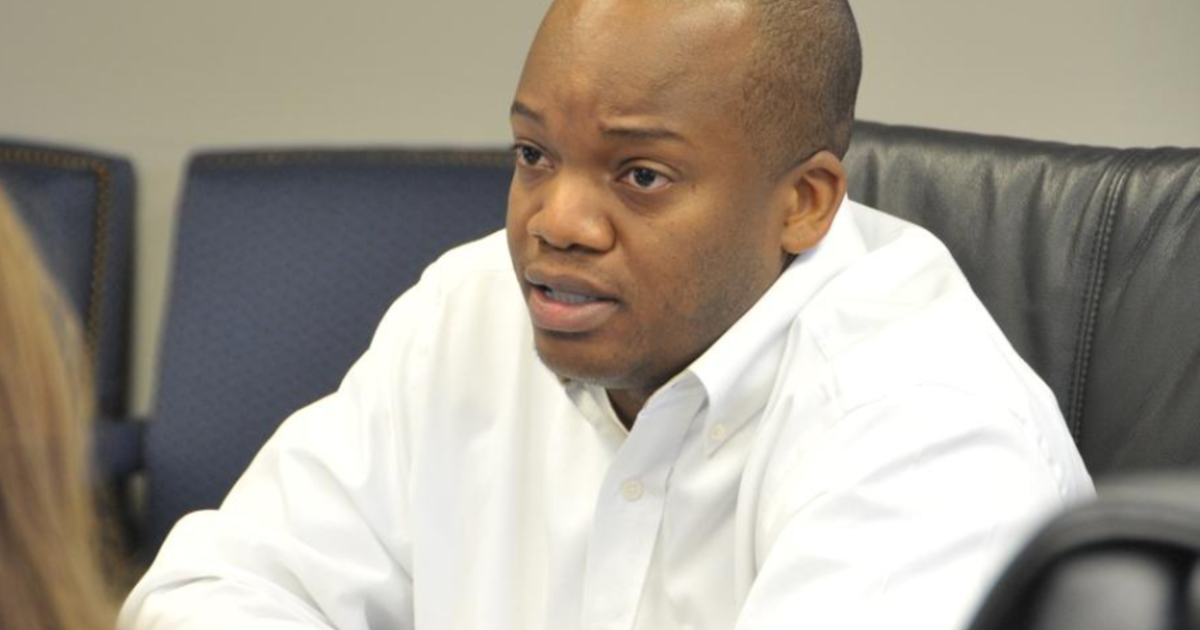 CBS News’ Jeff Pegues confirms that the former top personnel officer at the Federal Emergency Management Agency is being investigated for widespread sexual harassment. According to an internal FEMA report, Corey Coleman, who was in charge of FEMA’s personnel department from 2011 until June 2018, is alleged to have hired college friends and women he encountered on online dating sites, and then, he is accused of transferring some of those women into departments where his friends worked, so that his friends could have sex with them.

The Washington Post first reported the details of the internal investigation, which was completed Friday.  FEMA Administrator Brock Long called allegations against FEMA’s former chief of personnel are “deeply disturbing,” and he said in a statement that he had “no choice” but to request further investigation by the DHS office of the Inspector General.

“These allegations are deeply disturbing and harassment of any kind will not be tolerated at FEMA,” Long said in the statement.

Long told the Washington Post that Coleman had led a “toxic” environment. The college pals and women from bars and dating sites were, he said, promoted by Coleman without going through the normal federal personnel practices. It was “a systemic problem going back years,” Long said, to 2015.

An employee told Long directly that Coleman had sexually harassed her, according to the Post. Long forwarded the complaint to the general counsel’s office.

The preliminary investigation, according to the Post, found that Coleman had sexual encounters with two subordinates, one in 2015 and one in 2017 to 2018. Both went on work trips with Coleman but had no official reason to be on the trips. According to the Post, when one woman broke up with Coleman, he tried to continue dating her. The woman told FEMA investigators that Coleman had then denied her a promotion and tried to fire her, but she was able to continue working by suggesting she might be willing to date him again, the Post said, citing the internal report.

The second woman reportedly tried to leave FEMA, but Coleman convinced her to stay by creating a new position, the Post reported. It was a position for which she was unqualified, the woman told investigators.

Former FEMA Administrator Craig Fugate, who led the agency from 2009 to 2017, told CBS News’ Ed O’Keefe that he was surprised by the allegations.

“If you had given me the names of five or six people who’d been accused of sexual harassment, and he was on the list, I wouldn’t have believed it,” Fugate said in a phone conversation. “I just couldn’t picture it.”

“It’s extremely upsetting,” Fugate added. “To me it was totally out of character. If I’d heard that there was an inkling of this — I’m trying to associate what the story is with the person I worked with.”

Most of Fugate’s interactions with Feldman involved the challenges of hiring personnel and the length of time it took to hire people. “We spent a lot of time trying to shorten that process,” he told O’Keefe.

Another senior FEMA official told O’Keefe that Coleman had been hired from the Secret Service into Human Resources at FEMA. This official received no complaints about Coleman in the two years they worked together. However, the Post reported that FEMA officials said the inspector general’s office had received complaints about Coleman before Long arrived at the agency, and those complaints were referred back to the agency for further investigation.

“As someone who worked with this guy, you feel like a schmuck now reading what he might have done. It’s a personal f- you to me and a lot of others. There’s a feeling like, ‘Really? You were put in this job and you did this?'”

The official is concerned that partisanship may enter the investigation, too. At the point, though, the chairman and ranking member of one of the investigating committees in Congress responded similarly to the allegations.

House Oversight and Government Reform Chairman Trey Gowdy, R-South Carolina, called the revelations “deeply alarming” and said his committee would pursue the issue and ensure any federal employees who engaged in harassment and misconduct would be held accountable.

“Any agency employee, much less the top human resources official, engaging in pervasive harassment, bullying, and gross misconduct is disturbing and enraging,” he said in a statement. “It is equally concerning this behavior was allowed to continue for so long.”

Ranking member Elijah Cummings, D-Maryland, called for hearings on the matter and condemned the officials involved. “Today’s report reveals that one of FEMA’s top human resources officials—whose job it was to secure a safe and stable work environment—abused his subordinates by demanding sexual favors and then punishing or rewarding employees based on whether they complied with or rejected his demands,” Cummings wrote in a statement.