(Reuters) – Chinese players on the elite U.S. professional women’s golf tour have pulled out of this week’s tournament in Taiwan at the 11th hour, after being told by someone “high up” in China to skip the event, sources familiar with the situation told Reuters.

They said world number nine Shanshan Feng and rookie Yu Liu were told during last weekend’s event in Shanghai that they should not play in the Swinging Skirts LPGA Taiwan Championship, which starts in Taipei on Thursday.

China, which views self-ruled Taiwan as a wayward province, has ramped up pressure to assert its sovereignty. Ties have deteriorated since 2016, when President Tsai Ing-wen of the independence-leaning Democratic Progressive Party came to power.

The United States sent two warships through the Taiwan Strait on Monday in its second such operation this year, as its military steps up the frequency of transits through the busy strategic waterway, despite opposition from China.

Sometimes the ill-feeling between China and Taiwan engulfs sporting events.

In July, for example, China blamed “independence activists” for the cancellation of an Olympic event in Taiwan, shrugging off Taipei’s accusation that Beijing’s “political bullying” was behind the revocation of its right to host a youth game.

It is unclear who told Feng and Yu, the only two Chinese golfers confirmed for the event in Taiwan, not to attend, but, barring injury, it is highly unusual for players to withdraw at such a late stage.

One source at the tournament said officials there had no plans to fine the players for withdrawing so late in the day, “given the circumstances”.

A media officer for the LPGA at the tournament told Reuters he was aware the two players had pulled out, but did not elaborate on the reason.

Until Monday, the picture profiles of both Feng and Yu figured on the tournament’s official website and the LPGA had listed their names in the “final field”, but by Tuesday, both profiles were gone from the website.

Ruby Chen, the Shanghai-based agent for both Feng and Yu, told Reuters on Tuesday the golfers would not attend the Taiwan event, but declined to comment why they were withdrawing, while denying that any pressure had been put on them to do so.

Contacted by Reuters for comment, the General Administration of Sport of China said it had no idea about the incident and referred queries to the golf association.

The China Golf Association did not answer several telephone calls to seek comment.

This is the second time Rio Olympic bronze medalist Feng has skipped an event on the LPGA Tour due to outside pressure.

In March 2017, she was told it was “in her best interests” not to take part in an event sponsored by South Korean conglomerate Lotte as a diplomatic row between Beijing and Seoul over a missile defense system spilled into the sports world.

Feng, who joined the lucrative U.S. tour in 2008, played in the Swinging Skirts event last year when it was staged in Taiwan for the first time as part of the LPGA calendar.

She also played in the Fubon Taiwan Championship from 2014 to 2016 after skipping Taiwan-based tournaments from 2011 to 2013.

Feng usually made the decision about whether to play in the event based on her schedule, said Chen, the two players’ agent.

“However, in the past there have also been times she hasn’t attended this Taiwan tournament, which has been according to her competition schedule.

While headquartered in the United States, the LPGA describes itself as a “global tour”. This year 11 of its 33 tournaments are being staged outside North America.

Its playing roster is equally broad, featuring players from some 30 countries and territories.

The Tour is now on its end-of-season Asian swing, which includes tournaments in China, Japan and South Korea.

The Swinging Skirts Golf Foundation is a “non-profit organization based in Taiwan, composed of amateur golfers who are focused on growing women’s golf around the world”, the LPGA website says.

Howard Liu, the foundation’s tournament operation director, confirmed that two players from China had applied to withdraw from the event in Taiwan, adding that the reason was unclear.

“Players withdraw from competition for various reasons. We respect their decision,” he told Reuters by telephone, declining to comment further.

Mississippi Senate special election could go to a runoff as Democrat Espy tries for upset: Poll

Tue Oct 23 , 2018
A Senate special election in red Mississippi could head to a runoff in late November as Democrat Mike Espy pushes to upset Republican Sen. Cindy Hyde-Smith, according to a new poll. In the Nov. 6 contest, 38 percent of likely voters prefer Hyde-Smith, 29 percent choose Espy and 15 percent […] 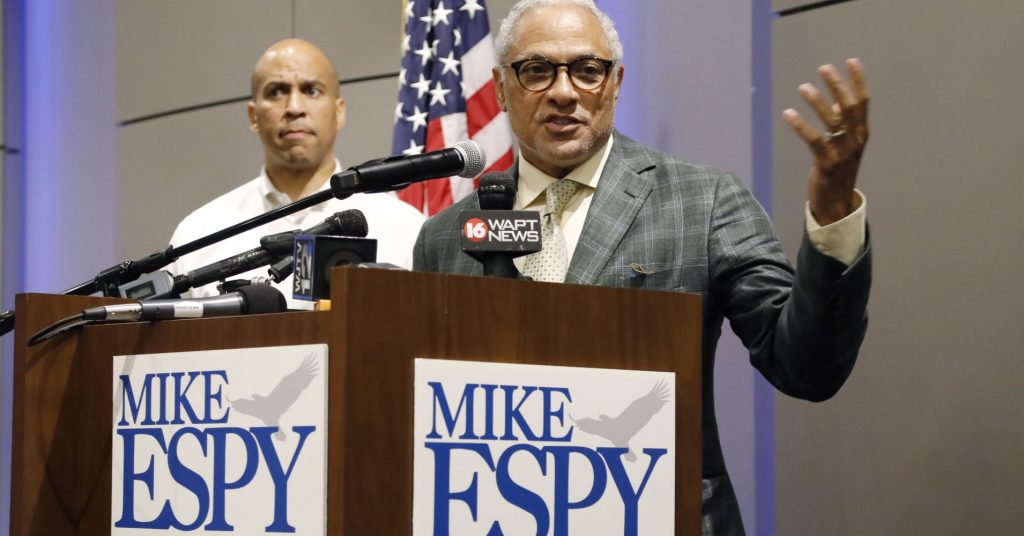