People take off their face masks in protest on November 3, 2020 in Venice, Italy.

LONDON — The key to improving compliance with coronavirus health measures lies in effective communication between policymakers and the broader population, infectious disease experts have said.

It comes as several European countries seek to impose fresh lockdown measures to tackle the spread of the disease, almost eight months after the WHO first declared Covid-19 a pandemic.

Countries including the U.K., Germany, France, Italy, Spain, Belgium, and the Netherlands have all moved to reintroduce strict health measures as Covid-19 infections continue to rise.

The government-imposed restrictions have sparked at times violent clashes across the region in recent days. It appears to reflect a growing sense of frustration with governments’ responses to the pandemic, and amid concern the draconian measures are likely to remain in place for some time.

“We have, in many nations, had strict restrictive measures for very many months and we don’t see them ending. We know now that we are going to have to start living with this virus in a more chronic way — really, in the long term,” said Dr. Olivia Tulloch, CEO of Anthrologica, a leading research-based specialist in applied anthropology in global health.

“And so, people feel fatigue, confusion, and frustration to do with the measures that are being directed at them. People look at the measures that are designed to protect them and they can see that they start to undermine other parts of their existence,” Tulloch said during a webinar for think tank Chatham House last month.

“If you are in a place where the messages are changing and are not consistent or it has been heavily politicized, I think you do see that trust and willingness to comply can be undermined.”

The situation has reignited a debate about how policymakers can try to reach out to so-called Covid “refuseniks” — those who refuse to comply with the public health measures expected of them.

That’s because some choose to ignore recommendations from policymakers and the United Nations health agency due to a perception that the measures represent an assault on their personal freedom or economic wellbeing.

We have to make sure that those people who feel strongly about an issue are heard … because it is only through dialogue between a government and its people that things can become better.

To be sure, the WHO recommends people protect themselves and others by wearing a mask, practicing physical distancing, keeping rooms well ventilated, avoiding crowds, washing their hands, and following any further local advice.

“In the short term, there might have been real willingness to follow the advice and the guidance that we had in the earlier days of the pandemic but that’s waning because there are other things, like access to other social and welfare and health services, or access to families, or the ability to earn a living,” Tulloch said.

To date, more than 48.7 million people have contracted the coronavirus worldwide, with 1.23 million related deaths, according to data compiled by Johns Hopkins University.

A paramedic wheels a woman out of an ambulance outside the Burgos Hospital in Burgos, northern Spain, on October 21, 2020, on the first day of a two week lockdown in an attempt to limit the contagion of the new coronavirus COVID-19 in the area.

Dr. David Heymann, who led the WHO’s infectious disease unit during the SARS epidemic in 2002-2003, identified two critically important tools for policymakers seeking to ensure as many people as possible abide by the rules: messaging and the tradition of the society.

“We have to make sure that those people who feel strongly about an issue are heard … because it is only through dialogue between a government and its people that things can become better,” Heymann said during the same webinar event.

“The natural tendency of humans is to defy when there is something that they feel is infringing on their personal space or their rights. And so, it is a very difficult activity for a government to help make a social contract if they are going to be too authoritarian.”

One common mistake among policymakers around the world, Heymann and Tulloch agreed, was an overreliance on data and statistics when emphasizing the importance of following the latest public health measures.

“We can use the example that in some cases we have become very familiar with this term the ‘R’ number, as if this is a concept that everybody should be able to absorb and understand and we hear it all of the time,” she said, adding this term “very often” just confuses people.

The so-called “R” number, or rate, refers to the number of secondary infections generated from one infected individual, on average, assuming there is no immunity among a population already.

Put simply, it gives experts an indication of the extent to which the coronavirus is being spread, or reproduced, among a population. The higher the reproduction rate, the higher the risk of a virus spreading exponentially.

“Governments that are using those sorts of terms are not necessarily going about things in the best way in terms of making sure that … people know how to interpret the guidance they are given. If you get the relaying of the information wrong, you lose people, you lose communities, you lose trust and so I think that would be one part of it,” Tulloch said.

“We need to use better ways to communicate effectively to people that they as individuals have some control, some agency in this pandemic, and can have a degree of responsibility themselves. The nanny state approach is not really going to work in this pandemic in the long term.”

Fri Nov 6 , 2020
Fox Business Flash top headlines are here. Check out what’s clicking on FoxBusiness.com. TOKYO/NEW YORK – Global stocks eyed an all-time peak while the dollar and U.S. bond yields stayed sluggish on Friday on hopes a divided U.S. Congress would hinder large government borrowing, which could pave the way for even more […] 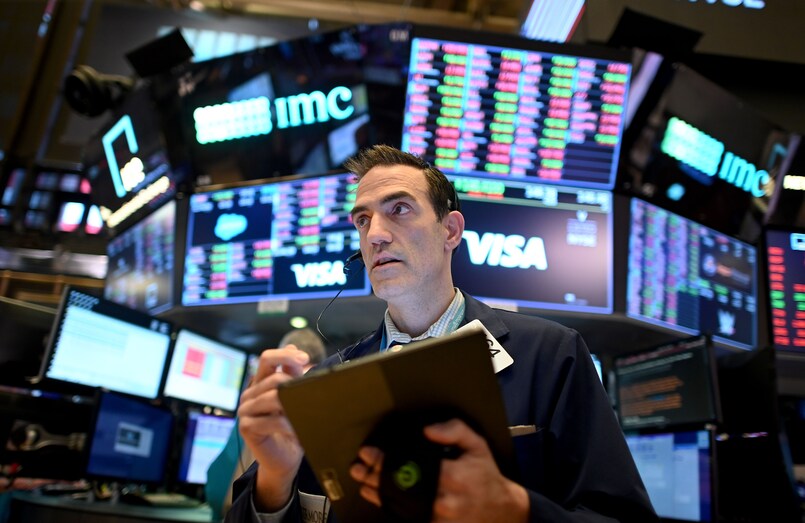