Living in a small city has its advantages and disadvantages, depending on what people living there expect in day to day living. I never anticipated the coronavirus would affect anything that happens here where I live.

In my lifetime I’ve lived in big cities for the bulk of that time but this has changed for me fifteen years ago, in 2005, when I moved to a relatively small city.

Last week I received an alert on my phone. We get these alerts when a meeting, party or something happens that affects us who live here. I’m in  a gated community that has a Board of Directors, which I was a director of, off and on in the past. I was always available to help my community. I am still an Internet correspondent who posts updates and holiday greetings along with a gentleman who has good computer skills.

As I listened, I heard the alert was in connection to the coronavirus, which has affected the United States and worldwide countries. I was told by the automated phone alert that the clubhouse, where meetings have taken place, was being disinfected due to state concerns. Alerts, came through my phone, of where I can have food delivered from along with common sense about washing hands and staying away from crowds. A meeting that was scheduled was cancelled.

Monday, March 16th, my dog groomer called me to cancel my Teacup Poodle’s grooming appointment for March 25th because the state of Pennsylvania has cancelled all non essential businesses to close.

That was the end of my keeping “business as usual.” My groomer is under sixty and her husband is too. They are the only two people at the grooming facility. Still, the business is shutting down due to suggested state requirement.

My dog is thirteen years old but dogs cannot transmit the virus. Cats can transmit the disease, as I have researched, but normally do not require grooming. Where is the big risk? I guess that people bringing their dogs for grooming could be sick or contagious? That’s a difficult question because people can be carriers of COVID-19 and not know it.

It is not my intention to alarm others but I have to admit that my everyday life has been impacted.

Okay, it’s difficult to make me get overly concerned by this panic that has ensued in this country and has instilled fear in many citizens but I am beginning to take a good look at what is going on and why.

Who benefits from the coronavirus and who doesn’t?

If there were a change of administration in the U.S., China would most likely benefit. China has had to start paying their fair share to the U.S. under President Trump and the Trump administration. It is costing China money which they never had to pay under former administrations.

People not having contact with each other brings on the reality that sporting events, concerts and any gatherings must be stopped for an undetermined length of time. That would also make Trump rallies, which bring like-minded people together and brings unity  and support for Trump, impossible to have and, in effect, grow.

At the same time, it cancels campaigning through gatherings of people impossible for Democratic candidates. Indications show who the DNC wants to run against Trump and that is former Vice President Joe Biden.

Biden is not a good debater or public speaker, to say the least. We’ve all seen the gaffs and false information that come each and every time that the man opens his mouth. Biden has also resumed sniffing small children and hair, something that he had been instructed not to do. Democrats benefit from Biden not left to be with the public.

I don’t claim to be an authority on this pandemic but common sense seems to help me put two plus two together. The answer remains consistent. The money trail leads to China. It is the country where COVID-19 originated.

It’s pretty clear to me that some in government, especially those on the left, have been creating a state of panic. The mainstream media has been behind those spreading fear and they’ve contributed to alarming the general population.

Stay safe, wash your hands and stay home if you are elderly. Practice common sense. Our lives have been impacted in some way shape and form. I know that my life has been affected, has your life been impacted?

Tue Mar 17 , 2020
Former Shell Oil President John Hofmeister discusses his outlook for the oil market amid coronavirus fears and the Russia-Saudi price war. The energy market is reeling after a devastating one-two punch from the COVID-19 pandemic and the oil-price war between Saudi Arabia and Russia. Continue Reading Below The blow has forced […] 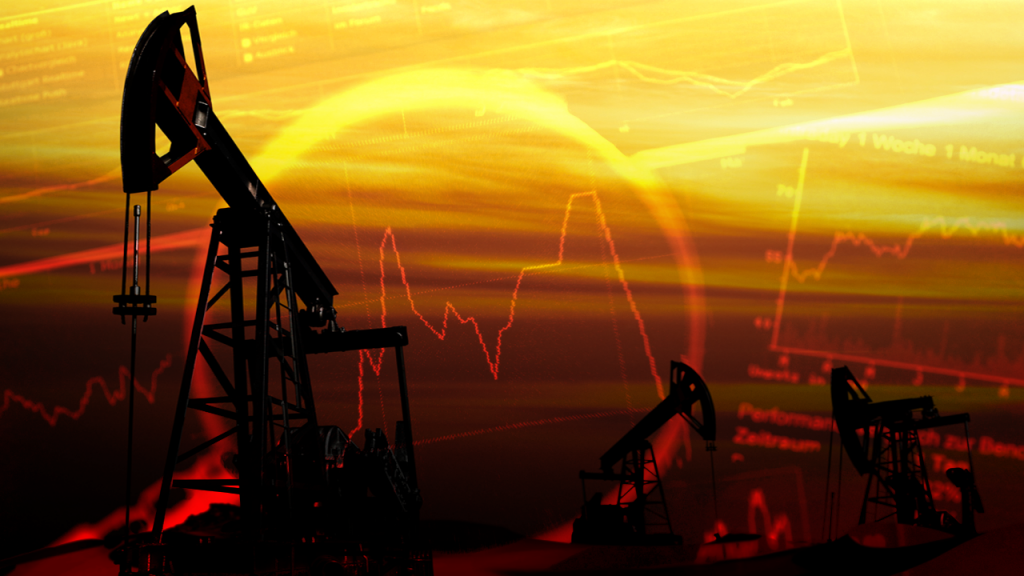