FILE PHOTO: A security guard walks on the bund in front of the financial district of Pudong in Shanghai, China July 27, 2017. REUTERS/Aly Song/File Photo

SHANGHAI (Reuters) – China’s state firms are facing growing obstacles in expanding their overseas businesses due to foreign concerns about their links to the Chinese government, the state-owned tabloid Global Times reported on Thursday.

The paper said “politically charged” accusations by foreign countries were a reminder that China needed to accelerate the pace of reform among its state-owned enterprises (SOEs).

It cited a joint statement from the United States, Europe and Japan last week criticizing “non-market-oriented policies and practices that lead to severe overcapacity”, which appeared to be targeting China.

China in 2015 began a series of ambitious reforms aimed at revamping its sluggish state sector by injecting private capital and changing ownership structures.

But while senior officials have said market forces will play a greater role in decision-making, they have also insisted on strengthening the “leading role” of the Chinese Communist Party in state enterprises.

The Global Times cited researchers as saying that reforms have been too slow and government authorities have continued to play a major role in overseas investment decisions, adding that the government should be responsible for managing capital rather than individual companies.

Xiao Yaqing, chairman of the State-Owned Assets Supervision and Administration Commission (SASAC), said this week that SOEs must prevent and control overseas risks.

He also said China must “unswervingly” stick to the principle of strengthening Party leadership among SOEs, according to a notice posted by SASAC on Monday.

Bolton takes back seat, but remains a looming presence for the North Korea summit

Thu Jun 7 , 2018
Just weeks after John Bolton’s hardline rhetoric infuriated North Korea and nearly derailed a planned summit between Kim Jong Un and President Donald Trump, the U.S. national security advisor appears to have taken a back seat to Secretary of State Mike Pompeo for the historic meeting. While the hawkish Bolton […] 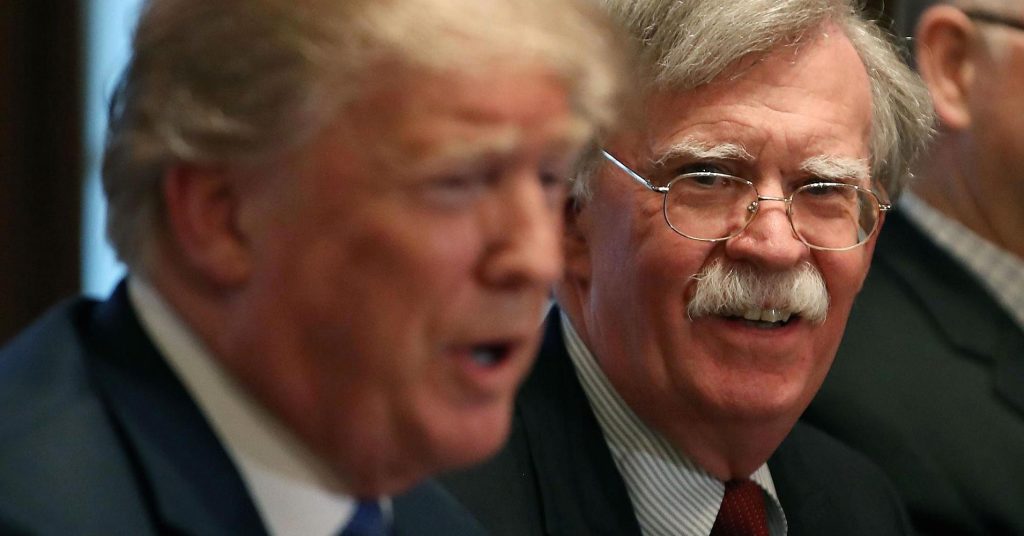