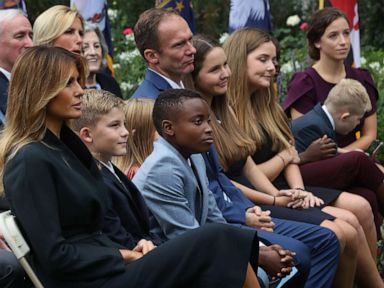 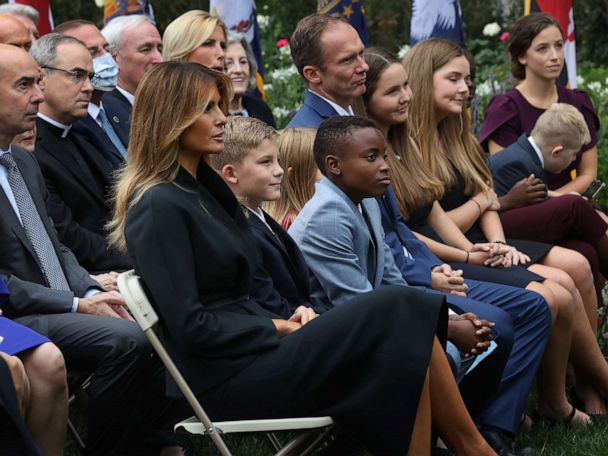 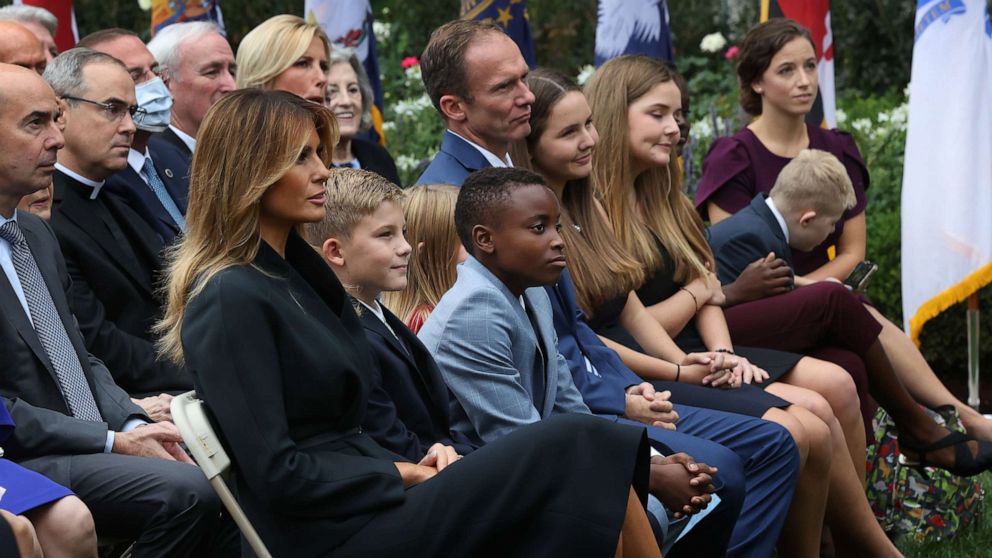 Many of those guests were seen not wearing masks, fist bumping and greeting one another in close proximity, and their seats didn’t appear to be 6 feet apart.

Five days later, on Thursday night, a news leak revealed Hope Hicks, one of Trump’s closest advisers, had tested positive for coronavirus, then the president announced he and first lady Melania Trump had also tested positive. The president and his wife were present at the event, but Hicks was not.

On the following Monday, nine days after the event, White House press secretary Kayleigh McEnany confirmed she had tested positive, becoming the ninth person who attended the affair to become infected. She said she had no symptoms and it wasn’t clear how she might have caught the virus. Later Monday, two of McEnany’s deputies in the White House Press Office — Chad Gilmartin and Karoline Leavitt — were confirmed to have tested positive as well, bringing the total to at least 11.

On the previous Friday, Utah Sen. Mike Lee, also at the Rose Garden, announced he had tested positive for COVID-19 after experiencing “symptoms consistent with longtime allergies.”

Lee said he would “remain isolated for the next 10 days” and “will be back to work in time” to pursue Barrett’s nomination.

Prior to her judgeship, Barrett made a name for herself at Notre Dame Law School, also her alma mater. During her 2017 confirmation process, her Notre Dame Law colleagues penned a glowing – and unanimous – endorsement letter.

University of Notre Dame President Rev. John Jenkins was also at the Rose Garden event and also announced Friday he had tested positive for the virus.

In a statement from the university’s vice president, Paul J, Browne, he said Jenkins “learned that a colleague with whom he has been in regular contact tested positive for COVID-19. … As a result, he is entering an extended period of isolation as indicated by University medical personnel and county health officials.”

“My symptoms are mild and I will continue work from home,” Jenkins said in the statement. “The positive test is a good reminder for me and perhaps for all of how vigilant we need to be.”

North Carolina Sen. Thom Tillis, who also was at the Rose Garden, announced Friday night that he, too, had tested positive for COVID-19. In a statement, he said he had tested negative on Saturday, “but tonight my rapid antigen test came back positive.”

“Thankfully, I have no symptoms and I feel well,” said Tillis, who added that he plans to self-isolate at home for 10 days and notify close contacts.

A member of the Senate Judiciary Committee, Tillis said he met with Barrett after the announcement on Saturday and again on Wednesday. He was seen meeting with Barrett on Wednesday while neither wore a mask.

Tillis also took part in a debate with the Democratic challenger for his Senate seat, Cal Cunningham, on Thursday night. The two greeted each other before the debate, but were wearing masks and only bumped elbows. Cunningham said Friday night he would get tested.

On Friday night, Kellyanne Conway, who served as counselor to the president until earlier this year, and who was a regular spokesperson for the White House, announced on Twitter she had tested positive. Conway, 53, said she is experiencing mild symptoms.

“Tonight I tested positive for COVID-19. My symptoms are mild (light cough) and I’m feeling fine,” she wrote. “I have begun a quarantine process in consultation with physicians.”

Conway was sitting in the front row at the Rose Garden announcement and was seen mingling with guests and other White House officials while not wearing a mask.

Attorney General William Barr also was at the event and seen without a mask, chatting in close proximity to Conway, but a Department of Justice spokesperson said he tested negative on Friday.

Former New Jersey governor and ABC News contributor Chris Christie, who had attended the event, tweeted Saturday morning, “I just received word that I am positive for COVID-19.”

“I will be receiving medical attention today and will keep the necessary folks apprised of my condition,” wrote Christie, who was also seen mingling maskless at the announcement.

Christie had also helped Trump prep for Tuesday’s debate from the White House on Monday.

Another person at the event, New York Times White House Correspondent Michael Shear has confirmed he tested positive, although he said he wasn’t clear that’s where he was infected.

Editor’s note: An earlier version of this story said Hope Hicks was at the Rose Garden event. She was not. 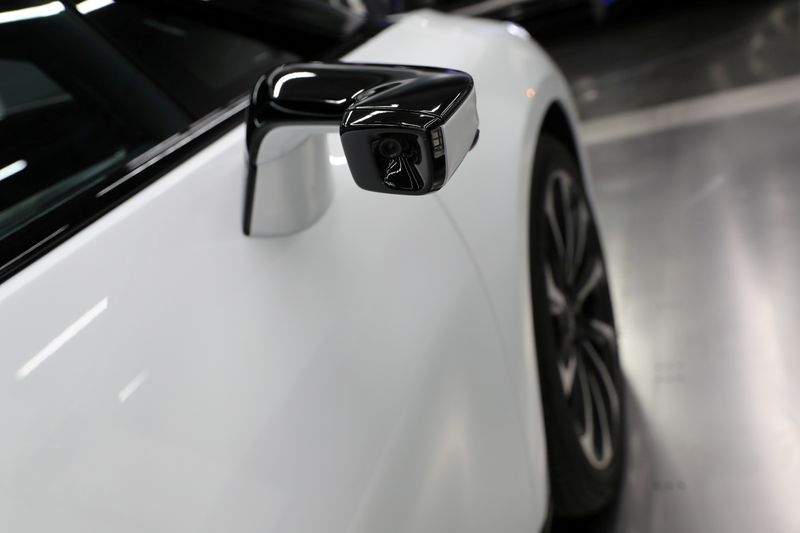