On the Erve of Rosh Hashanah (Rosh Hashanah eve), which marks the start of the Jewish New Year, Supreme Court Justice Ruth Bader Ginsburg succumbed to pancreatic cancer. She was eighty-seven years old.

She had said that she had the good fortune to be a Jew born in the U.S.A. Her father left Odessa bound for the New World in 1909, at age 13 and he mother was first in her large family to be born here, in 1903.

Her mother, Celia, died of cancer the day before her high school graduation in 1948.

Ruth was married to Martin D. Ginsburg who was diagnosed with testicular cancer and endured two operations and radiation therapy to treat the disease during his third year at Harvard.

A few days after their fifty-sixth wedding anniversary Marty Ginsburg died of cancer at the age of seventy-eight.

Ginsburg was appointed to the Supreme Court in 1993 by President Bill Clinton. She kept her position on the high court until she died.

Soon after the announcement of Justice Ginsburg’s death, Senate Majority Leader Mitch McConnell stated that the Senate would vote on a nominee put forward by President Trump to replace her.

In February 2016  Justice Antonin Scalia died and McConnell said then that November voters should have a say and that a new Supreme Court Justice should be chosen by a new president.

Although this seems to be contradictory, keep in mind that Obama wasn’t running for another term. He was, in fact, a lame duck president.

Even so, there are Senate Republicans who would oppose filling the vacancy in the Supreme Court.

Those GOP Senators who could possibly be against confirming a new Justice this close to an election are Senator Lisa Murkowsi from Alaska; Senator Cory Gardner from Colorado; Senator Chuck Grassley from Iowa; Senator Joni Ernst from Iowa; Senator Susan Collins from Maine and Senator Mitt Romney from Utah.

Some of these Senators are in tight races to get re-elected and may not want to make waves.

Actually, even Lindsey Graham from South Carolina is in a very tight race with his Democratic opponent, Jaime Harrison but will vote for a replacement Justice.

Bader-Ginsburg has left instructions that she doesn’t want to be replaced until after the election. This is not her choice to make, though.

My condolences go out to the Bader-Ginsburg family and friends out of respect. May she rest in peace.

Still, Bader-Ginsburg was an icon and a woman of conviction and she didn’t like President Trump. She didn’t retire, even though she was old and dying of cancer, because she didn’t want Trump to get to choose the next Supreme Court Justice. She wanted a new President to choose. Was she that convinced that there would be a new President?

Somehow that sticks in my mind. When you know you have a disease that will end your life in a short amount of time but blandly refuse to step down from a very high position because of dislike for a man in the highest position in the land, I find that problematic.

Is there time to confirm a new justice? Not really. According to the Congressional Research Service, the average number of days from nomination to final Senate vote since 1975 is 67 days (2.2 months), while the median is 71 days (or 2.3 months).

Can the system be rushed and pushed through? I’m not sure because it is unprecedented.

Will Trump and McConnell try to get a new Justice on the highest court in the land before the next election, even with so much in their way?

The answer to that will come shortly and if I were to make a guess, it would be in the affirmative.

Sat Sep 19 , 2020
Outside organizations are gearing up for a battle in the Senate over the Supreme Court seat once held by Ruth Bader Ginsburg.  Many of those leading the effort say the various campaigns will spend millions to sway lawmakers after President Donald Trump chooses Ginsburg’s replacement, who died on Friday after serving […] 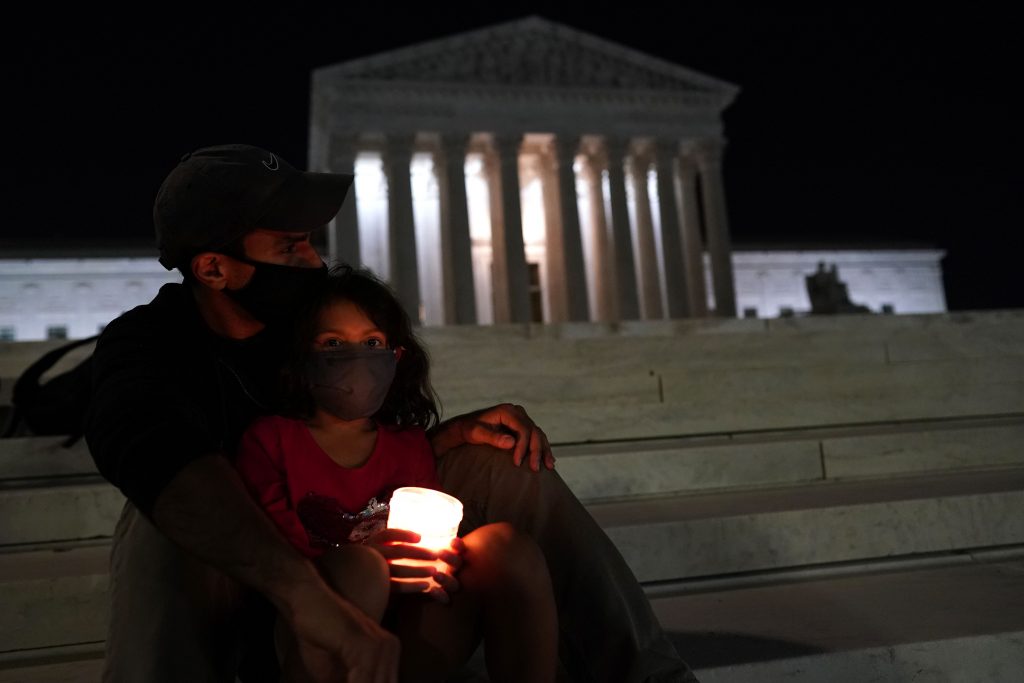