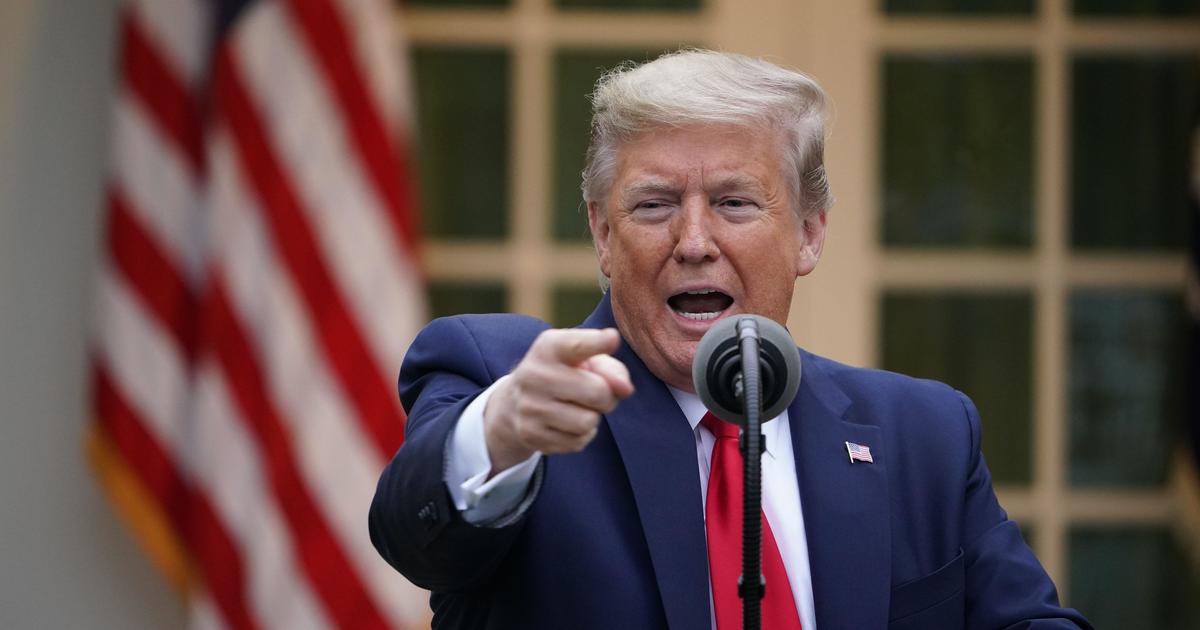 President Trump announced Tuesday that the U.S. will be withholding funding for the World Health Organization, pending a review. The president also claimed plans to reopen the nation are close to being finalized, and said he will soon speak with all 50 governors and authorize each governor to implement such a plan.

The president on Tuesday blamed the WHO for helping accelerate the coronavirus pandemic. Countries that listened to the WHO and didn’t impose travel restrictions are experiencing terrible problems, the president said. Mr. Trump imposed travel restrictions from China in late January, but has struggled to explain what he did with the time he bought. Travel bans “work for the same reason quarantines work,” he said.

“Today I’m instructing my administration to halt funding of the WHO while a review is conducted to assess the WHO’s role in severely mismanaging and covering up the spread of the coronavirus.”

The U.S. contributes more to the organization than any other nation. The president also accused the WHO of failing to earlier report the dangers of the virus, including that it could be spread by human-to-human contact. The WHO “pushed China’s misinformation about the virus,” the president said.

“So much death has been caused by their mistakes,” he said.

The U.S. has the largest number of confirmed cases of any country in the world by far, according to Johns Hopkins University data, although it’s unclear how accurate China’s reporting is. The death toll from the coronavirus continues to climb and on Tuesday surpassed 25,000 in the U.S.

Mr. Trump, who has said he wants to leave the decision to shutter local economies to the states but has also said he has total authority over reopening them, said he will be keeping the states “accountable.” Mr. Trump said he may make the recommendations to open in some places before May 1, the White House’s current target.

Asked what he will do to governors who don’t follow his administration’s guidance and if their funding will be taken away, Mr. Trump said, “I don’t want to say that.” Later in the briefing, the president said he wouldn’t put pressure on states to act as he wants.

Mr. Trump said Monday his administration will soon release guidelines for how states can start reopening their economies. He told reporters that as president, he has “total” authority, and the decision on when to reboot the economy lies with him. But governors, who were responsible for issuing stay-at-home orders, and constitutional law experts disagree.

“The Constitution does not go out the window in an emergency,” Cuomo told CNN in a phone interview. “We don’t have a king. We have an elected president.”

Governors of states from the East and West Coasts have formed regional coalitions to study when it’s best to begin easing restrictions put in place to curtail the spread of the coronavirus.