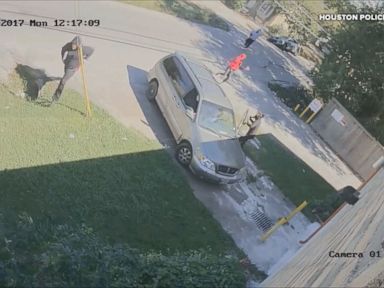 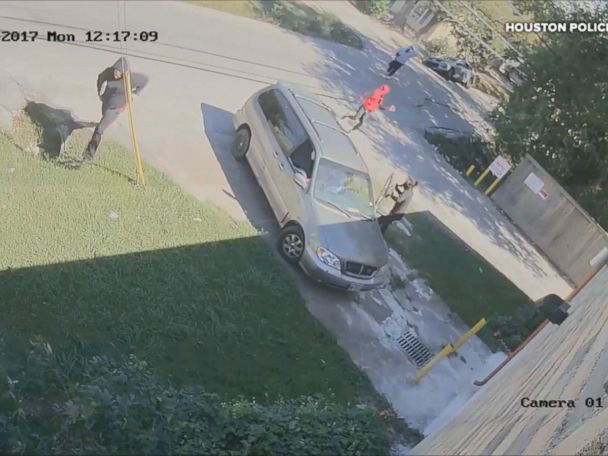 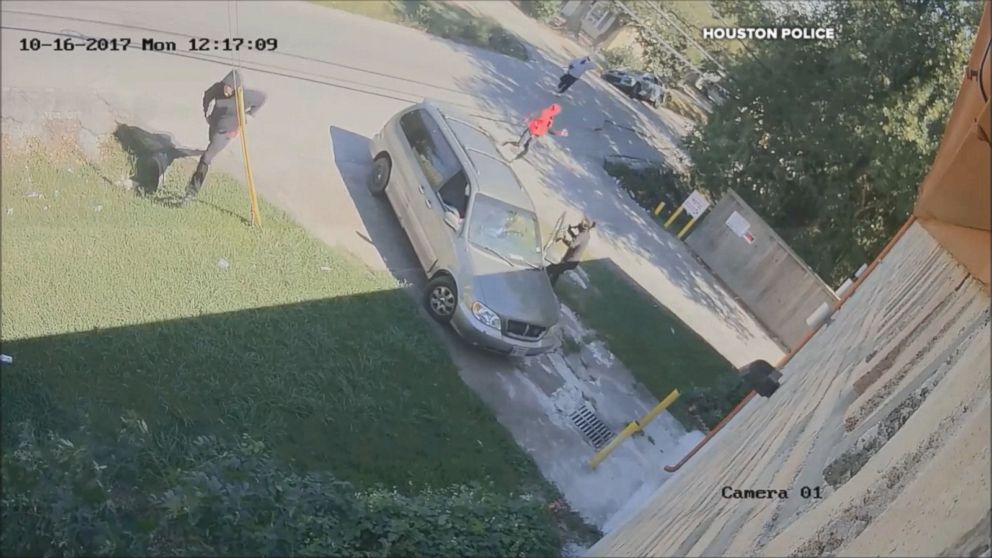 Frightening surveillance video shows four armed suspects carjacking a woman while her 11-month-old niece was with her on Monday.

In the video provided to ABC News by Houston, Texas, police, four people can be seen ditching a wrecked car as they run toward a minivan.

As the woman attempts to park the minivan, the suspects approach it, carrying rifles and firing shots into the air, the video shows. They drag the woman and her niece out of the minivan and throw them onto the lawn.

Three of the suspects proceed to get into the minivan, while the fourth suspect flees on foot, the video shows. That suspect was later arrested by police, and now faces murder and felony deadly conduct charges, according to Houston police.

According to police, the suspects in the video are connected to a homicide that took place earlier that day near the carjacking. The previous shooting killed 53-year-old and injured a 22-year-old, ABC-owned station KTRK reported.

Police have yet to apprehend the other three suspects and are asking for the public’s help.

Any injuries suffered in connection with the carjacking were not immediately released.

Wed Oct 18 , 2017
United Airlines <UAL.N> on Wednesday said its third-quarter net income fell by a third to $669 million from the year-ago period, partly due to $185 million in pretax losses caused by canceled flights during the Atlantic hurricane season. Continue Reading Below The Chicago-based carrier’s passenger revenue per available seat mile, […]